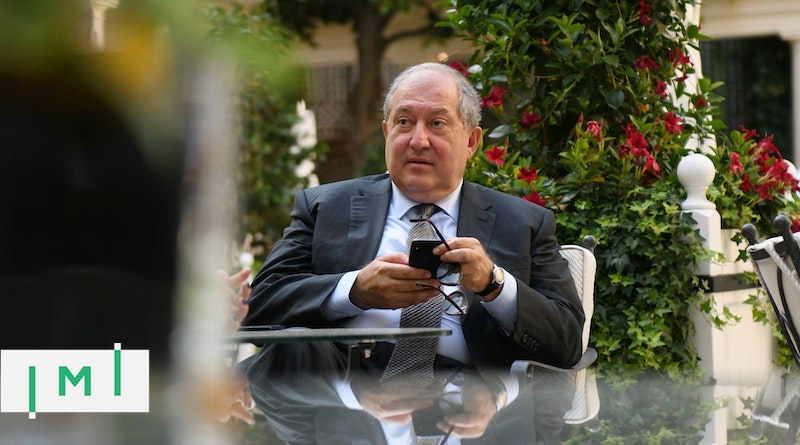 In a move that appears to have been a surprise even to the country’s top leadership, Armen Sarkissian resigned from his post as President of Armenia this Sunday, a position he has held for four years. In a recorded video message posted on the President’s official website, Sarkissian offered a diffuse explanation for his departure:

“At this difficult time for our nation, when national unity is needed, the institution of the president should not be the object of gossip and conspiracy theories, thereby diverting public attention from the most important issues,” Sarkissian stated in his video.

Armenian investigative publication Hetq Online, however, which has been in direct contact with Sarkissian, claims the actual motive behind the ex-president’s decision was that he was a dual citizen at the time of becoming President and that this had come to light. Armenia’s constitution prohibits individuals who have held citizenships other than the Armenian for the preceding six years from occupying the office of President. Sarkissian’s entire Presidency, therefore, has in effect been illegitimate.

Hetq, which had obtained details of Sarkissian’s Kittitian passport, contacted the ex-president to ask for an explanation:

Saint Kitts has a program (Citizenship-by-Investment) whereby people can be granted citizenship in return for making investment. Sarkissian claimed that he thus became a citizen without his knowledge. “…the investment was the driving factor. I was not interested in the passport at all,” he told Hetq.

The President further told Hetq that, upon receiving the passport, he had written to the CBI service provider, asking that his citizenship be “put on hold” and that, prior to his appointment as Ambassador of Armenia to the UK, he had instructed his solicitor to “return his passport to Saint Kitts & Nevis”. Four years later, shortly before becoming President, Sarkissian claims, he discovered that his instructions to “return the passport” had not been followed because the person charged with the task – a senior executive with the CBI firm he had employed – had since died.

Sarkissian appears uncertain as to whether he is still a Kittitian:

Sarkissian told us that he believed that he was no longer a citizen of St. Kitts and Nevis from the moment he requested to put his citizenship on hold after he received it in return for investments.

The matter could now come to represent a juridical morass: If the office-holder was illegitimate all along, all decrees, laws, official appointments including the presidential appointment of the Prime Minister (the office in which real power resides in Armenia) may have been illegal.