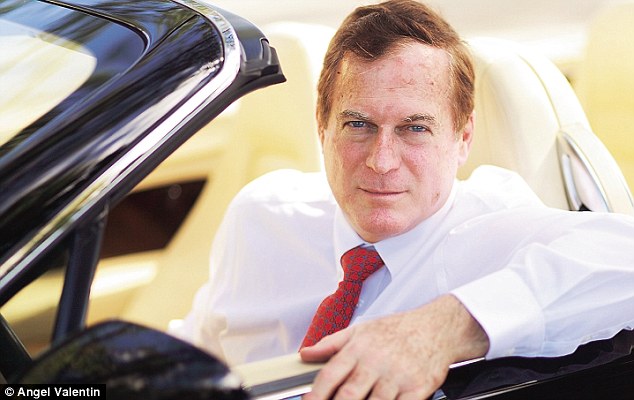 Disbarred attorney, former professional money launderer and perennial thorn in the side of Dominican CIU officials, Kenneth Rijock, is facing a lawsuit for “his malicious and relentless campaign of fake news” against a US company.

Northland Wealth Management Inc. claims, in a complaint filed against Rijock in the district court of Florida, that he wrote over 40 false and defamatory blog posts to destroy its wealth management and financial planning company.

According to Dominican senior counsel Anthony Astaphan, this is but one of several libel cases filed against the author of the Financial Crime blog. Astaphan indicated he has many other court documents relating to Rijock, besides his conviction records, which point to civil judgments against him for civil proceedings, counterclaims and ordinary debts.

Northland’s complaint alleges that, throughout most of the 1980s, Rijock worked as an intermediary between American and Columbian organized crime syndicates, personally carrying large amounts of cash on weekly flights to and from tax havens in the Caribbean.

Rijock purportedly advised criminals on how to launder money and was arrested on charges of racketeering and conspiracy to dupe the IRS. He received a four-year federal prison sentence and subsequently wrote a book entitled “The Laundry Man” in which he boasted of being one of the biggest money launderers in the world.

Astaphan stated that the claim filed and other court papers “merely expose him for what he is, a fraud, which is what we have been saying for the longest while.” Northland’s filing includes a demand of US$15 million in award damages.

Astaphan does not rule out the possibility of Dominican officials taking similar legal actions against Rijock for the libelous blog posts he wrote about the Dominican prime minister and CIU officials. “I think any individual Prime Minister, or politician, or individual, who was libeled by Rijock could sue. I don’t think the country of Dominica could sue, but I think individuals could,” the Senior Counsel explained.

Rijock has previously attempted a similar campaign against Range Developers but was forced to retract and apologize.

July 29, 2020 Christian Henrik Nesheim Comments Off on “HNWIs Are Very, Very Nervous About Risk of Social Unrest”: Asaria on Investment Migration After COVID