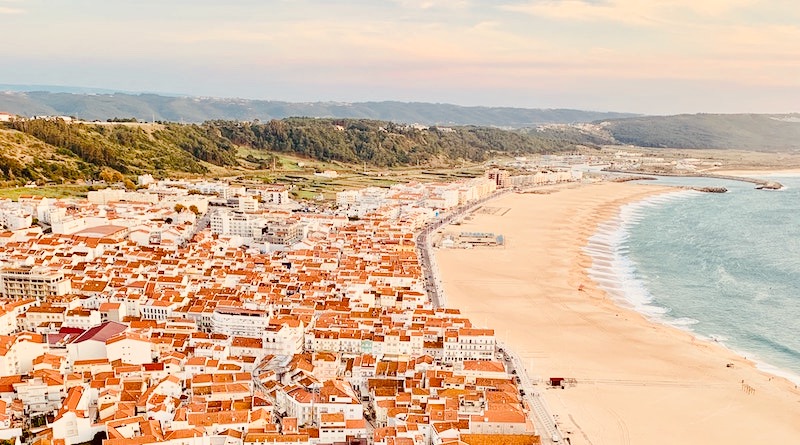 Familiarity is a powerful sentiment; it is magnificently comforting, and it plays a significant role in driving an individual’s decision-making, especially when it comes to life-altering matters.

The effect of adhering to the comfort zone of familiarity is primarily evident in the world of immigration, as global patterns show us. A large portion of Indians will consider the UK as a new home, North Africans will look to France, and many Latin Americans will, unsurprisingly, contemplate a move to Spain by default, even though better options may be available.

People want something acquainted; they want something easy, and they should. But familiarity mustn’t overtake logical reasoning, especially when another familiar option is just beyond the horizon.

Portugal, not Spain, is the best option for Latin Americans

Spanish-speaking Latin Americans looking expand to new territories and/or get a second citizenship may hastily consider Spain as their destination. It makes sense; there is no language barrier, it has a golden visa, a fast track to citizenship for Latin Americans, and the macro-culture is somewhat familiar. However, it would be amiss to overlook Spain’s Western neighbor, Portugal.

Portugal presents Latin Americans with an opportunity superior to that on offer by its Spanish neighbor, and a little consideration of the finer details shows why Portugal should be the destination of choice.

Portugal has a better golden visa framework, a different – but easier – fast track to citizenship, an opportunistic investment environment, absolute acceptance of dual citizenship, and an EU standard of living.

The country also boasts a culture favorably similar to that of Spain, and those worried about the language barrier should not be, as Portuguese and Spanish retain a lexical similarity of almost 90%, and most native Spanish speakers are able to learn Portuguese fluently with little effort within much shorter time frames than, say, English speakers.

Choosing Spain over Portugal because it is more familiar, more intimate, is folly. That perceived comfort should not gloss over the massive benefits the Portuguese golden visa offers, starting with the residency program itself.

A tale of two golden visas

Portugal has issued golden visas to over 29,000 people since its inauguration in 2012, while Spain has granted a little less than 7,500. The gap between the two may be due to various factors, but the pricing and structuring of the program are the primary drivers.

Portugal’s golden visa has a streamlined process that ticks every essential box, starting with a wide array of investment options, with the real estate option starting at almost half the minimum investment amount of the Spanish golden visa (€280,000 vs. €500,000). Portugal also offers a wide array of attractive mutual investment funds for golden visa applicants to choose from, as well as a route for those wishing to establish a business on Portuguese soil.

The Portuguese program is optimized and has a quick process, and, most importantly, requires a minimal residency requirement. To maintain their status, Portuguese golden visa holders need only spend seven days a year in Portugal. If they do so for five consecutive years, they will qualify to apply for Portuguese permanent residence and citizenship. And that there is the keyword – citizenship.

The main allure of the Spanish golden visa is that Spain has a fast track to citizenship for Latin American citizens, as they can apply for naturalization after living two years in Spain rather than the standard requirement of ten. This makes Spain a desirable option, granting an EU citizenship after just a couple of years of living in the beautiful country. However, as short as that time frame may seem, Portugal makes it look long.

The beauty of the Portuguese visa lies in the elegance of its minimal residence requirement. To qualify for citizenship, a person must only reside a total of 35 days, split between five years. This makes it, in absolute residence terms, the fastest citizenship by naturalization process in Europe.

In contrast, Spain requires Latin Americans to reside entirely (at least nine months a year) for two years to qualify. That comes down to 547 days, fifteen times more than what is required in Portugal.

For Latin American investors who do not want to commit to a full-time residence in Europe, in the process leaving behind their businesses and investments in Latin America, Portugal offers a much better solution. It is the ultimate option for those who want to set up a second home without leaving their original one.

The entire process of the Portuguese golden visa is easier, quicker, and, in all honesty, better than the Spanish version. It also perfectly aligns with the needs of investors who are not looking for all-out immigration but rather a contingency plan that ends in citizenship with minimal effort.

Another area where Portugal’s golden visa edges out Spain’s is in terms of the investment element.

Portugal offers a vast array of investment options, from real estate investments starting at €280,000 to mutual fund investments for no less than €500,000.

Spain’s lowest investment threshold is the real estate option for €500,000. And while the price is significantly lower in Portugal, it is when you look at the microeconomics that Portugal shines.

Portugal’s overall cost of living is lower than Spain’s, about 14% lower to put it in perspective. That is a good indicator for a second home, as an investor will get more for their money.

However, what is highly interesting is that Portugal matches Spain – and may even exceed it – in rental costs. Both countries have a very similar rent average, meaning that investors who buy real estate under the golden visa in Portugal can expect Spanish rental level yields, if not more.

This translates to a higher average ROI, especially when one considers the average buying price in both Portugal and Spain. The average cost per sqaure meter in Spain is €2,482. However, in Portugal, an investor can expect to pay about €1,454 per square meter.

But the actual profit comes in the form of arbitrage gain. Both the Spanish and Portuguese housing markets are healthy ones, but it is the latter that has more room for development.

The Spanish housing market, much like those in Germany or Italy, has begun to peak, and prices are already closing in on the ceiling. While the property market in Spain saw a Y-o-Y growth of 9.1% in October 2022, it remains within the reasonable boundaries of healthy evolution within the parameters of inflation.

However, in Portugal, there remains a massive gap that can be closed, and the increasing demand for real estate from within and abroad has helped the housing market soar. 2022 saw property prices increase a staggering 17.2% Y-o-Y, and this rate is no fluke, as the year before, the growth rate was 14.1%, highlighting the upward trend.

This translates to one thing; profit. The rate of gains an investor can expect from buying property in Portugal heavily outweighs that in Spain, whether in terms of rental income vs. cost of living or in pure property appreciation rates.

This is all made more impressive considering that Portugal’s inflation rate (8.9%) in 2022 remains lower than the EU’s average (9.1%) and well below that of Spain’s (10.5%). This indicates that demand and supply are the primary drivers of Portugal’s housing market, while in Spain, inflation plays a significant role in the property price increase.

On paper, both the Spanish and Portuguese golden visas may seem similar. Both are a pathway to EU residence and eventually citizenship, and both require an investment in real estate or another qualifying category.

However, in terms of quantitative analysis, Portugal’s golden visa edges out its Spanish counterpart. But it doesn’t stop there, as there are some other qualitative variables that highlight why Portugal proves an optimal option.

We have worked with a multitude of Latin Americans, and one theme we keep seeing when asking our clients why they are considering residency by investment is that they are looking for a plan b to avoid political instability. To achieve that, an investor must choose a country with a stable government, and Portugal delivers.

Portugal is a unitary multi-party semi-presidential representative democratic republic. And though democracies worldwide may have political schisms between their major governmental parties, Portugal’s two largest political parties are both moderately situated, meaning that they are usually in standard agreement over the country’s major and minor political issues. This framework leads to greater cohesion and harmony within the political sphere, making Portugal an optimal choice as a contingency plan.

The country itself also boasts a great standard of living akin to that of Spain’s, while it is, on average, a safer place to live. Portugal ranks 6th on the Global Peace Index, 23 places above Spain.

Spain’s most desirable traits for Latin Americans are the quick route to citizenship, which in terms of days spent in-country are much more than those in Portugal, and the fact that there is no language barrier. However, it may be better to understand 90% of a conversation if it means getting a better immigration product, a superior investment opportunity, and a safer second home.

Getting to Portugal from Latin America

Apparcel Uriarte Attorneys at Law is a unique firm as we are present in both Portugal through our office in Lisbon and in Latin America from our offices in Santiago, Chile.

We are a group of Chilean and Portuguese lawyers with boots on the ground in both countries, and our in-depth understanding of the needs of Latin Americans combines perfectly with our expertise in Portuguese immigration and investment law. This allows us to present the best possible solutions to our clients that meet their objectives, budgets, and needs.

Our team has a diverse background covering immigration law, investment advisory, taxation, and relocation. We provide our clients with a one-stop shop that understands their needs on an intimate level.

To know more about how we can help you obtain a Portuguese golden visa, contact us today to book a free, comprehensive consultation.