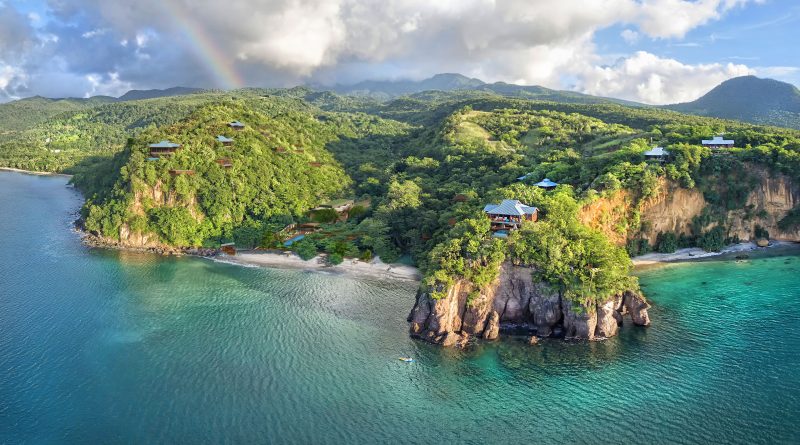 The residences at Secret Bay
Sponsor

The Residences at Secret Bay, Dominica’s crown jewel development and only six-star, award-winning, all-villa resort, is nearing sellout of Phase 2. The only-of-its-kind, gold standard Citizenship By Investment (CBI) offering continues to attract astute investors from all over the globe — from across the Middle East, North Africa, Asia and North America — who are seeking a savvy and stable investment with built product.

The sales success comes just as Dominica, for the fifth consecutive year, earned the title of the “World’s Best Country for Second Citizenship”  by Professional Wealth Management magazine — a publication from the respected Financial Times, distinguishing itself as leader in CBI programmes across the globe. The rigorous and systematic assessment looks at nine pillars — Freedom of Movement, Standard of Living, Minimum Investment Outlay, Mandatory Travel or Residence, Citizenship Timeline, Ease of Processing, Due Diligence, Family and Certainty of Product — of which Dominica scored a total of 80 points, the most of any CBI opportunity.

Equally exciting, the Commonwealth of Dominica just signed a historic visa waiver agreement with the People’s Republic of China, allowing Dominica Passport holders visa-free access in and out of China. This not only gives CBI investors in The Residences at Secret Bay visa-free access to over 140 countries, but makes entering and exiting China effortless for those investors originally from Africa, Asia and the Middle East who may have had challenges traveling to China, whether for business or leisure.

Dominica and China have enjoyed a long-standing relationship since establishing diplomatic ties in 2004. This has notably included China’s investment in Dominica’s health sector with the inauguration of the Dominica-China Friendship Hospital, which has already revolutionised the island’s healthcare infrastructure and is the only hospital to offer MRI services in the Eastern Caribbean region, an achievement made possible by the strong relationship between the two countries.

Further, Secret Bay is garnering national media attention, earning top awards from Condé Nast Traveler and Fodor’s. Secret Bay landed in the #6 spot for top resorts in the Caribbean islands in this year’s Condé Nast Traveler ‘Readers’ Choice Awards,’ the highest ranked Eastern Caribbean hotel on the prestigious list. The resort also made the prestigious Fodor‘s ‘World’s Most Incredible Hotels’ 2022 list in “The Best Hotels in the Caribbean” category.

Over the past decade, the acclaimed, Green Globe certified resort has been consistently recognised for its exceptional design, service and experience by such global travel and lifestyle publications as Architectural Digest, CNN, Fortune, National Geographic, Outside, the cover of Travel + Leisure, and The Telegraph. And, last year was named one of Travel + Leisure’s top 500 hotels in the world, and the #1 Resort Hotel in the Caribbean, Bermuda and the Bahamas and #6 Hotel in the World.

The property is the first and only property in Dominica to be affiliated with the elite luxury brand, Relais & Châteaux. Secret Bay’s newest residences were recently showcased in global publications like New York Post, Departures, Robb Report, Ocean Home Magazine and Wealth Magazine, among others, recognised not only for their impressive offering, but their most coveted amenity — second citizenship.

It’s now easier than ever to travel direct to Dominica from the United States. Beginning December 8, 2021,  American Airlines is launching a new route from Miami (MIA) to Dominica (DOM). The non-stop service will operate twice weekly on Wednesday and Saturday, departing Miami International Airport at 11am and arriving at Douglas-Charles Airport at 3:21pm. The return flight will leave Dominica at 4:24pm and arrive in Miami at 6:55pm.

The Residences’ CBI offering is priced at US $208k/share. To learn more about Citizenship by Investment in The Residences at Secret Bay, visit: https://secretbay.dm/cbi/. For a consultation, please email residences@secretbay.dm.