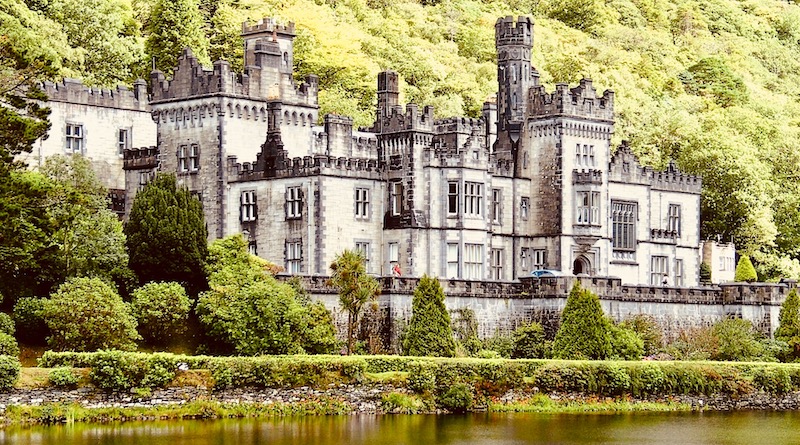 Immigration of the elite is no simple matter. When you have the means to command multiple options around the globe it becomes imperative to choose the correct one; as moving one’s life to another country is a life-transforming venture; and in the case of investment migration, it is a financially significant one as well.

As high net worth individuals (HNWIs) begin the search to better their lives through investment migration, they are presented with attractive options throughout the globe. Almost every continent has some type of residency by investment program. It is telling – albeit not surprising – then, that Ireland has emerged as the top destination for HNWIs and their families. It is no fluke that the English-speaking EU nation has become the pinnacle of immigration destinations, as it checks the three major boxes of the perfect new home for HNWIs:

Ireland not only meets these criteria but it carries benefits far beyond them with its Immigrant Investor Program (IIP). For example, Brexit has played a part in Ireland becoming a unique destination, as it is the only EU nation with a Common Travel Agreement (CTA) with the UK. HNWI individuals have taken notice, and as Ireland becomes a robust global economic hub in the middle of the map more investors are popping up on Island shores.

Knight Frank found that the number of HNWIs in Ireland has exponentially increased in the past five years, growing 22% between 2015 from 195,554 to 239,466. The number of ultra-high net worth individuals (UHNWIs), who have a net worth of 30 million USD or more, has also risen from 2,035 to 2,560, a whopping 26% increase. Since Knight Frank looks at population rather than nationality, it is clear a large portion of those HNWIs are investors who came to Irish shores through the IIP.

Even US citizens have taken up interest. The IIP’s second-largest cohort of investors is made up of Americans (following the Chinese), and they are ten times more numerous than the third-largest nationality that applies to the IIP. Even searches in the US indicate that immigrating to Ireland is getting much more traffic than that of other countries which have residency by investment programs such as Portugal and Greece; just take a gander at the image from Google trends below.

As of the last census in 2016, a little over 10,500 US citizens were residing in Ireland. There has been a constant stream of US immigrants to Irish shores during the past decade and this even continued during the 2020 pandemic. This highlights how more US nationals are now seeing the true value of living in Ireland, and it is a trend that is expected to continue.

This influx of immigrants from western countries is no surprise because, as we said, Ireland checks all the major boxes for HNWIs. So let’s delve further into what makes Ireland the best destination for elite migrants.

An English-speaking country within the EU, enjoying one of the highest living standards and lifestyles in the world is bound to be attractive to anyone. But what is it that makes Ireland such a great place to live?

Ireland’s status as one of the most livable countries in the world has made it an immigration magnet, and the IIP has paved the way for HNWIs and their family members to seamlessly move to the EU nation.

The IIP; simple, quick, and indulgent

Ireland not only tops the charts as the best immigration destination for HNWIs due to the country itself; its main investment immigration program, the IIP, plays a crucial part as well. The IIP is very simple and extremely quick, with processing times averaging between 4-6 months. Compared to other programs with colossal backlogs such as the Portuguese Golden Visa or the US EB5 the IIP only takes a fraction of the time.

It is also extremely welcoming of an investor’s needs, as it gives them four investment options to choose from, which are:

As well as offering investors more flexibility in their investment options, the IIP allows applicants to add their spouse and dependent children below the age of 24 to their application. And unlike many residency-by-investment programs, the IIP does not require long periods of residency for the applicant to maintain their residency but instead requires them to stay only one day within Ireland a year. Simple, quick, and indulgent; it’s no wonder the IIP historically maintained a steady stream of applications even during the Coronavirus pandemic.

An investment that actually pays off

Investment migration is two-fold; consisting of an immigration factor and an investment factor. Both should always suit an investor. An investment should not only be considered as a means to an end, but it should actually pay off!

The IIP offers this as well, as the most popular investment, the enterprise investment, yields higher chances of approval – especially if done within government preferred sectors such as nursing homes. And furthermore, it has the possibility of yielding great ROI.

The short holding period of 3 years for any type of investment (except the donation, obviously) means the investors get their money back in the blink of an eye. The elegant structure of enterprise investments also creates a simple exit strategy and liquidation of the investment. Compare this to Portugal’s Golden Visa where an investor must hold their investment for 5 years, or hold it indefinitely in the case of Greece’s Golden Visa, and you can see why savvy HNWIs are choosing Ireland.

The truth is – Ireland has it all. And more investors are starting to see this. It ticks all the major and minor boxes and is well-positioned to hold the title of the best immigration destination for HNWIs indefinitely. The magnificent country, refined IIP, and attractive investments make it an option no investor can overlook when searching for a new home. The first step in that journey is the simplest, just contact Bartra Wealth Advisors today to know more about Ireland and the IIP.