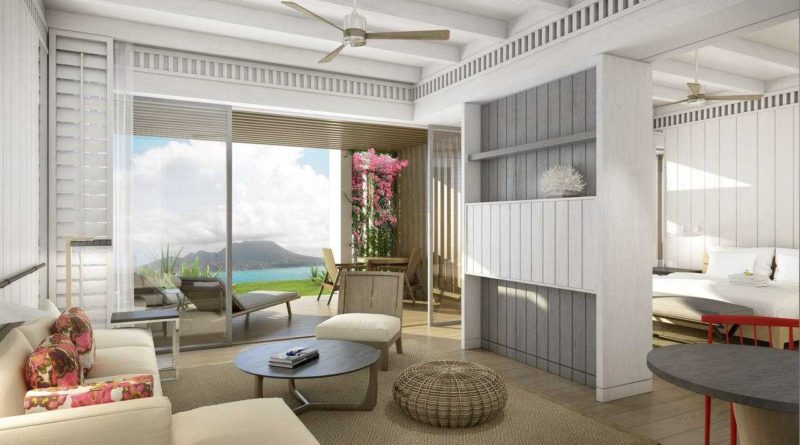 The Cabrits Resort Kempinski in Dominica is the first Government-approved real estate project under the island’s Citizenship-by-Investment program, and the most advanced of all such projects in the country. Construction work began in June last year, with completion of all the structural fabric of the buildings due in the next few weeks. More than 200 workers are on site daily, with over 50 per cent of them coming from the local community. 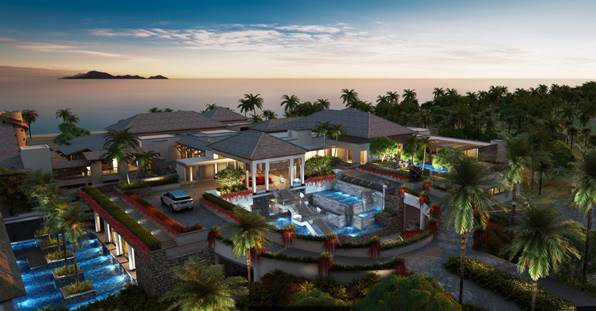 Set on the north-west of the island near to the country’s second largest town of Portsmouth, and developed by award-winning international property company Range Developments, the Cabrits Resort Kempinski was designed by Arcadia Design Architects. The building work is being carried out by contractor NH International (Caribbean) Ltd.

“We are making excellent progress,” said Mohammed Asaria, Vice Chairman of Range Developments. “All the buildings have been set out, including the main building with the public areas and the nine accommodation units.”

It will be run by Europe’s oldest luxury hotel group, Kempinski Hotels, which was founded in 1897 and manages a portfolio of 75 five-star hotels in 31 countries, including the Grand Kempinski Hotel Shanghai and the Hotel Kempinski Beijing.

The resort is surrounded by Cabrits National Park, an area known for its natural beauty. Dominica is renowned for its eco-tourism initiative, its 365 rivers, waterfalls and boiling springs. Kempinski Hotel Dominica has been designed to ensure a natural balance between the land and the sea, while ensuring a modern contemporary guest experience.

“This is an exciting luxury hotel development in the Caribbean,” said Markus Semer, Chief Group Development & Corporate Affairs Officer at Kempinski Hotels. “Kempinski Hotels is very pleased to have been selected by Range Developments to operate what will be a beautiful resort.”

On completion, which is scheduled for 2018, the resort in Douglas Bay will boast a 160-room hotel with a spa, and a selection of swimming pools, beach bars and restaurants.

The Honourable Prime Minister Allen Chastanet noted that this was an historic and significant event in the continuing development of tourism on the island.

“We are delighted to see this first step in what will be a major project on the southern tip of the island,” said PM Chastanet. “We have maintained that our focus is on enhancing our tourism offerings and we are committed to ensuring sustainable investment and employment in Saint Lucia and particularly in the south. I am elated that we have such eminent partners in this project in what is surely going to be one of the best resorts in the Caribbean.” 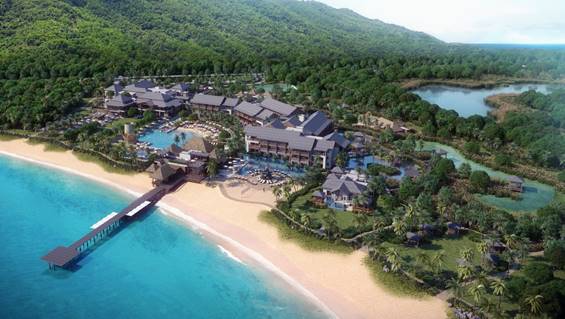 The Ritz-Carlton, St. Lucia is the anchor of a larger development project led by Range Developments, a multi-phase project currently titled the “Black Bay Master Development”, set on a total of 180 acres. The project will be developed under the country’s Citizenship-by-Investment programme.

Range Developments has received plaudits and awards both for its designs and robust and innovative corporate social responsibility activities.

To learn more about Cabrits Resort Kempinski in Dominica, as well as other Range Developments, please send an email to qian.gao@rangedevelopments.com