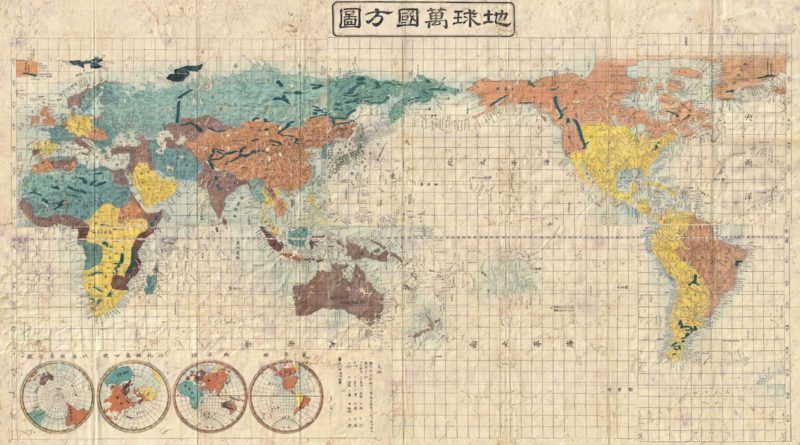 What a wonderful world we live in. Think about it. What did we do before iPhones, Google, medical scanners, driver-less cars, cheap air travel? The list goes on and on. All of these modern-day marvels are less than 20 years old, and they have immeasurably transformed our lives. Undeniably, thanks to these innovations, we now live in an ever more globalised world, with increasing mobility, connectivity, wealth and the spread of that wealth to more hands. Don’t let the naysayers convince you otherwise – Mankind has never seen it any better! People live longer, wealthier, happier lives than they ever have. This isn’t just my opinion. The data is incontrovertible. Life expectancy is the highest it’s ever been, and getting higher. Global GDP has never reached our present heights. The percentage number of humans in poverty has never been lower (thank you China!).

In the 70’s, we had the globalization of trade, in the 80’s and 90’s the globalization of capital, and now we are seeing the globalization of people. The 21st century has seen the rise of a new breed of individuals with a borderless view of the world – some call them Global Citizens, but I prefer the label one of my clients gave himself when explaining how he was finding it difficult to answer a question which he is regularly asked: Where are you from? Simple enough question, but increasingly harder for many to answer. “What do you mean”, he goes on to say? “Do you mean where I was born? Where I grew up, or where were my formative years? Maybe you mean where I lived the longest or where I live now?” Indeed, he was born in Pakistan, raised in the UK, university educated in the US, married to a Canadian with children born in the US, and running a business in Dubai with offices in 20 countries. To which country would such a person hold allegiance? “All of them. I am the fabric of all of them. I am a MultiNational!”.

In today’s world, it is not uncommon for someone to have roots, family, businesses, connections, residences or even citizenship in more than one country. In fact, it’s becoming the norm. Did you know that a typical person moves on average 12 times during their lifetime? Increasingly, these moves are occurring outside of one’s place of birth and it’s not uncommon to hold a deep-rooted bond with more than one country over one’s lifespan.

Through the work of many who are reading this article, individuals are given the benefit of choice, and that choice can help define a new identity as well as open doors to new opportunities. One should no longer have to be subjected to the faith of where you happen to be born. I had a delegate at one of our conferences drive this point to me, from the opposite perspective, when he explained that the city he was born in, which appears in his passport as if it had some official hold on him, he had not visited let alone lived in since he was three years old! Yet, why is one’s birth location such a critical determinant to future opportunities? It should not be this way, and no longer needs to be.

At no other time in our history has mankind been as mobile as we are today, and this trend is not likely to slow down anytime soon. This is creating a new set of challenges – and opportunities – for governments. Indeed, the concepts of citizenship and even statehood are changing as governments grapple to adjust to this new world reality, but that’s the topic of my next opinion piece.

For now, let’s duly acknowledge the rise of the MultiNational.