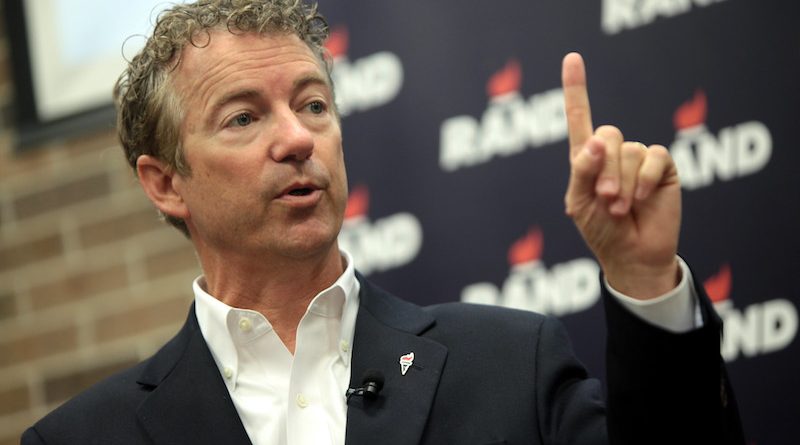 Republican Senator Rand Paul is asking his colleagues in the Senate to sign a Joint Resolution that would stop the EB-5 program’s planned price increase in November.

Congress last month approved EB-5 Program Modernization regulations, which the Department of Homeland Security subsequently published in the Federal Register. Should nothing prevent the new rules from taking effect on November 21st, the minimum investment requirements would increase from $500,000 and $1 million to, respectively, $900,000 and $1.8 million.

To stop the rule from coming into effect, Rand Paul needs 30 of his fellow senators to sign a petition, a simple majority in Congress, and a presidential signature.

“By significantly raising the minimum investment levels required for foreign investors to become eligible petitioners under the EB-5 program, this rule may undermine the very purpose of the program, which is to create jobs and grow the economy,” said the senator. “Moreover, the rule would severely restrict the role of the states in determining the targeted employment areas.”

Clare Lithgow, editor of EB-5 Daily, points out that although the senator’s move is a welcome step in the right direction, it does little to address the program’s chief predicament.

“While keeping the minimum investment amount the same and maintaining states’ ability to decide targeted employment areas is helpful, the real issue that Congress should address is the EB-5 visa cap,” writes Lithgow, echoing a sentiment shared by many stakeholders.

The United States Citizenship and Immigration Service (USCIS) has chosen to interpret the EB-5 program’s 10,000 visa cap as one applying to the number of individuals, while many EB-5 lawyers argue this is properly interpreted as applying to investors (main applicants).

Should the USCIS change its reading of the rules to mean ‘individual’ visas, the program would effectively have room for three times as many investors, tripling the amount of FDI the program raises annually.

To use a sports analogy, what needs increasing isn’t the ticket price, but rather the number of seats in the stadium.

Lithgow explains some of the effects a change in interpretation would have on the program:

If Congress only counted EB-5 investors toward the visa cap, three things could happen.

1. It would help the visa backlog that currently affects Mainland China, Vietnam and India

2. It would mean roughly 7,000 more EB-5 investors are contributing to the U.S. economy adding billions of dollars in investment capital and creating tens of thousands of jobs for U.S. workers

3. It would prevent the number of EB-5 visa issued each FY from shrinking further. In the past the average amount of visas each investor received was about 3.3 (a spouse and one child). This was because most of the investors were from Mainland China where the one-child policy was in place. Now that Mainland China is facing retrogression, investors from other countries, where they are allowed to have more children, may take up more visas from the 10,000 visa cap.

Senator Paul’s Joint Resolution approach is not the only hope for preventing a price-increase. As we’ve written before, should Congress re-authorize the EB-5 Regional Center program before September 30th (the date on which the program’s current extension expires) the new rules would never see the light of day.

Hundreds of companies can assist with applications to the US EB-5 Program. See which ones in the Residence and Citizenship by Investment Company Directory.