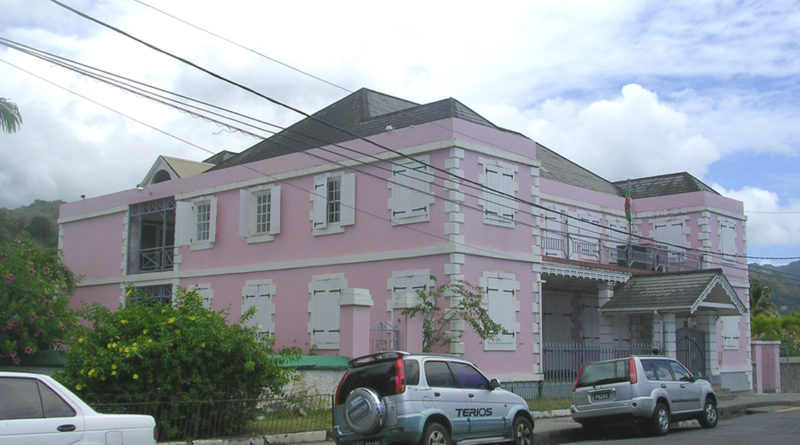 During Prime Minister Roosevelt Skerrit’s budget presentation in Dominica’s Parliament this week, several members of the United Worker’s Party, the island’s main political opposition, walked out in protest. The prime minister, in turn, proceeded to chide his rivals for what he has previously called “economic terrorism”, saying “You guys are seeking to destroy the country by giving the impression to the world that our Economic Citizenship Program is badly managed when you know that is not the case,” according to Dominica News.

Skerrit’s administration has previously condemned the opposition, and its leader Lennox Linton in particular, for statements made in international media that, according to the government, is bringing the island nation into disrepute. A staunch defender of the country’s CIP, Skerrit has indicated that if the program were to close, he would have no choice but to shift the burden of financing the government onto tax payers.

Another Caribbean Prime Minister, Barbados’ Freundel Stuart, has expressed concern that unsavory characters are using their status as citizens in other CARICOM member states to settle in Barbados, a country which does not have a CIP. By virtue of its status as a signatory country to the CARICOM Freedom of Movement Convention, Barbados is obliged to allow entry to citizens of the region’s CIP-wielding countries. The Barbadian PM raised objections after two individuals, described as questionable characters, decided to remain long-term in Barbados after having been refused entry into the United States.

“The American Embassy turned down the applications for the visas, but the persons involved said ‘we are not going back to where we came from, we have a right to six months stay in Barbados and we want to stay here under our six months stay under the Freedom of Movement regime,’” Stuart said, according to Caribbean Life News.

Stuart, who has made no secret of his skepticism toward citizenship-by-investment programs in the Caribbean, said that his country’s immigration authorities were in a position of powerlessness and expressed dismay at Barbados’ being affected by other CARICOM states’ decision to grant citizenship to investors of dubious repute.

“I have fought them [heads of governments] at CARICOM over those programmes … because I say to them, when you grant these people citizenship of your country and Barbados is not a part of the transaction, those people become CARICOM citizens and have, based on our Freedom of Movement arrangements, the right to come into Barbados when they like and how they like although we don’t know them,” Stuart told reporters.