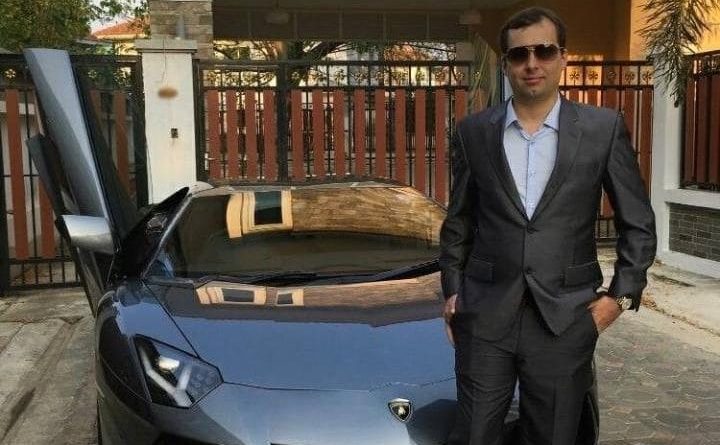 The alleged owner of AlphaBay, the dark web’s largest illegal marketplace, Alexandre Cazes, took his own life while in detention in a Thai prison on July 12th.

A Canadian national, Cazes was arrested on July 5th in a joint operation between Thai police and the US State Department and was, according to the indictment, caught in flagrante delicto with his computer unlocked and himself logged in as administrator of AlphaBay.

Cazes, aged only 26, and his wife obtained Antigua and Barbuda passports earlier this year through that country’s Citizenship by Investment Programme by purchasing villa #302 in the Nonsuch Bay development.

A source intimately familiar with the details has revealed to Investment Migration Insider that the Cazes was found hanged in his cell in Thailand on July 12th, where he was awaiting extradition to the United States. The source has further informed that the deceased had only a few weeks previously begun initial proceedings to apply for a Grenadian citizenship for himself and his wife.

During a press conference Thursday, US Attorney General Jeff Sessions referred to the website’s closure as “the largest darknet marketplace takedown in history.”

In response to the news, the Antigua & Barbuda CIU issued the following statement:

St. John’s, Antigua: Thursday, 20 July 2017: The Citizenship by Investment Unit (CIU) wishes to place on record that during the background check process conducted on the now deceased Canadian-born investor, Alexandre Cazes, there was no information received from any of the Unit’s due diligence providers, tying him to any nefarious activity.

These due diligence providers, which include private, regional and international law enforcement and intelligence agencies, returned no derogatory information in their official reports. Among these agencies are the International Criminal Police Organization (INTERPOL) and the Joint Regional Communications Centre (JRCC), which is part of CARICOM Implementation Agency for Crime and Security (IMPACS). International governments such as Canada, the United States and the United Kingdom all inform the IMPACS process.

The extensive searches conducted by agencies such as the Royal Canadian Mounted Police (RCMP) and various international governments came back clean. Clearance was also given by the Special Branch, Royal Thai Police, Bangkok, Thailand citing the following

“…This is to certify Mr. Alexandre Cazes of Canadian Nationality… is a person with no behaviour endangering the peace and order or the security of the state.”

“…This certifies that a search of the National Criminal Records repository maintained by the RCMP concerning the person whose fingerprints, name and date of birth appear below could not be associated to any existing Criminal Record of conviction…”

A Canadian by birth who received Antiguan and Barbudan citizenship through the Citizenship by Investment Programme (CIP), Cazes would have had to go through the same rigorous due diligence process as every applicant.

The extensive process involves searches in global sanctions and embargo lists, alerts and watch lists issued by financial regulators, law enforcement and other governmental agencies from around the world.

The Unit wishes to congratulate the US authorities and other international law enforcement agencies for penetrating the Dark Web and disrupting this illicit cyber network. The intentionally complex and multilayered labyrinth which these individuals create to facilitate illegal activity continues to challenge governments and law enforcement agencies.

The CIU maintains that the due diligence process undertaken in the review of each application is robust and goes above and beyond customary global best practices. Nonetheless, the Unit will endeavor to ascertain from its international government and private due diligence partners why none of these suspicious activities were revealed to the Unit during or subsequent to the processing of the application.

It is the opinion of this publication that, as Cazes eluded American and international authorities for two years before finally being arrested only this month, the Antigua & Barbuda CIU can hardly be blamed for not having detected any malfeasance during their background checks of the deceased.

Let the record show: This is a very sad story, for the late Mr. Cazes and those he leaves behind, and Investment Migration Insider does not wish to join the A&B CIU in congratulating the US authorities.