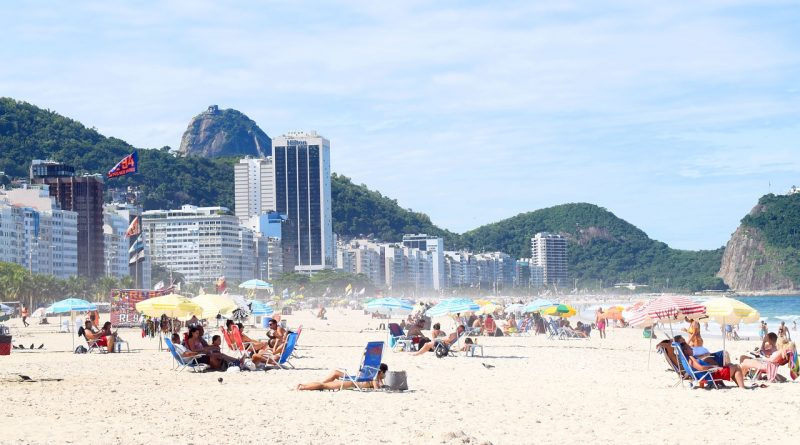 Portugal has attracted tens of thousands of Brazilians to its shores in the last few years. The two nations share strong historical and cultural links and citizens of both commonly travel between the two countries. Brazilians visiting or settling down in Portugal, in other words, is nothing new. But recent surges in permanent immigration represent a substantial acceleration.

Applications to Portugal’s golden visa program began to rise sharply in 2016, growing by 117% on the year before. This year, the number is set to reach a record high of more than 250 investors.

Given the upheaval seen across Brazilian society from 2016 onward, this is as much a story of Brazil’s loss as Portugal’s gain. As is always the case, a number of push and pull factors drive the trend, each of which we examine in detail in this article.

The push: Politics, the economy, and crime

January 1st, 2019 saw Jair Bolsonaro take office as president of Brazil. His campaign and election commonly compared to that of Donald Trump, Bolsonaro swept into office promising a new chapter of economic growth to Brazilians. His landmark pension reform plan is something many economists have cited as long-overdue, but it remains a deeply divisive issue in the nation.

Most Brazilians retire in their mid-fifties. Under the new plan – still making its way through the Congress and subject to change – aspirations of lifting the retirement age to 65 for men and 62 for women figure prominently. This would save the Brazilian government an estimated R$913.4 billion reais (US$219 billion).

For those nearing retirement age and faced with an uncertain future in the country, taking steps to immigrate to Portugal can be a circuitous process but one that promises a higher standard of living, a more stable political climate, and an economic future within the EU ecosystem.

Bolsonaro, of course, did not run a campaign appealing to the most affluent and mobile Brazilians. With policies like his support for logging of the Amazon, he is appealing to what he and his supporters term ‘the forgotten people’, voters who feel left behind and disenfranchised by the economic progress Brazil has seen throughout the 21st century.

Like Trump’s capacity to campaign as a New York real estate mogul and billionaire who delights business but also resonates with traditional working-class voters, Bolsonaro’s coalition of supporters is a diverse and often self-contradictory voting bloc.

The pull of Portugal

For Brazilians, the European nation represents enticing tax benefits alongside social stability.  A move to Portugal means a flat income-tax rate of 20%, and (depending on their residency status and some other factors) also potentially a tax-free pension upon their retirement.

Portugal doesn’t just offer a lower crime rate compared to Brazil but also the promise of peace. This isn’t just an anecdotal factor, but a cultural reality that’s seen the Global Peace Index of 2019 rank Portugal as the third most peaceful country in the world, following New Zealand and Iceland. Brazil, meanwhile, ranked 116 out of 163.

Hundreds of firms can assist with applications to Portugal’s Golden Visa Program. See which ones in the Residence & Citizenship by Investment Company Directory.

While Bolsonaro is certainly a controversial and contentious politician, his rise alone cannot be credited as the source of this trend. Similar to how the election of Trump saw many Americans enquire online about moving to Canada without following through, Bolsonaro’s ascent to the presidency may be a contributing factor, but not a causal one.

Playing a bigger role in pushing away Brazil’s resourceful individuals are enduring problems that predate the incumbent government, chiefly the lackluster economic performance and extreme rates of violent crime.

A decade ago, Brazil looked like an economic superpower in the making. By the time it would host the 2016 Olympics, pundits hinted, Brazil would be firmly entrenched as the dynamic leader of Latin America’s new economic era.

Observers of the country’s economy often quip that “Brazil is the country of the future – and always will be”. The year Brazilians had hoped would the Olympics would cement the country’s position as a regional standard-bearer instead saw it embroiled in a steep recession and the lava jato investigation that landed hundreds of federal politicians in jail for corruption and President Rousseff impeached.

While the has economy improved modestly in the years since, GDP growth remains dismal. Amid this ‘lost decade’, unemployment has effectively doubled from a rate of 7.6 million in 2012 to 13.4 million this year.

While Brazil’s crime rates are dropping, statistics continue to horrify; an average of 175 murders a day took place in 2017. Concerns for personal safety are among the most frequently cited motives for leaving the country.

While Oxfam indicates that in the 15 years to 2017, 28 million Brazilians escaped poverty, the governmental Geographic Institute maintains 55 million remain destitute.

Portugal is well-placed to continue to benefit from the Brazilian exodus. The real question for the Latin American nation is not why Portugal is so enticing to its emigrants, but what Bolsonaro can do to lure them back home.