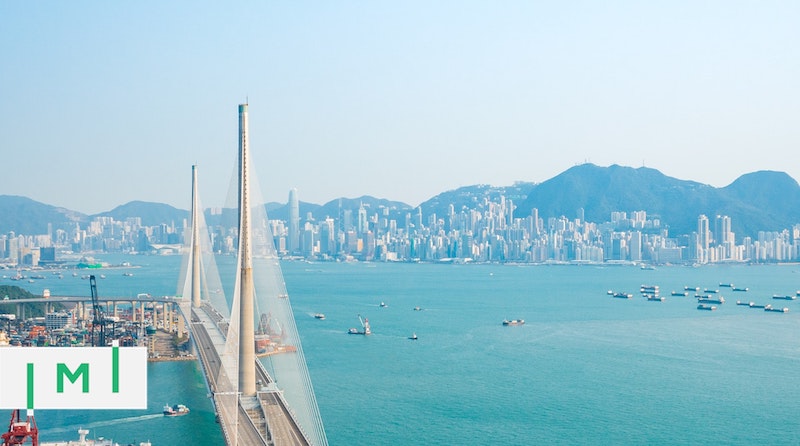 Canadian visa applications from Hong Kong, excluding visitors’ visas, rose 10% to 8,121 in 2020, indicating further capital flows from the city are likely. Britain and Australia are expected to be other favored destinations for Hong Kong residents.

Andrew Lo, chief executive of immigration consultancy Anlex in Hong Kong, is looking to expand into wealth management services in Canada, which he believes will be “a booming market for new immigrants, especially from Hong Kong.”

Lo said he helped around 36 families emigrate to Canada in the past 12 months, each bringing C$1.5 million on average.

Political developments have prompted people to consider what will happen if things decline, and to look at Canada as an option, said Canadian immigration attorney Evelyn Ackah. “Right now, it’s just an option. I don’t see a mass exodus. It’s people looking around, saying ‘can I be somewhere else if I need to?’”

Jean-Francois Harvey, a Canadian lawyer based in Hong Kong who specializes in immigration for high-net-worth individuals, has seen a five-fold increase in clients seeking to move to Canada since mid-2020. His clients have transferred at least C$1 million and, more commonly, between C$5 million and C$10 million in the last 12 months.

“There’s been an incredible increase in demand especially for Canada in Hong Kong, so much that in the middle of COVID-19, I had to double the team and the size of the office in Hong Kong,” said Harvey, worldwide managing partner for Harvey Law Group.

“This is more than a spike. This is a wave.”

Hong Kong-based attorney Clifford Ng, who himself immigrated to Canada in 1975 and returned to Hong Kong in 1995, said he has seen a four-fold increase in inquiries about the tax implications of moving to Canada.

In the first 10 weeks of 2021, Hong Kong hosted nearly a third more exhibitions of new-build properties by Canadian developers than in the same period in 2019, according to data from Eli McGeever, vice president of international property at Soho App.

Exhibitions in 2020 were affected by Hong Kong’s first wave of COVID-19 lockdowns.

Forbes: How Buying This Property Qualifies You For A Visa To Live In Spain

Antoni Murt Prats is a partner at multinational law firm EY’s Private Client Services department in Barcelona. He explains that the Spanish Golden Visa program has become popular due to the many benefits it offers.

“Once you have your Golden Visa, you and your family members will enjoy the right to live in Spain, as well as freedom of movement within the European Union’s Schengen area, for a maximum period of three months per half-year,” says Murt, adding that another major advantage of the Spanish Golden Visa is that it comes with no time-in-country minimum requirement.

The Telegraph: The Super-Rich Are Moving to “Backup” Countries During COVID (in Ways You’ve Never Imagined)

A leader in the world of matchmaking private investors with willing sovereign states, London-based Henley & Partners, has just published the results of in-depth data analysis, showing that the way different countries have managed the Covid crisis is having a big impact on who wants to become a citizen where.

Historically these programmes have appealed to very rich people from post-colonial countries yet to develop the diplomatic trade relations that provide visa-free travel. Immigration policy in the UK and France mean it’s a lot easier for a Nigerian businessman to take his family to Disneyland Paris on, say, a St Lucian passport than a Nigerian one. But now the rest of the world is catching on to such benefits, particularly the UK and the US.

“Our clients want to know they’ve got somewhere to go that’s safe,” says Paddy Blewer of Henley & Partners. “They’re asking ‘Who’s got great healthcare?’, and ‘How can I live there?’ People actively want to know what the primary health care is like and even how many intensive care beds they have.”

Mansion Global: London Is Emerging as the Destination of Choice for Affluent Hong Kongers

“The view is that while many global destinations provide strong appeal, the U.K. property market provides a safe haven with a track record of stability and growth,” said Arthur Sarkisian, a managing director at the investment immigration firm Astons.

Paddy Blewer, a spokesman from the immigration firm Henley & Partners, said taking the BN(O) route is “the equivalent of packing up and never going back.” China has called it a violation of international law and an interference in its internal affairs. So while it may be the path of choice for pro-democracy activists, most high-net-worth individuals are not selling their Hong Kong-based businesses and leaving permanently.

Having said that, one of the better-known advisers in the field, UK-based Henley & Partners, said this week it had “seen a 32 per cent increase in the daily average number of enquiries (about CBI) compared to the first six months of 2020 . . . the most astonishing being a 192 per cent leap in enquiries from US citizens in 2020. Enquiries from Canadians are up 34 per cent and there have been 29 per cent and 26 per cent more enquiries from UK and French nationals, respectively. After a flat 2019 for our contracted revenues, we had 25 per cent growth in 2020 and 40 per cent growth rate so far in 2021.”

“We estimate the total global market is between $25bn and $30bn. Of that, $20bn goes to the US through EB-5,” says Henley’s Paddy Blewer.