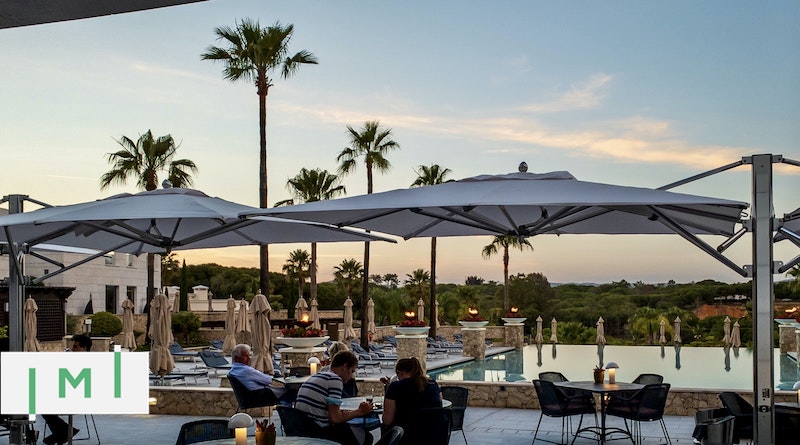 It will take a year to obtain the visa, says her lawyer, Ambrosio Jardim, who is also overseeing other British applications. “Covid-19 has made it hard to schedule appointments at SEF,” he says. In Madeira – and also the Azores – such properties will still qualify for the golden visa scheme next year.

The low-cost, high-quality of living of Portugal is one of the reasons it has been the most popular scheme of the investment migration programmes offered by Henley & Partners, which specialises in arranging citizenship-through-investment schemes, says Dominic Volek, the company’s head of private clients.

Chitra Stern, the chief executive, says that golden visa buyers have purchased in both sections – and can continue to do so next year as the property is classed as “touristic”.

“Touristic”-classified schemes, such as the Wyndham Grand Algarve within the resort of Quinta do Lago, will also qualify next year, although you cannot always reside full-time in these, says Lisa Channing of QP Savills.

The Telegraph: A Brit-heavy street in Mallorca has become the most expensive in Spain, geed on by Brexit.

The temptation of a golden visa — and golden beaches — has led British buyers to flock to the Balearic island, snapping up €7m homes online.

“Mallorca is now very upmarket, so it is largely only the rich who can afford it,” says Mark Stucklin from Spanish Property Insight. “The realities of geography mean there’s not a lot of land, so property is expensive. There are also these amazing old period properties you can buy because there was a lot of historical wealth generation on the island – a few hundred years ago there was quite a bit of trade with the south of France, and as a result there are these incredible country homes you won’t find in other places.

Stucklin adds that Mallorca has become particularly popular with rich German buyers and that they are “very quality conscious – and much more fussy than the Brits, which has forced developers to up their game.”

“The Southwest of Mallorca is the most popular for British second-home buyers,” says Alejandra Vanoli from the Sotheby’s International Realty Mallorca office. “Especially Port Andratx and other areas of the Calvia municipality such as Costa d’en Blanes, Puerto Portals and the area of Port Adriano. There are fantastic international schools here [17 in total], exclusive ports, golf clubs, and mountains and the coast.”

After England’s depressingly drizzly summer, Dominique Carroll from Engel & Völkers is expecting an even bigger increase of buyers come autumn – notably she saw a 66 percent jump in online inquiries for Mallorcan property in the first quarter of this year compared with the same period in 2020 from the UK market. This year alone, she has had clients pay up to €35m for houses set on the beach or in ancient olive groves.

“It’s got everything a British buyer could be looking for: sun, landscape, amazing food, lots of space and hiking trails, a great airport that goes to destinations all over the UK – oh, and a two-hour flight time to London,” she says. “People know this which is why we had plenty of buyers who bought remotely: the house, the car, the boat – all bought online. One woman we worked with already had four properties here and came back to buy a fifth. I think it gave them something to look forward to when the lockdown ended.”

CNBC: Here are the top 10 beach destinations for wealthy investors

Cancun and Daytona may draw spring breakers and Waikiki, honeymooners, but which beaches worldwide are millionaire magnets?

Hong Kong-based consulting firm Nomad Capitalist released its latest annual index of the top sandy spots that appeal to high-net-worth investors looking to not necessarily vacation but actually put down roots — and some cash — in the world’s sunniest climes: the Nomad Beach Index for 2021.

The company helps “seven- and eight-figure entrepreneurs [and] investors who want to have a second home [or] have a Plan B citizenship or residence, or all the above, [or] reduce taxes in some cases, although there’s less of that this year,” said founder Andrew Henderson. “With the pandemic, people are eager just to have a second place where they can go.”

“Now you’re a citizen and you can live there as long as you want and enjoy the zero-tax policies,” Henderson. “I thought someone should take that into account along with which beach was the nicest.”

Separately, David Lesperance, managing partner of immigration and tax adviser with Lesperance & Associates, said that the United Kingdom has started the process to implement the “travel rule” to cryptocurrencies.

“In short, sender and receiver information on any crypto-transactions must be recorded and reported BEFORE the transfer can be completed,”  he said.

Lesperance said the mandatory threshold is 1K GBP, “but for those who think they will be cute and ‘smurf’ sums just under the threshold, these transferred could be blocked as ‘suspicious transactions’.”

“While the U.K. may be the first jurisdiction with this regulation, they will not be the last,” he said.