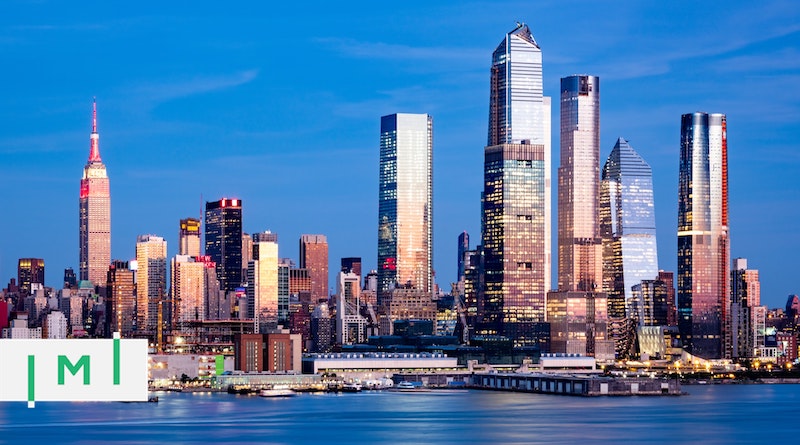 WSJ: Cash-for-Visa Program Looks to Be in Jeopardy

Other developers say the program has been essentially unusable since a federal rule in 2019 raised the minimum investment amount to $900,000 and took away the ability of states to gerrymander designated high-unemployment areas to make favored real-estate projects eligible. They want to reverse some of the changes and raise the annual limit on the number of new EB-5 visas.

“The Grassley-Leahy bill would unfortunately create an unusable program,” said Angelique Brunner, CEO of the Bethesda, Md.-based commercial real-estate investment firm EB5 Capital. “It would be as detrimental as the current form of the regulations, if not worse.” She said she had been unable to raise EB-5 capital and hasn’t started a new project since the 2019 rule went into effect.

New Zealand and Australia have been appealing to European investors given their much smaller population and tighter border control, says Dominic Volek, group head of private clients of Henley & Partners.

“Where someone chooses to migrate to can depend on a number of factors, and our recent research, which ranks countries that host residence- and citizenship-by-investment programs, found that those with the capacity to provide access to health security ranked high,” he says. New Zealand, along with Australia, were ranked highest in terms of health management and risk readiness.

So much so that, that its government had to initiate stricter real estate laws against overseas investors to avoid an asset bubble. This includes recent add-on policies of cutting off tax incentives for overseas investors and unlocking more land to increase housing supply. “It is virtually impossible now for investors from the UK, US or China, among others, to buy residential property in New Zealand,” says Mark Harris, co-founder and managing director of New Zealand Sotheby’s International Realty.

“At the moment, there is a flow of return capital from New Zealanders living overseas, as well as selective interest from HNW (high-nett-worth) individuals attracted to New Zealand’s amazing beauty and lifestyle,” says Tammy Fahmi, vice president of global operations and international servicing at Sotheby’s International Realty.

David Lesperance, managing partner of Lesperance & Associates, said that with “Bitcoin and other cryptocurrencies exploding in value and the public’s awareness, it was not surprising that the [Internal Revenue Service] launched Operation Hidden Treasure,” the agency’s effort to root out tax evasion among cryptocurrency users.

“Those with undisclosed crypto holdings then separated into two camps,” Lesperance said.

“The first camp was those who recognized that they needed to get their fiscal house in order BEFORE the IRS (or other tax authorities) came knocking.”

The second camp, he added “clung to the mistaken mythology that crypto was the perfect tax haven and they had nothing to worry about.”

“That delusion blew away like the morning mist when the US government disclosed that they had tracked and seized the crypto involved in a recent ransomware attack,” he said.

The group had observed three recent waves of migration, which were noticeable after citywide mass protests in 2019, amid the pandemic and following the enactment of national security laws in 2020, Harvey said.

Canada’s Start-up Visa Program, the United Kingdom’s British National (Overseas) visa route and the Australia Significant Investor Visa 188C were the most popular among the Hong Kong clients, he said.

Their new customers tended to be families in which the parents were in their 40s and the children were under 10, he said.

Canada launched a lifeboat program for Hongkongers early this month that allowed them to apply for a three-year open work permit. Last week, the country added two permanent residency pathways for Hongkongers who were fresh graduates in Canada or had Canadian work experience.

Polly Ho, a registered foreign lawyer under the Harvey group, said Hongkongers could use the open work permit to look for jobs within three years and capitalize on the new routes to obtain permanent residency more quickly.

Business Insider: The disappearance of international students has helped slash inner-city rents and asking prices. Some investors are betting big on a resurgence.

With the country’s international border still largely shut, the lack of international students on campuses is taking a bite out of segments of the property market typically in hot demand.

While prices have shot higher across the country and its capital cities, the lack of demand for inner-city apartments has cut asking prices in Sydney’s inner west by 9.8%, and in Melbourne’s CBD by 8.1%, according to new data from Asian real estate platform Juwai IQI.

“It is disastrous for investors who purchased at the high prices of the last couple of years,” executive chairman Georg Chmiel said, noting Juwai was advising clients to hold on for now, knowing there “would be more pain before gain”.

“These assets have depressed values now, so it’s a poor time to sell. They are likely to gain value again relatively quickly as the student population rebuilds after travel restarts. This is a good market for investors who are brave enough to buy while prices are down.”

Property Reporter: Which London boroughs are driving property sales during the pandemic?

Arthur Sarkisian, Managing Director of Astons, commented: “Despite a slower rate of house price growth when compared to the rest of the UK, it’s fair to say that the London property market has held its own with billions of pounds worth of property changing hands despite the pandemic.

“Of course, it will come as little surprise that prime central London continues to account for some of the highest sums of property sold, but there is certainly a Covid influence that is presenting a slightly different landscape to what we might expect.

“London’s outer boroughs have become very popular and I don’t think anyone could have predicted that Croydon would rank as one of the most valuable areas of the London market. At the same time, demand and sold prices across the City of London have all but dried up and Newham is no longer riding the wave that came as a result of Olympic regeneration in the borough.”