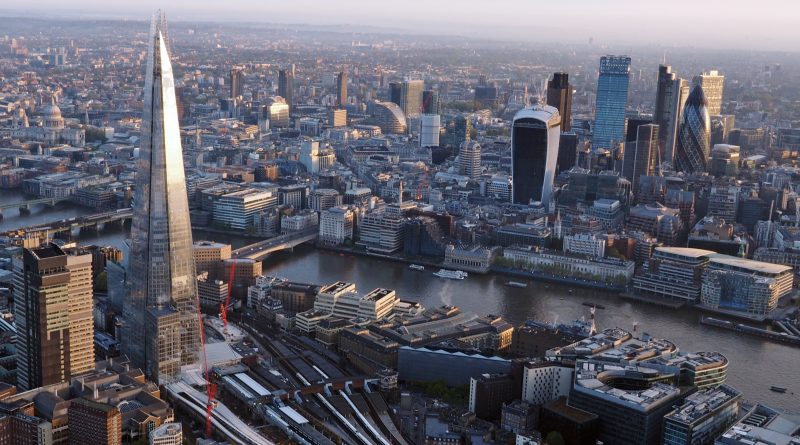 The Remain-side’s emphatic warnings to the contrary notwithstanding, the prospect of a hard Brexit has yet to deter high net worth individuals (HNWIs) from investing and immigrating to Britain. Judging by one metric – the number of applications to the UK’s Tier 1 Investor Visa program – the opposite appears to be the case; figures showed an 80% increase in applications immediately following last year’s referendum. Whereas many UK-based investment migration professionals had expected the referendum result would spell disaster for their industry, it has instead proven a windfall.

One plausible explanation – according to London-based Micha-Rose Emmett, CEO of CS Global Partners, a leading investment migration consultancy – is that HNWIs wishing to obtain an Indefinite Leave to Remain (ILR) in the UK were not all too concerned with Britain’s access to Europe in the first place.

“[…] the UK appeals to HNWIs and their families because of the stability of the political system, the promise of high living standards, the choice of top academic institutions, a strong rule of law, a robust healthcare system, and attractive business regulations. These factors are more compelling to a family than the option to live in Europe, which, of course, is an additional bonus, but not a leading motivation”, Ms Emmett told Investment Migration Insider.

“If non-EU nationals were seeking, as the foremost option, the right to live in the EU, the UK’s Tier 1 option is neither the most convenient nor the most affordable” she continued, adding that many of her clients who had previously considered citizenships in other EU countries had now halted their application process to reconsider their options.

With Britain’s participation in the European customs union now open to question, it turns out many investors who had previously seen the acquisition of passports in countries like Malta and Cyprus as a backdoor to residence rights in the UK have decided to sit tight, hesitant to move ahead with their EU passport applications until the matter of whether such a document will afford them the right to live in the UK has been firmly settled. Others still, not content to wait and see, are switching en masse from EU-citizenship by investment to Tier 1 applications, anxious to ensure their settlement rights in the UK, irrespective of the island’s relationship with the EU. 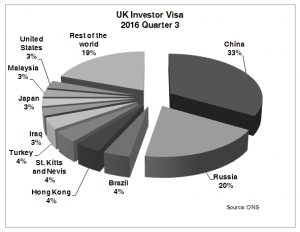 Emmett’s analysis is echoed by Farzin Yazdi – Head of Investor Visa at Shard Capital – who explains that the uncertainty of whether participating in an EU-country citizenship-by-investment scheme is now a viable path to UK residence accounts for much of the recent swell in Tier 1 applications.

“Immigration has been at the center of the Brexit debate [and] while the future direction of UK immigration policy is yet to be decided, I do not see the UK closing the Tier 1 Investor route as Britain is very much ‘open for business’.  However, permanent migration from European member states will be limited or maybe even closed” said Yazdi. “[…]a hard Brexit could lead to higher applicant numbers taking advantage of the UK Tier 1 Investor visa route. This is because the UK may initially see a softening of the economy and therefore become more attractive to non-Sterling based investors.”

Another catalyst for the upsurge in applications is the sterling’s record lows. Yazdi pointed out that the pound’s precipitous drop following the referendum has brought on a “Brexit Sale”, which, in addition to boosting the FTSE100 index by some 25% is also inducing immigrant investors to capitalize on what they perceive as a historic bargain.

“[…] the weakness in the pound has made Britain around 10% cheaper for Chinese applicants and around 25% cheaper for Russian applicants who together constitute roughly 60% of overall applicant numbers.”