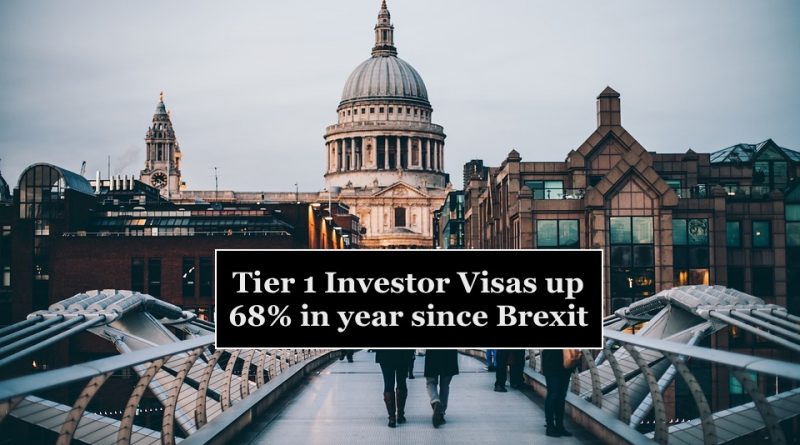 Brexit appears to have had no discernible negative effect on HNWI’s appetite for British permanent residence; Records released by the Office for National Statistics today show that in the first full year since the UK’s decision to leave the EU, UK Tier 1 Investor visa applications are up by two-thirds.

During the second quarter of 2017, 85 main applicants received entry clearances to the UK under the Tier 1 Investor category, bringing the total up to 160 this year. This is the highest quarterly figure since 2014, when the Home Office raised the minimum investment requirement from one to two million pounds.

“I expect this number to grow to the 100 a quarter level.  We have seen a return of Russian applicants and slight weakening of number of Chinese citizens.  As anticipated, Turkey has taken a top position and I expect this to continue.  Given our insight, I anticipate Iranian nationals to be in the top 5 next quarter,” says Farzin Yazdi, Head of Shard Capital Investor Visa. “Britain remains open and attractive. I do not see any change in investor appetite.”

At 222, the number of Tier 1 visas issued under the Entrepreneur category, by contrast, is slightly down from the 227 granted last quarter.

The Chinese, with 26 applications this quarter, again make up the largest constituent, followed by Russians with 13 and Turks with 8.