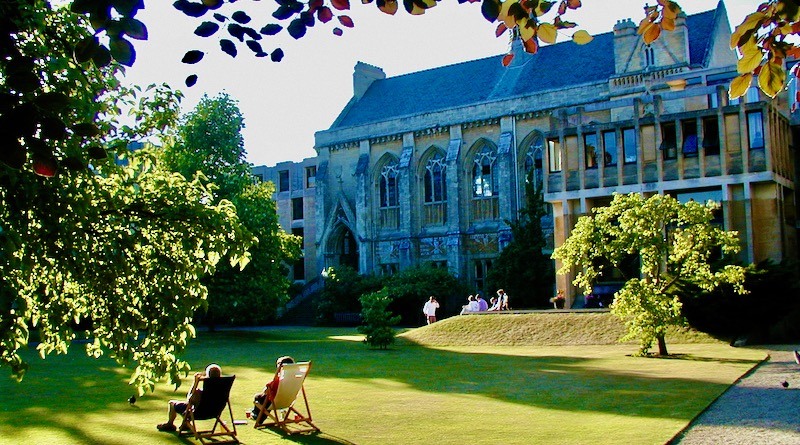 The UK has maintained its status throughout the years as a goliath in education; as historic institutes such as Oxford and Cambridge, among others, have long been pioneers in producing some of the best talents in the world.

Parents throughout the world dream of enabling their children to obtain prestigious degrees from the UK and those who truly value higher education know that few places can compete with the standard of education provided on English shores. The UK, keep in mind, was named the best country for education in the past two years.

As glorious education in the UK is, we must not discard the astonishing level of Education present in Ireland. The English speaking EU country boasts one of the best education systems in the world, offers a ripe landscape of job opportunities for a skilled workforce, and operates on an EU standard that is unparalleled worldwide.

An Irish IIP allows your children to study in both Ireland and the UK
Even though Brexit is official, the UK and Ireland continue to have a joint agreement under the Common Travel Area (CTA); under which, the associated rights between the two countries, such as the right to work, study, vote in certain elections, access social welfare benefits and health services, and travel freely between the two jurisdictions endures.

For investors, the IIP provides their children with the luxury of choice; they may pursue their studies in the UK or Ireland without the hassle of dealing with student visas.

Ireland and the UK: home to top-notch education
The UK and Ireland are home to some of the world’s most renowned and reputable schools at the secondary/boarding and tertiary level.

In the UK, Wycombe Abbey School, Westminster School, Brighton College are ranked as the three best secondary schools, posting impressive A-level results at 85.7, 85.4, and 85.1%. In Ireland, Laurel Hill Coláiste FCJ, Scoil Mhuire, and ColáisteÍosagáin are the country’s top secondary schools with 96.4, 87.1, and 87% of their students progressing to university.

As for education on the Irish shore; prospective entrepreneurs or ambitious students wanting to pursue degrees in business administration or management will be hard-pressed to find a better location than Ireland. The country is becoming the world’s new silicon valley as more goliaths of the business world move their HQs to Ireland.

It is quite apparent, then, that the IIP is a doorway for children to obtain the most sophisticated education available worldwide.

Cost-savings on tuition payments: local versus overseas fees
In addition to attending world-class English Universities children who become citizens of Ireland can qualify as local university students and pay ‘home rate’ tuition fees instead of the overseas rate.

For local, or ‘home’ university students, the typical tuition fee for an undergraduate degree at an English University will cost a maximum of £9,250 per year. Conversely, international students who plan to attend university in the UK who are neither Irish nor British citizens would have to pay the overseas rate; which could be up to £26,000 a year. By not having access to the home rate international students need to spend nearly three times more for the same undergraduate degree at the same university.

Similar to the UK, Universities in Ireland follow a similar tuition fee structure whereby local students are required to pay a local rate and international students pay an overseas rate. Children of IIP applicants do not have to wait until they obtain Irish citizenship to pay local rates, as residency holders (stamp 4) qualify as local students.

For instance, at the University College of Dublin and the National University of Ireland, Galway, charges local students €6,700 and €6,000 a year, respectively, for an undergraduate degree. For an international student, the same undergraduate degree at these two institutions would be €16,480 and €12,750; more than double the amount compared to their local classmates.

In addition to lower tuition fees, Ireland offers university students funding support under the Ireland free fee initiative; which offers students who meet the specific requirements funding support for their university studies. The qualifying student would be required to pay a student contribution charge of just €3,000 per year. At this rate, the student would be effectively receivingnearly50% off their school fees. One of the requirements includes a nationality requirement; students who wish to benefit from this special funding would need to be national of either an EU Member State, a state which is a contracting state to the EEA Agreement, the Swiss Confederation, or the UK.

Benefits to students in Ireland do not stop there, however, Irish citizens and residents can take part in the European-wide Erasmus program; which offers student exchanges, student links, internships, apprenticeships, and work experience all across European countries. This magnificent program, which UK citizens and residents can no longer take part in due to Brexit, attracts more than 200,000 people per year. Your children could be among them thanks to the Irish IIP.

The Irish marketplace fertile ground for skilled workers
We may get carried away talking about education itself, but another crucial factor is actual work experience. Many students consider that when choosing their place of education, and Ireland is rapidly leading the list in regards to opportunities post-graduation. The country has attracted titans of various industries to its shores, such as Amazon, Johnson & Johnson, Microsoft, Apple, the creator of the first COVID vaccine Pfizer, and many more.

This abundance of top-tier businesses along with the allure of gaining actual experience working at one of them is a driving force in attracting the most ambitious of students to continue their studies in Ireland.

The IIP much more than a residency, it is a future for our children
Investors wanting to maximize opportunities for their children’s education and unlock their potential in both the UK and Ireland should consider the IIP. The Program’s ability to provide educational benefits such as a wealth of choice in top-tier secondary and tertiary schools and tremendous cost savings on university tuition fees make it the optimal option and pathway to an elevated lifestyle and opportunity-abundant future.

If you are interested to learn more about the Irish IIP and the education system in the UK and Ireland contact Bartra Wealth Advisors Limited.