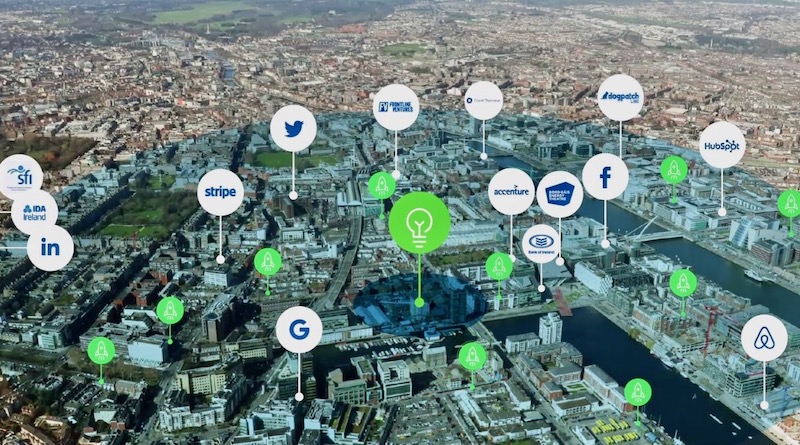 Most immigrants do not pack up and leave their homes in search of a new one only for themselves, but also for their children. We trek the globe in hopes of giving them the best possible life and the brightest future. It is for the future generation that we invest; it is for them that we immigrate. And there is no better place for future generations to grow and prosper than Ireland.

The EU nation is one of the best destinations for high net worth individuals, and for good reason; Ireland has the strongest links to the UK amongst its EU peers, it is the only English-speaking EU country, boasts an extraordinary standard of living, is one of the world’s best tax jurisdictions, and has the infrastructure that allows investors and their future generations to thrive.

What Ireland brings to the table that many countries don’t is the entrepreneurial landscape that allows young talent to flourish. We will guide you through what makes Ireland the optimal option for future generations to fulfill their potential and go beyond it.

Ireland’s tax regime is not its only allure for global businesses and investors; within the country itself lies a deep-seated entrepreneurial mindset that sets the stage for economic growth. The Irish nation, which enjoys an open market with the EU and a Common Travel Agreement with the UK, is perfectly situated for businesses to take full advantage on a global scale.

The country has long been a magnet for top-tier businesses and innovative start-ups, and the elite of the world have noticed. Between the years 2011 and 2019, a whopping 168,652 new businesses registered in Ireland, growing from about 14,000 new businesses in 2011 to a colossal 23,000 in 2019. This trend did not buckle even in 2020, as the third quarter of the pandemic-ravaged year saw 5,477 new businesses register on Irish shores.

Entrepreneurs in the making

Ireland hasn’t rested on its laurels. The progressive nation has already laid the groundwork for creating a constant stream of highly-skilled, highly-educated entrepreneurs. Its business-focused higher education institutes have invested heavily in mastering the science of business and have afforded students with the tools they need to not only learn but also to create their own business ventures with the backing of accomplished organizations.

Take Trinity College in Dublin as a great example; established in 1592, the institute has centuries of experience in honing its craft and is highly focused on producing the next batch of Musks and Zuckerbergs. Not only does it have a strong curriculum, but it also houses many entrepreneurship accelerators such as Launchbox and Blackstone LaunchPad that help educate students in the art of entrepreneurship and even mentor, coach, assist, and fund student projects and businesses.

Other institutes, such as University College Cork, NUI Galway, Dublin City University, and others, have similar accelerators in place to help the students of today become the entrepreneurs of tomorrow. No other country with a residency by investment program has the same educational structure capable of providing children with the endless possibilities of successfully operating their own business.

For those looking to master a craft before venturing off on their own, Ireland remains the place to be. Dubbed the Silicon Valley of Europe, Dublin is home to the operations of some of the world’s biggest tech corporations; Google, Apple, Facebook, PayPal, Microsoft, Yahoo, eBay, AOL, Twitter, Intel, and countless others. The sheer amount of tech companies opening in Dublin has even led to the Grand Canal Docks to become more commonly known as the Silicon Docks, an area where an estimated 7,000 tech professionals ply their trade.

This has made Dublin one of the best places in the world for fresh IT graduates and aspiring tech gurus to learn, hone, and master their trade; maybe eventually opening their own tech company and, as we established previously, Ireland is the best place to do just that. Convenient, isn’t it?

In Ireland, jobs do grow on trees

To label Ireland a hub for tech companies alone is folly. The nation is home to an endless list of global titans of various industries. Corporations like Pfizer, Johnson & Johnson, Accenture, and RyanAir – among others – have created a marketplace full of opportunities for all. The government’s focus on combating unemployment has also paid off, as unemployment rates have historically hovered around 5% (yes, even during the 2020 pandemic).

Employment rates have steadily grown over the past decade at about 3.5% a year, and it is telling that a nation with a population of 4.9 million reports a workforce of 2.27 million. Add to this that Ireland has the lowest average age in the EU – 33% of the population is under the age of 25 – and you have the makings of a market booming with innovative, highly-skilled, and ambitious workers who can master their craft in some of the best companies the world has to offer.

Immigration to Ireland simpler than ever

As is everything on Irish shores, immigration is an elegantly simple matter thanks to the Irish Immigrant Investor Program (IIP), a highly popular residency by investment program that allows investors and their family members to immigrate to the EU nation hassle-free.

The IIP offers applicants four investment options from which to choose:

All investments, except the donation obviously, are held for three years. The process itself takes 4-6 months, and investors only need to stay one day a year to maintain their residency, something which makes this program perfect for those wanting the best for their children, but cannot yet tear themselves away from their own businesses.

The thought of immigrating to an EU country with free travel to the UK post-Brexit is mouth-watering enough. Add to that the robust infrastructure that allows future generations to not only realize their potential, but to surpass it, and Ireland becomes absolutely unique in every way. If you would like to know more about the IIP contact Bartra Wealth Advisors.