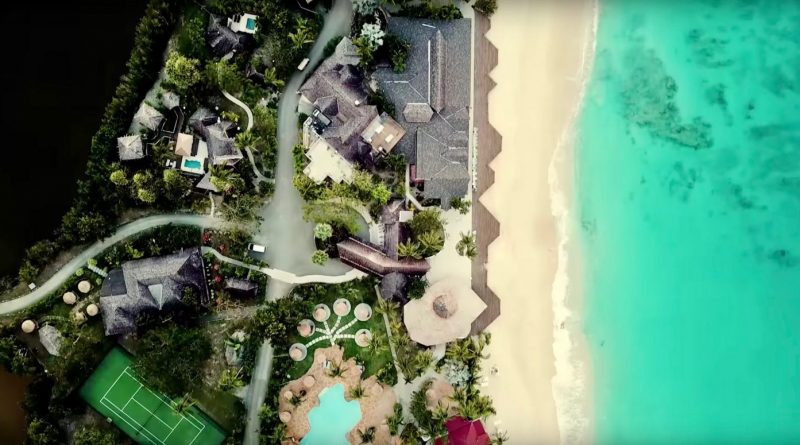 European passports consistently top league tables charting the number of countries their holders can visit visa-free. The United States and Canada are right up there too. At the same time, visa-free travel has become one of the main selling points of CBI programmes.

How do we explain, then, that a significant number of Europeans and Americans – who already benefit from awesome visa-free travel possibilities – still invest in foreign citizenship programmes every year?

An understanding of this point is surely useful to industry practitioners looking to develop the business and understand its long term prospects. I will answer that question in this article, drawing in part on my own experience: born in Scotland, cosmopolitan by nature, an avid collector of residencies and citizenships, and based on decades of work as a consultant who helps other people aiming for the same level of personal freedom!

Let me preface the following comments with some reassurance: the European Union will not cancel visa-free access for Caribbean passport holders any time soon. Despite the existence of vociferous opponents to the sale of citizenship, bureaucrats in Brussels know that those critics are from the lunatic fringe. The European Commission understands that Caribbean citizens are low risk, well vetted (in the case of CBI passport holders) and there are relatively few of them, therefore they are easy to keep track of. It is very much in Europe’s economic and political interest to let these people spend money and do business across Europe. In other words, they are valued guests who would have qualified for Schengen visas anyway.

Now let’s take a step back. Visa-free travel is a privilege, not a right. I am old enough to remember the so-called “Cod Wars” of the 1980s when Canada cancelled visa-free travel for Spanish passport holders overnight during a spat over fisheries. Later, Canada revoked visa-free travel for both Hungarians and Mexicans (both since reinstated) while by pure coincidence I was living in those two countries. More recently we have seen the same with Saint Kitts and Antigua – we are still eagerly awaiting the reinstatement of visa-free travel to Canada for my fellow West Indians, something that I believe will happen eventually.

Everyone seems to have grown accustomed to the fact that Caribbean passports have visa-free access to the Schengen zone in Europe. It is almost taken for granted. But who remembers that it was only a few short years ago –  in 2015 – that Dominica, Grenada, and Vanuatu gained this privilege? And it’s a privilege that could be lost even faster than it was won.

I was born in the UK as a British citizen and took for granted all my adult life having the right to live and work in other EU countries. That privilege will be gone from Halloween onwards, due to Brexit.

With that coveted burgundy British passport, I need visas to visit two significant economic powerhouses: Russia and China. Applying for a Russian visa, I am subject to special indignities reserved only for Americans, Brits, and Georgians – the arch enemies. Yet with my Grenada passport, I can visit both Russia and China visa-free.

Another recent example is the Russia-Ukraine crisis. Not many years ago, Russians were being welcomed with open arms in western Europe and there was talk of removing visa requirements –  while it was hard for Ukrainians to obtain visas. Now, Ukrainians have visa-free access to Schengen, while Russians are finding the visa application process much more onerous.

My point, to be blunt, is that things keep changing and will keep changing. It would be a big mistake to invest in a new citizenship purely based on today’s visa-free travel possibilities, or even EU membership (in the case of Malta or Cyprus, or so-called accession states like Moldova or Montenegro). Yet I feel some uneducated investors are being shown lists of visa-free travel and being sold passports purely on the basis of those lists. And yes, I use the expression “selling passports” deliberately in this context.

By now, you might be beginning to understand my point, and therefore why Americans and Europeans want second and third passports. Times can change – visa-free access can and definitely will change. The long term trend is definitely to use big data to decide who gets into countries and who doesn’t, so decisions will be made on individuals rather than on citizenships. But I think passports will still be important in some form or other for the rest of my lifetime, and holding multiple passports simply becomes more and more useful as time goes on.

In my wallet when I travel, I always make a point of having cards issued by MasterCard, Visa, American Express, Diners Club and ChinaUnionPay – all issued by different banks in different countries (plus a wad of cash). You never know when one or more cards might be blocked due to a technical failure, because of a temporary compliance misunderstanding, because my spending looks like fraud to the bank’s systems, or for a multitude of other reasons. Having the Visa and MasterCards issued by the same bank wouldn’t help me much either since, if one were blocked, they would likely both be blocked. Besides that, for commercial reasons, I have cards billed in different currencies, cards that have better rates for ATM withdrawals, and so on.

I look at my passport portfolio exactly the same way. I just need to be aware of the circumstances and whip out the right passport to match the time and place, even the right social setting. I never keep two or more passports together – a lesson learned the hard way when one day I lost two passports. It is always smart to leave a spare passport in your hotel room safe when you go out for the day.

Some people might criticize my globalist attitude, assuming I have no affinity to any country. In fact, the opposite is true. Yes, I am a proud global citizen, but I am also a proud citizen of the countries that have issued my passports. I always make sure I spend time in the countries, understand local business practices and cultures, and respect them. I prefer citizenship by means of a real connection in the country: an investment that I can enjoy visiting and nurturing. I think this kind of substance will be key to global citizenship in the future, and that the idea of buying a passport from a country you have never even set foot in will soon fall out of favour.

Personal security is undoubtedly a motivation for applying for all investors in multiple citizenships. There have certainly been many cases where people were singled out for kidnappings, terrorist attacks and the like because of their nationalities. USA and British passport holders are particularly at risk, so many businesspeople would prefer to travel lower profile, on the passport of a neutral country. Not forgetting, of course, that Americans are subject to travel restrictions put in place by their own government – Cuba being the best-known example.

This article would certainly not be complete without a mention of tax. I mention it last because I think it is the least important motivating factor when it comes to obtaining new citizenships.

Our American cousins are subject to tax on their worldwide income, no matter where they are resident, and there is only one way they can legally opt out of it – that is renouncing citizenship. That’s quite a drastic step that only a small (albeit growing) minority of Americans are willing to take. However, that doesn’t mean they don’t think about it. Before they can renounce, they need to have citizenship of another country, as no-one can be left stateless. Having that second citizenship in their back pocket, ready to renounce if the US political circus becomes even more unstable, is something that can help Americans sleep more soundly at night.

Combined with the fact that Americans are traditionally the biggest group of visitors to the Caribbean (they love the Caribbean), it therefore makes totally good sense for any moderately wealthy American to buy a condo in the Caribbean and obtain the new citizenship that goes along with it.

For Europeans, there is theoretically no tax benefit to a second passport. That said, keeping doors open is always a good idea, because as governments run out of money they always start tightening the screws. When Nicolas Sarkozy was French president, he talked seriously of introducing American-style worldwide taxation for French citizens. And I have dealt with many retired European businessmen who have been persecuted so badly by their tax authorities during their active careers, that they have no faith whatsoever left in their home governments. For them, any chance to diversify and carry multiple citizenships is welcome, together with the fact of being able to travel without the possibility of their home governments tracking them. Therefore tax is an indirect motivating factor.

The bottom line, I think, is simple. It boils down to a question of one’s outlook on the world. Once you’ve experienced the feeling of immense personal freedom that comes from holding multiple citizenships, you’ll never want to go back to having one! And, to use a cliche, Freedom Isn’t Free! Hence the demand for Citizenship by Investment from Americans and Europeans.

Peter Macfarlane is a writer and commentator on global financial matters, personal privacy, and offshore wealth creation. Peter’s column is sponsored by NTL Trust, one of the leading providers of Investment Immigration services across the Caribbean and around the world.