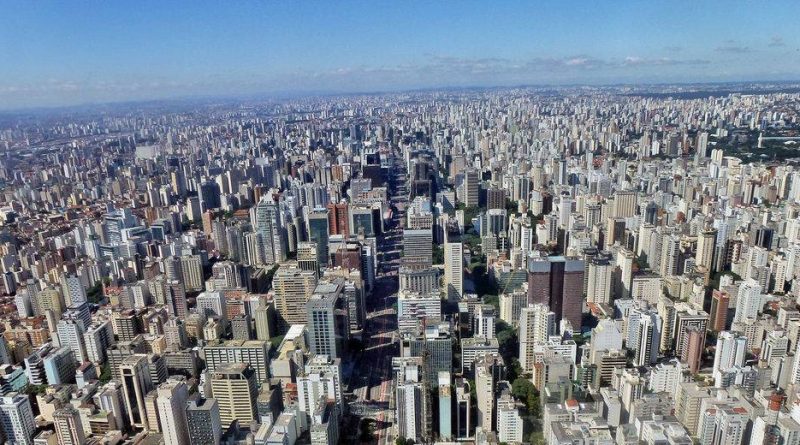 This article was contributed by EB-5 Daily

The EB-5 Program is a popular way for high-net-worth foreign nationals to obtain green cards for themselves, their spouse, and children, in exchange for investing capital into U.S. job-creating new commercial enterprises.

Asia continues to dominate the EB-5 market with four of the top five countries being Asian. The top two EB-5 investor countries, Mainland China and Vietnam, however, are in retrogression, meaning that professionals in the EB-5 industry are racing to find new emerging markets for alternative capital sources for their projects.

*Data from the U.S. Department of State – Bureau of Consular Affairs

With Mainland China and Vietnam taking a back seat, here are the 7 emerging EB-5 markets the EB-5 industry is watching:

Nigeria is the 30th largest economy in the world and the largest in Africa. In addition to oil revenue, Nigeria’s growth can be attributed to its expanding manufacturing, technology, communications and financial sectors. Although the country’s economy is growing, the majority of its population still live in poverty. Spurred by the presence of terrorism and high crime rates, many Nigerians have turned to the EB-5 Program as a pathway to U.S. immigration.

The number of visas issued to investors from Venezuela has more than doubled since FY 2015. Like in Brazil, high net worth Venezuelans have invested in the EB-5 Program as a way to escape the worsening crime and political turmoil in their home country. Venezuela has also suffered from hyperinflation and – according to Forbes – has the world’s highest annual inflation rate at a staggering 15,657%. Many Venezuelans left the country on temporary visas to the U.S. and are looking for more permanent solutions like green cards through the EB-5 Program.

The EB-5 program became a noticeably popular option for wealthy Russians in 2014. Since that year, the number of visas issued annually has increased steadily.

Worsening political conditions and high crime rates may have been motivating factors for Russians to emigrate. Another factor bolstering interest among Russians may be the 2014-2017 Russian economic crisis and the devaluation of the Ruble. Many high-net-worth Russians looked to protect their assets by moving them into other markets.

The growing issues with H-1B, the employer-sponsored visa, have many Indians racing to invest in the EB-5 Program, which offers a potentially faster and more beneficial pathway to a U.S. green card. Under the Trump administration, which promotes “hiring Americans”, Indian nationals looking to live and work in the U.S. are having a tougher time finding an employer willing to sponsor them over a U.S. worker. The Protect And Grow American Jobs Act, which was introduced to Congress in 2017, proposed to raise the annual salary requirement of H-1B visa holders from $60,000 to $100,000, another deterrent for employers who hired H-1B visa holders.

The EB-5 visa, which has no employer-sponsor, education, or skill requirements, and has no limitations on where investors can live, work, or go to school in the U.S., appeals to wealthy Indians looking to emigrate with their families.

Taiwan has been a stable capital market that has contributed to the EB-5 Program since its 1990’s inception. Like Mainland Chinese, the Taiwanese see the benefits of investing in the United States, not only for the business opportunities but also for their children’s educational opportunities. Unlike Mainland China, Taiwan is not currently under EB-5 visa retrogression. Some investors from Mainland China whose spouses are from Taiwan, Hong Kong or Macau (regions not under EB-5 retrogression), will “charge” to their spouse’s country to avoid significant EB-5 processing delays.

When the EB-5 Program began in the 1990’s, EB-5 applicants from South Korea outnumbered investors from Mainland China. Their long-time familiarity with the program and its benefits drove a steady stream of applicants over the years. The EB-5 visa appealed to South Korean professionals like accountants, lawyers, and businessmen. Many of these financially savvy families, who have long been familiar with the advantages of the EB-5 Program, are interested in obtaining green cards because it allows them to send their children to top-rated universities in the U.S. and qualify for in-state tuition.

Brazil is a commodity-rich country with beautiful scenery and the highest number of millionaire households in Latin America, but it has also suffered from government corruption, a high crime rate, and a recent economic downturn.

Due to the oversubscription to EB-5 visas among the Chinese, regional centers and developers in Florida have begun concentrating their marketing efforts on promoting the program to Brazilians and Venezuelans already living in the U.S. on temporary visas. Brazil and Venezuela’s strong cultural and trade ties to Florida have made it a hotspot for EB-5 investment.

To read more in-depth about the growing demand for the EB-5 visa in Brazil, see our article here.

The Future of EB-5

Growing popularity for the EB-5 visa in these countries has potential investors rushing to apply before they hit their country’s visa cap. Each country can only receive 7% of the 10,000 EB-5 visas available. Once a country hits their visa cap, they can get held back by final action dates. They must then wait in line behind their compatriots’ older applications who are waiting for the visas that are left over. EB-5 applicants worried about a potential increase in the minimum investment amount are also quickly submitting their forms to keep their place in the line.

In FY2017, Mainland China investors received 75% of EB-5 visas but – due to the visa backlog and long wait times to obtain a visa – interest in the program has been slowing. Therefore, establishing and growing varied EB-5 markets as sources for alternative capital investments is critical to the program’s success and sustainability. Many regional centers and project developers are successfully marketing the EB-5 Program to potential foreign investors already residing in the U.S. on temporary visas.

Overcoming some of the hurdles such as increased awareness in other countries about the EB-5 Program will help sustain the program. The EB-5 Immigrant Investor Program is important because it has boosted the United States’ economy by providing billions of dollars of investment capital for EB-5 related projects and creating hundreds of thousands of jobs at no cost to U.S. taxpayers.