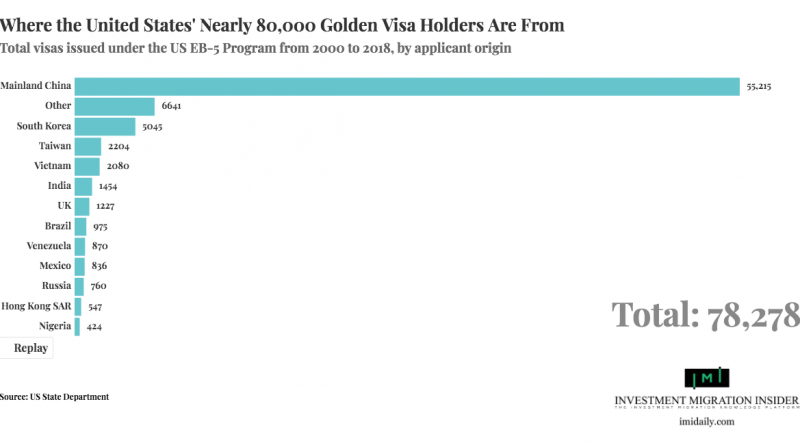 With three countries now in retrogression – China, India, and Vietnam – the US EB-5 is as popular as ever. In the 18 years between 2000 and 2018, the US Citizenship and Immigration Service (USCIS) has issued nearly 80,000 visas to main applicants and their family members. But application volume did not take off in earnest until ten years ago, when Mainland Chinese began applying in record numbers.

The largest applicant group by some distance, Chinese nationals account for about 70% of all-time EB-5 visas during the period. But their dominance of the EB-5 is a relatively recent phenomenon; prior to 2009, South Koreans were the most numerous group.

Our dynamic bar chart shows how the volume and demographic make-up of EB-5 visa grants have changed drastically over the last two decades.

Want to know more about the US EB-5 program? To see statistics, recent articles, official links, and more, visit the US EB-5 Program Page.

Hundreds of companies can assist with an application to the US EB-5 program. To see which ones, visit the Residence and Citizenship by Investment Company Directory.