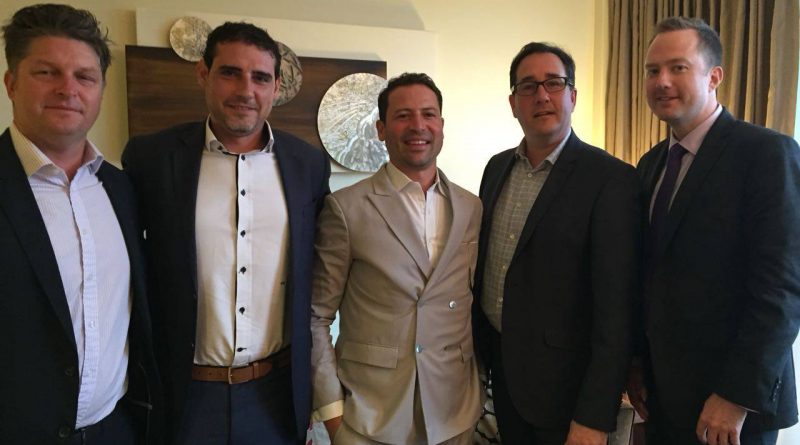 Executives of Dubai-based RIF Trust Investments and Jersey’s Latitude Consultancy have announced they will be merging the two young firms in a share-swap deal that will also see RIF’s Mimoun Assraoui and David Regueiro take a seat each on Latitude’s Board.

The agreement marks the first ever merger between two investment migration firms and is a sign that the industry is maturing.

Eric Major, CEO of Latitude, said he expected the industry to undergo further consolidation in the months ahead as “fragmented and varied-size players explore the merits of joining forces” and expressed pride in being the first to kick off what he believes to be the beginning of an industry tendency.

Major may be right in identifying the beginning of a trend.

Many industry observers had expected Henley & Partners – still the leading investment migration firm and one that reportedly has a considerable war chest – to start off the M&A-trend, particularly in light of their appointment last year of Mark Pihlens as the group’s new Head of Mergers & Acquisitions. Pihlens has been tight-lipped regarding specific plans but both he and other top brass at the firm have told Investment Migration Insider to expect exciting developments on the M&A-front in the months to come.

Mimoun Assraoui, CEO of RIF, indicated the merger with Latitude would help bring RIF closer to its goal of becoming an industry leader, adding that “the depth and experience of Latitude’s senior management combined with our strong sales culture is sure to bring great results”.

“This is a merger of equals,” said David Regueiro, RIF’s COO, who revealed that the two firms will continue to operate under their respective banners until the end of the year, after which

RIF’s brand will gradually be introduced on corporate materials as part of the Latitude group. “We’re looking for synergies by combining B2B and B2C, and also merging in terms of management,” said Regueiro, explaining that Major will remain the chairman, Assraoui will become vice-chairman, while Regueiro himself will become an executive director.

Major and Regueiro both indicated the two firms would be dividing the work according to their respective strengths; Latitude, a firm that only opened six months ago, has the breadth of experience but a limited client base; RIF, on its end, has developed a significant volume of clients, becoming one of the leading firms in the Gulf-region in terms of application numbers.

“As a combined firm, we will be processing applications in the hundreds in over a dozen jurisdictions,” said Major.