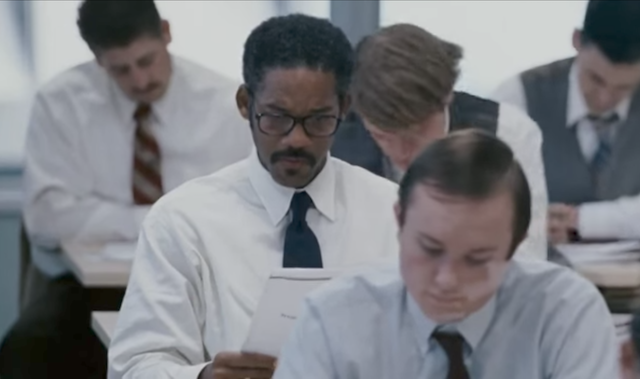 There are too many cowboys in our line of work. They’re playing it fast and loose and we need to rein them in before their cavalier attitudes cause irreparable harm to the whole investment migration industry.

Ralph Dahinden recently wrote about the industry’s bad apples. I would add a layer of nuance to that analogy because there are two kinds of bad apples:

There are apples that look firm and savory but have soft brown spots that you don’t notice until you get home, which is a nuisance but which nonetheless doesn’t prevent you from going about your day reasonably untroubled.

Brown-spotted apples are the people who bend the rules and cut corners, who conveniently forget to tell you about inconvenient requirements until after you’ve paid your deposit, or who inflate the price of real estate units to meet the minimum investment requirement and, by the same token, leave room for a 30% commission to agents, fleecing the client in the process.

This type of bad apples are the fly-by-nighters who perpetually toe (but never quite cross) the line that separates the gray area of plausibly deniable disingenuousness from out-and-out charlatanry.

And then there are shiny, delectable-looking apples laced with poison.

These are the sharks; the conscienceless pricks who only entered this business to begin with because they saw a chance to cheat unsuspecting victims of their money.

The investment migration industry attracts a lot of sharks, and it’s easy to see why. How many unregulated industries can you think of that

You couldn’t design a more shark-friendly business environment if you tried.

CAPR.world says Scott Thompson of 2ndPassports.com, which they claim is a fraudulent company, said he was part of INTERPOL and threatened to “block” clients’ passports if they didn’t send more money. Portuguese police recently arrested a Lisbon lawyer charged with siphoning off the money her clients had wired to pay for their golden visa property.

Whether the allegations are accurate in these particular instances is beside the point. We all know there are sharks in the investment migration waters. Many of us even know who they are, yet who among us dare speak up?

If you read my interview with CAPR.world, you may have noticed I didn’t ask about their identities. That’s because I understand perfectly well why a group dedicated to exposing fraudulent psychopaths with lots of money and clout would want to remain anonymous. Collectively, the industry has a general interest in ridding itself of snake-oil salesmen – because they bring us all into disrepute – but no individual has any special interest in exposing them because con-artists are often powerful people who can f**k you up.

Bad apples, of all shades, pose nothing less than an existential threat to the industry. We need to stamp out this unsavory element tout de suite. I wrote earlier this week that “there’s no shortage of bureaucrats looking for a way to regulate or even shutter our line of work. Let’s not give them an excuse. We either regulate ourselves, or we get regulated.”

But if we’re afraid to expose swindlers because they can be formidable enemies, how do we prevent them from destroying the reputation of investment migration?

Ostracism. It’s a negatively charged term, but that’s unwarranted because it essentially means exclusion, and exclusivity is a word not marred by such unfavorable connotations, rather the opposite. If you marry a woman, you’re effectively ostracizing all other women as potential romantic partners (one would hope). When you buy a macchiato at Starbucks, you’re not also buying it at Costa Coffee.

Hospitals ostracize people who haven’t gone through years of medical training and examinations from performing surgery. And I, for one, am sure glad they do! They don’t do it because they want to be mean to every Tom, Dick and Harry who’d like to try out a scalpel; they do it so that people will get reliable medical treatment and, by extension, come to trust and respect doctors.

People looking to obtain second passports are putting their lives in our hands. It’s no trivial matter. But, as things stand, literally anyone can claim to be an investment migration expert. That’s a problem.

The rationale for the founding of the Investment Migration Council was (partly) that it would help mitigate this problem. But many legitimate companies are still not members, and I don’t know how zealously they enforce the Code of Ethics they impose on their members. It may just have escaped my attention, but I haven’t heard of anyone being “disbarred” by the IMC. 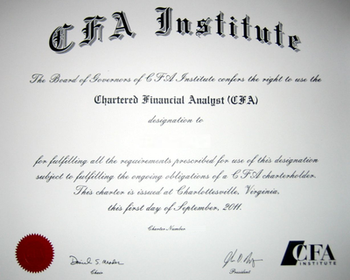 from laymen by mandating that prospective members undergo a series of rigorous exams before receiving their qualification. Furthermore, career advancement within most large-scale financial institutions is contingent on the possession of credentials like CFA, CPA, CPF and so on. Try being a senior executive at JP Morgan without at least three letters behind your name.

We need a CFA for people who work in investment migration. Call it CIMP, Chartered Investment Migration Practitioner, or something like that.

Imagine potential immigrant investors asking service providers “Are you CIMP-certified?” before even considering their services. Imagine companies like Henley & Partners, Arton Capital or Harvey Law telling their managers they needed Level 2 CIMP-qualifications to be considered for promotion to senior management.

Is a Cypriot realtor caught telling applicants the unit they buy is a freehold property, when in reality that will only be the case after 20 years when the developer has paid off the mortgage and received the deed from the bank? Revoke his CIMP-certification. Clients will ostracize him until he can prove that he has changed his ways and gets re-certified.

I’m not saying you need to be just like a CFA right off the bat. You don’t need multiple exams and years of practice to qualify for a Level 1 CIMP, at least not in the beginning. Phase it in.

A CIMP-certification would serve several functions:

Of course, if the IMC were the first to formalize this type of certification and make it the standard, it would certainly help cement their position as the only legitimate industry association. That position is still contested, if ever so feebly, and others may try to beat them to it. The race is on!