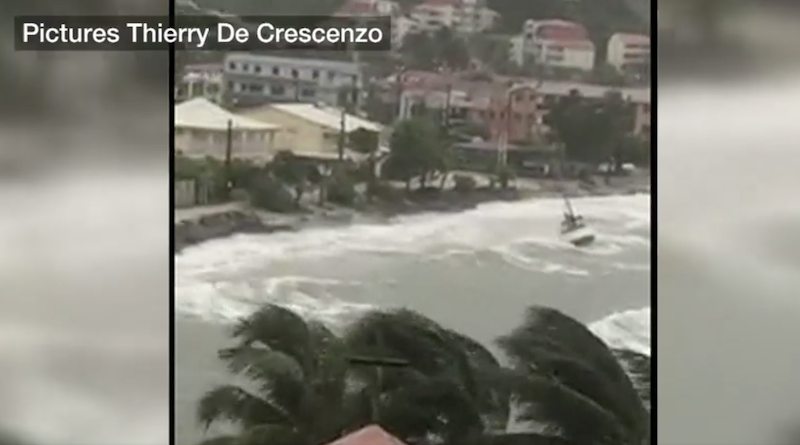 The BBC reports that Hurricane Maria, a category 5 storm, struck Dominica last night, leaving behind a trail of utter devastation. The extent of the damage is as yet unknown as lines of communication with residents of Dominica are impaired, but if the havoc Hurricane Irma, a category 4 storm, wreaked on Barbuda a week ago is anything to go by, prospects are very dim for Dominica.

The PM has been sharing updates via Facebook throughout the night.  He said that while he had been rescued, the roof of his house was “gone”, and that “the winds are merciless! We shall survive by the grace of God”. 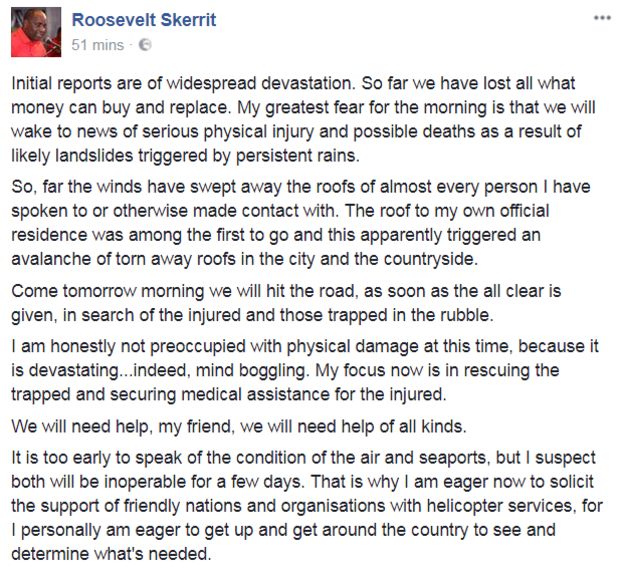 Several readers of Investment Migration Insider have reported that they are currently unable to reach any of their colleagues on Dominica.

We will be back with more as the story develops.