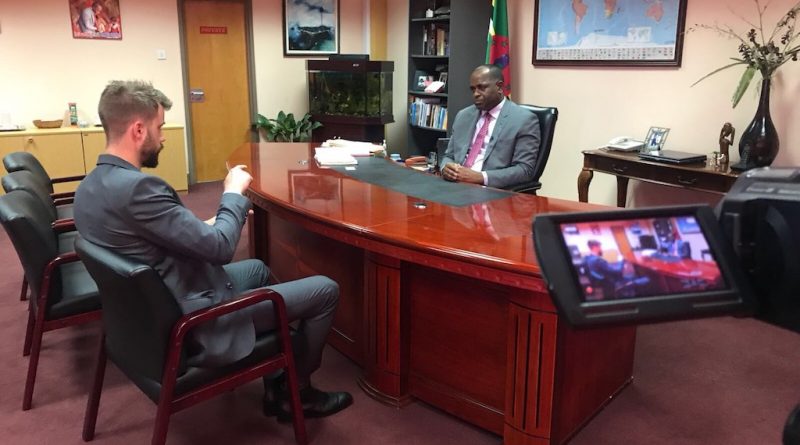 Just hours before we were scheduled to meet Prime Minister Skerrit for an interview in his office in Roseau, Dominica, word reached us that the PMs of the Caribbean CIP-countries are moving toward signing a Memorandum of Understanding on closer cooperation between the Citizenship by Investment Units on matters related to information sharing as well as setting a price floor.

We spoke with PM Skerrit about the topic in an on-camera interview, which we will publish in the coming days. In the meantime, see the official press release below:

Basseterre, St. Kitts, February 19, 2018 (SKNIS): As OECS (Organization of Eastern Caribbean States) Heads of Government move to finalize a Memorandum of Understanding (MOU) to better cooperate, collaborate and organize their Citizenship-by-Investment (CBI) Programmes on the fringes of the upcoming 29th Inter-sessional Meeting of the Conference of Heads of Government of CARICOM (The Caribbean Community) from 26th -27th of February, 2018, in Port-au-Prince, Haiti, Prime Minister of the Commonwealth of Dominica and Chairman of the ECCB Monetary Council, Honourable Roosevelt Skerrit, says “there is no race to the bottom” for several OECS countries that rely on CBI programmes to boost their fiscal space.

“We’ve been discussing the issue of the CBI among ourselves as Heads of Government and also at the level of the heads of the various units, and there was a first meeting; there’s a draft MOU, which all of us have agreed to in principle that’s being discussed among our technical people. We’re hoping that we can have a meeting on the margins of the CARICOM meeting in Haiti this month to finalize the MOU that would speak to a number of areas of standardization and ensuring that there is a greater sharing of information,” said Prime Minister Skerrit at a media engagement after the recently concluded 90th Meeting of the ECCB Monetary Council at the Eastern Caribbean Central Bank (ECCB) Headquarters in St. Kitts on February 16, 2018.

He said that the Heads of Government of the OECS territories with CBI programmes, namely, St. Kitts and Nevis, Antigua and Barbuda, Grenada, Saint Lucia, and the Commonwealth of Dominica, “were mindful of the issues and it is something that we have to address collectively and to see where we can have some uniformity in our approach—on application forms, our sharing of information, our legislation and what have you.”

“I must say all of the countries, which have the CBI programmes are very keen on this collaboration and this cooperation; it’s a matter for us to meet and to finalize it and to have it ratified and implemented,” Prime Minister Skerrit said.

He underscored the important role the CBI programmes play as a source of revenue, especially for Small Island Developing States (SIDS), and “the need to be mindful of the issues raised by various stakeholders and where there’s merit in those concerns, we need to address them.”

In addition, Prime Minister Skerrit said that people need to be properly educated about the CBI programmes to mitigate against the “misinformation and malicious information out there on our programmes and how these programmes are managed without due diligence.”

“In all of our countries, there are several layers of due diligence that take place and we utilize the same agencies which the developed countries use to conduct due diligence,” he said, while highlighting that “our programmes are well managed” and “not averse to receiving criticism.”

The Dominican prime minister said that every country with CBI programmes has different realities that it has to treat with as time goes by.

“We in Dominica have no issue with St. Kitts and Nevis reducing its price. St. Kitts and Nevis has to deal with certain realities and as a government, it has to take decisions in the interests of its citizens,” said Prime Minister Skerritt, in reference to the recent move by St. Kitts and Nevis to institute a temporary Hurricane Relief Fund (HRF) Investment Contribution under the real estate option to assist government with repairs to public infrastructure and private property damaged during the 2017 Hurricane Season.

In the meanwhile, Prime Minister of St. Kitts and Nevis, Dr. the Honourable Timothy Harris, speaking at the ECCB Headquarters media engagement, said that all CBI programmes are priced differently.

“Sometimes, the language gets emotive in terms of a race to the bottom and I don’t think if that in fact could be justified. When we look at the CBI programmes, not just in the Caribbean region but elsewhere, they’ve always been priced differently,” Dr. Harris said.

The St. Kitts-Nevis prime minister underscored how critically important the CBI programmes are.

“The programmes continue to be of critical importance to the fiscal stability of the region and I think that we will work carefully and thoughtfully to both protect them as long as it is in our power to do so and to ensure that our island states are not disadvantaged,” Prime Minister Harris said.

St. Kitts and Nevis has the oldest existing CBI programme in the World, having its genesis in 1984.