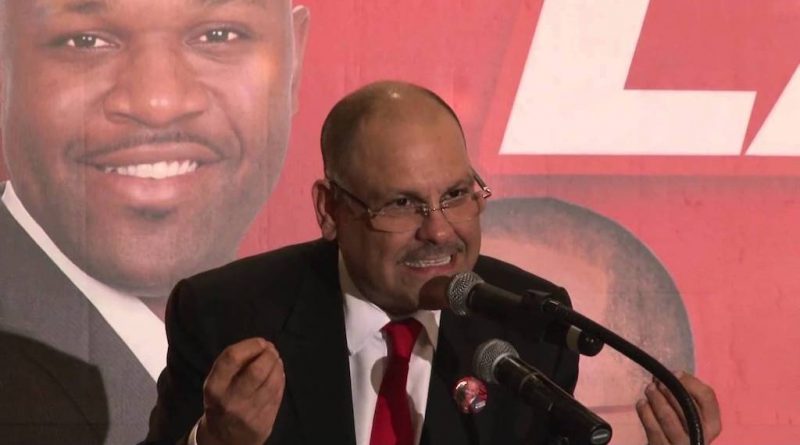 Asot Michael, Antigua & Barbuda’s Minister of Tourism and Investment, was arrested by British police upon arriving in London yesterday, reports the Antigua Observer.

As Minister of Tourism, Michael is responsible for tourism-related projects, which in practice has meant that all real estate projects intended for the Citizenship by Investment Programme have required the express approval of his ministry.

Metropolitan police detained Michael after he landed on a British Airways flight yesterday, but have yet to publish any details about the reason for the arrest. Asot Michael has since been released but told he may be wanted for further questioning. The arrest prompted an extraordinary cabinet meeting in Antigua, upon which Prime Minister Gaston Browne issued the following statement:

ST. JOHN’S, Antigua and Barbuda – October 23, 2017…..The Prime Minister of Antigua and Barbuda, Gaston Browne, has announced that he has advised the Governor General, Sir Rodney Williams to revoke immediately the appointment from the Cabinet, of Tourism and Investment Minister, Asot Michael pending the outcome of his arrest Monday morning by the Metropolitan Police in London.

Prime Minister Browne is presently in Jordan on his way back to Antigua from Montenegro where he led a government delegation to an international conference on Citizenship by Investment.

The Prime Minister advised that he received news from Antigua and Barbuda’s High Commissioner in London, Karen-Mae Hill, that she had been informed that Mr. Michael was arrested on his arrival in England Monday morning.

“While I have no firm details of the reasons for Mr. Michael’s arrest, the arrest itself is sufficient for me to revoke immediately his appointment as a Cabinet member and to relieve him of all Ministerial portfolios until this matter is resolved,” PM Browne said.

The Prime Minister declared: “I have repeatedly stated that I expect every member of my government to comply with the highest possible standards required of public office, and while Mr. Michael might establish his innocence in time, the fact that he has been arrested, obliges me to relieve him of all government duties”.

“I undertake to release other information regarding Mr. Michael’s arrest as it is brought to my attention.”(Ends)

Why would the Metropolitan Police arrest Asot Michael? For UK authorities to take such action against a government representative of a sovereign nation indicates it is no trivial matter.

While never convicted, Mr. Michael has previously been accused of serious crimes such as money laundering, corruption, extortion and other types of finagling skulduggery during his many years as a public official.