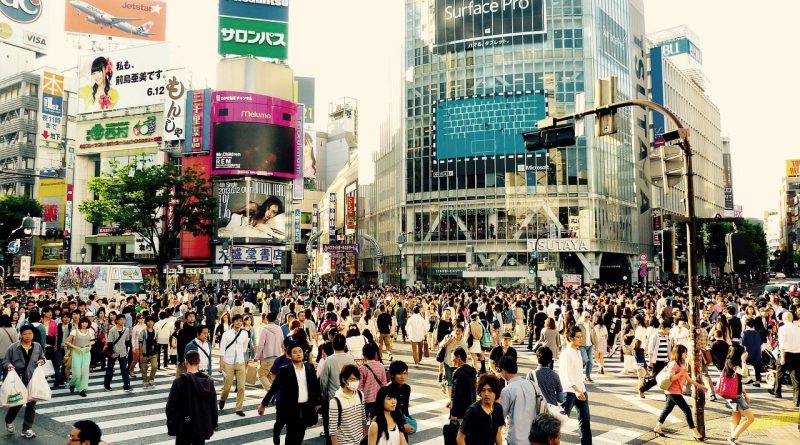 An estimated 700,000 dual citizens aged more than 22 live in Japan and an even more numerous – but innumerable – group of Japanese dual citizens abroad.

Why do we count people older than 22? Because dual citizenship is technically only legal in Japan until the age of 22, at which point an individual must make a “declaration of citizenship,” a declaration in which the Japanese state effectively asks dual citizens to give up their claim on at least one of their nationalities.

In Japan, citizenship is determined by Jus Sanguinis – the “right of blood” – which simply means that Japanese nationality is transmitted by virtue of belonging to the Japanese ethnicity, as opposed to by Jus Soli “right of soil”, which confers nationality on the basis of being born within the country.

You are only a citizen if you have at least one parent whose blood can be classified as Japanese. A few exceptions exist for those who obtain citizenships through naturalization or refugee status, but examples of this are rare.

In 2008, conservative lawmakers proposed that DNA testing become part of the process necessary to determine Japanese citizenship, suggesting that biological markers could identify Japanese blood over foreign blood. The practice promotes a Japanese ethnostate in which the ideal citizenry is composed of 100 percent racially Japanese. The Japanese definition of nationality places a heavy emphasis on ethnicity based on ‘blood’.

Koreans living in Japan without nationality

The ethnic Koreans living in Japan are known as “Zainichi Koreans”. The word ‘Zainichi’ refers to the ethnic Korean community that arrived in Japan during the 1910-45 occupation of Korea and stayed on after Japan’s defeat in World War II. The Zainichi are permanent residents of Japan with South Korean nationality and South Korean passports, or “Chōsen-seki” (Korean domicile), those who are ethnically Korean but have chosen not to obtain South Korean nationality, all the while residing legally in Japan. The Chōsen-seki are technically stateless, but often hold passports of some third country, or receive temporary travel documents from Japan, by which they are able to lawfully cross borders.

In 1947, Japan ordered the Korean people in Japan to list their nationality as “Chōsen”, a designation that refers to the name of the last Korean empire.

Despite discrimination, Chōsen-seki Zainichi in Japan say they stand firmly by their status. However, the Japanese state and society continue to treat this status differently, and they do not have effective representation in government.

Between 1868 and 2015, 581,000 people have legally become Japanese through naturalization. Even today, thousands of people are naturalized each year. On a technical level, the Japanese requirements of citizenship are similar to those of many European countries: eligibility is based on sustainable economic independence – which entails having a stable source of income, usually a monthly salary above ¥250,000, or about US$2,200 – a certain mastery of Japanese language, as well as five consecutive years of legal, physical residence in the country. Furthermore, you must be willing to give up all your other nationalities.

The Roman philosopher Cicero, who was among the first to consider the concept of citizenship, explained the relationship between citizen and state in this manner: In return for completing certain civic responsibilities (say, paying your taxes and following road signs), citizens are offered rights; protection from the state, and the ability to claim nationality.

More than a thousand years later, Hannah Arendt echoed this same sentiment by famously calling citizenship “the right to have rights.” In her view, citizenship was a necessary vehicle to deliver human rights, because only a state can deliver them. Taken backward, this implies that, without a government’s acknowledgment of citizenship, a person can be stripped of the rights inherent to their existence. In other words, if you’re not a citizen, you’re not fully a person.

Japan still does not recognize dual nationality because of its restrictive approach to immigration. This stance fundamentally conflicts with its parallel desire to remain economically competitive because the country has an aging, shrinking population. To reconcile the conflicting objectives, Japan will need to reconsider its immigration and naturalization policies.

Amsterdam grants local residency to non-citizens who reside in the metropolis for at least five years through employment. These city-citizens are then entitled to have their interests and voices represented in city-wide elections and to form political parties. The non-citizens gain political standing and the protection of the enabling locality without reference to their place of birth or bloodline.

In this respect, the ‘jus nexi’ reform is informed by reinvigorated definitions of membership at the international and local levels. This new conception of citizenship highlights the value of an actual, real, everyday, and meaningful web of relations and human interactions.

As more and more humans cross more and more borders in search of jobs, security, and a better future, the need to confront, assimilate or expel strangers strains political systems and collective identities that were shaped in less fluid times.

Europeans have transcended the cultural differences of Greeks, French, Spanish, or Germans despite recently suffering from the influx of several million impoverished refugees, as well as the Brexit issues, and we hope Europe can find a path enabling it to keep the gates open to strangers without becoming destabilized by people who don’t share its values.

Perhaps the formula ‘jus nexi’ could illustrate a path for Japan toward a new, progressive immigration policy that shares the cultural values of different races in the future.