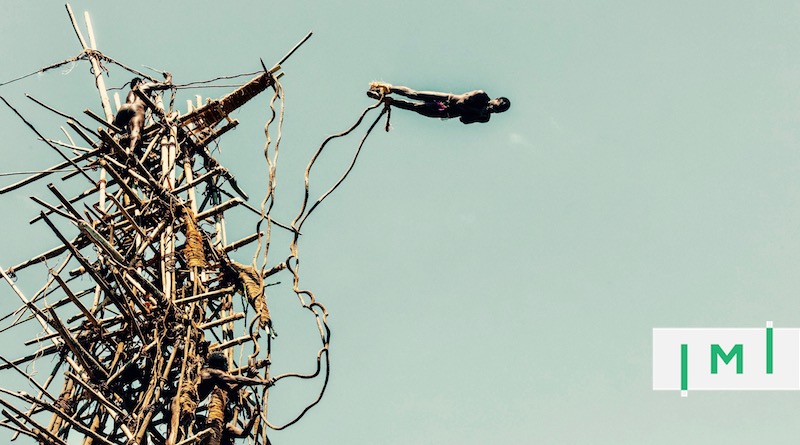 A recent article in the LA Times highlighted the confusion and misleading labeling that occurs in the Residence-by-Investment (RBI) and Citizenship-by-Investment (CBI) world. The article, which concerned the Greek RBI program, used the terms “citizenship” and “passport” interchangeably with “residence.”

After contacting the journalist, she corrected the most egregious mistakes. However, this was a classic example of how the casual misuse of very different terms can not only cause public confusion and mistrust but can also be used as a gateway to misleading advertising and possibly even fraud.

I frequently receive advertisements for “passports” organized through “Golden Visa” programs in Portugal and Greece. As subscribers to IMI know, both of these countries run RBI programs; not CIPs. These programs may lead to citizenship after a number of years and the completion of various naturalization requirements. Sadly, however, unsuspecting consumers are lured in by this misleading advertising. Instead of an easy route to a second passport – they are sold an RBI program. This is a classic bait-and-switch.

Even more outrageous, in some cases, they are told that the residence permit is the document that allows them to apply for the passport. By the time the consumer discovers that citizenship and a passport are years and steps away, the salesperson (along with their commission) is long gone.

Not all passports are created equal
Most IMI readers understand that a passport is the travel document issued to a citizen or national of a particular country. There are some travel documents, such as a Refugee Travel Document, which a government sometimes issues. However, these latter travel documents clearly note that the holder is NOT a citizen. The document is limited to a specific purpose such as to facilitate the travel of a stateless person. Visa requirements, such as those of Schengen treaty states, clearly apply visa requirements for certain foreign citizens. The required evidence of foreign nationality is almost universally a passport for both visa applications and presentation at ports of entry when seeking entry.

However, what happens when a passport is issued to someone other than a citizen or national? This is exactly the situation with individuals who secured a status called “honorary citizenship” of Vanuatu. The problem lies in the fact that these honorary citizens are issued the same passport as regular full Vanuatu citizens (aka “Ni-Vanuatu”). Of course, sovereign nations such as Vanuatu are free to grant whatever status that they wish and they may do so under any criteria they choose – such as investment/government fees. In fact many countries –  such as the US – issue honorary citizenship to luminaries such as Mother Teresa for a wide variety of reasons. The key difference, however, is that, unlike what Vanuatu does, these other countries do not issue passports to those to whom they grant honorary citizenship!

Vanuatu honorary citizenship – an unclear offering
In the last year, this questionable practice of Vanuatu issuing passports to honorary citizens has started to bubble to the surface. In February 2019, Vanuatu promoter James Harris proclaimed at a trade show that the honorary citizenship issue was “solved”. This was due, he stated, to the production of a “new” citizenship certificate that did not use the term “honorary”. Mr. Harris gave this information to the editor of IMI, who – in turn – asked for evidence of proof of authenticity of the new citizenship certificate document or the legal basis for the change in notation, as he could find nothing online. Mr. Harris responded that he was confident the relevant legislation was “in the works”. In the meantime, Vanuatu continued to release various statements touting their program.

More confusion
On April 24, 2019, a former Vanuatu promoter, Martin Fairbairn, then jumped in on IMI and muddied the waters with a discussion about competing programs. Mr. Fairbairn then sent me documentation that purports to have “corrected the Honorary Citizenship program.” But a quick read shows that

a) it is unclear if the documentation supports this conclusion at all and;

b) it does not address the issue of previously minted honorary citizens who are in possession of regular Vanuatu passports.

Mr. Harris then published, through IMI, a series of regulations that supposedly cleaned up the issues that Mr. Fairbairn raised. Unfortunately, these regulations do not in any way deal with the most important issue of honorary citizenship. Mr Harris plays this down as a small housekeeping detail to be dealt with in the future:

“There remains scope for considerable expansion of the Regulations and, therefore any omissions or perceived short-comings therein will be the subject of much further discussion. Two clear-cut areas that should have been addressed are the lack of clear directives regarding the removal of the “honorary” citizenship category and the lack of reference to the admissibility of so-called ‘PEPs’.”

Since this exchange, Vanuatu and Mr. Harris have not returned to address the issue and continue to tout the program’s success.

Problems with the Vanuatu program
Significant rumblings about the Vanuatu program are brewing. First, the online squabble between Mr. Harris and Mr. Fairbairn led to questions from potential purchasers. These concerns were heightened by the fact that the new regulations seemed to studiously avoid dealing with honorary citizenship. Then, in July 2019, six Vanuatu honorary citizens/Chinese citizens were snatched off the streets of Vanuatu. They were hustled onto a China-bound plane by Chinese authorities and their Vanuatu honorary citizenships were revoked. All of this without even a veneer of due process. Finally, in response to the coronavirus, Vanuatu authorities suspended certain swearing-in ceremonies.

The Vanuatu government is free to pass whatever domestic legislation it wishes. However, there are several serious questions that their actions to date raise:

1. Other Countries
Are countries like the Schengen states and New Zealand aware that individuals who are not full Vanuatu citizens have been presenting Vanuatu passports when seeking visas or entry at their airports? How will these countries react when they discover that they have been misled? Will they require additional evidence of full Vanuatu citizenship/nationality? What form will this take? Will they refuse to issue visas or allow entry to anyone presenting the current version of the Vanuatu passport? After all, since it can no longer be relied upon as proof that the holder is a full Vanuatu citizen, will this require a universal cancellation of the current Vanuatu passport?

2. Airlines
Are airlines that fly passengers presenting Vanuatu passports aware that some of them are not full Vanuatu citizens? Will they wait for foreign governments to react or will they take pre-emptive action? They may decide to refuse to issue boarding passes to those who present a Vanuatu passport, or they may require additional evidence of full Vanuatu citizenship. When a passenger is refused entry at the destination, it’s the airline’s responsibility to return the individual. The airline may well worry that a country like New Zealand could refuse passengers carrying tainted Vanuatu passports. They may choose to avoid the financial risk of flying them back by refusing to issue boarding passes in the first place.

3. CBI Market
What will the impact of this controversy be to the market? If Vanuatu properly eliminates honorary citizenship through legislation and grants full nationality to new CBI applicants, what happens to those who were issued honorary citizenship prior to the change? Will they be retroactively legally upgraded to the full status or left to twist in the wind?

4. Ni-Vanuatu
How will the Ni-Vanuatu react to these potential ramifications of the apparent tainting of their international travel document? How will they respond to the resulting added visa, boarding pass, and entry hassles? What will their reaction be to the proposed granting of full citizenship to prior and future purchasers? It is worth noting that fear of negative political ramifications of granting full status presumably played a part in the offering of honorary citizenship in the first place.

A dubious honor
The sad truth is that most prior and potential purchasers will not be aware of the short-comings of honorary citizenship until the inevitable day when the many above-noted questions are asked and answered. Until that occurs, thousands of families in Hong Kong and China believe that their second passport from Vanuatu continues to provide a safety net. They may only find out otherwise when they attempt to leave the country and are denied a boarding pass.

This entire controversy brings to mind my response when one promoter a few years ago presented me with Vanuatu’s honorary citizenship program. My immediate response was: “Honorary citizenship is like being honorarily pregnant; it does not produce the desired result. Therefore, it is worse than worthless.”