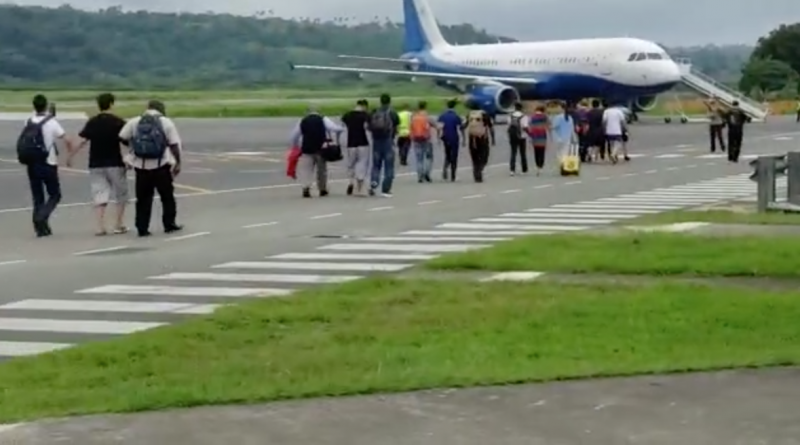 Last week, Vanuatu law enforcement and immigration officials, accompanied by five (plain-clothed) unidentified representatives of Chinese law enforcement, arrested six Chinese nationals – four of whom also held Vanuatu citizenships – on charges of operating a Ponzi scheme. Vanuatu officials say they canceled the citizenships of the four suspects who held such in Vanuatu and that they have “deported” all six to China.

PlusToken, a company opened in April 2018, had persuaded investors to make deposits to its online cryptocurrency wallets by promising returns of 10-30% monthly, reports the Vanuatu Daily Post. By continually engaging in arbitrage between crypto-markets – which, unlike conventional securities markets, are not all globally integrated and therefore have asymmetric demand and supply, enabling fast-acting traders to make money from the difference in price between the various exchanges – Plustoken would reap significant gains on behalf of those of its customers who deposited more than US$500.

The business model, in itself, is not fraudulent; any market that does not have perfect global efficiency between markets will have arbitrage opportunities. While such gaps have been all but eliminated in mature markets where traders can buy and sell on almost any exchange with the same information, price disparities between crypto-markets were significant until recently, particularly in China, where both capital flow and the internet are characterized by a degree of segregation from the rest of the world.

But as the sector has matured, such opportunities have gradually disappeared also from crypto-markets; automated trading algorithms have rendered arbitrage margins virtually insignificant. PlusToken, however, continued to promise returns as if such opportunities still existed. Before long, say Chinese prosecutors, the firm began using the proceeds from new deposits to pay its existing client base. In other words, they were allegedly engaged in a run-of-the-mill Ponzi scheme.

In March this year, industry sources claim, PlusToken began to suffer the same fate that befalls all Ponzi schemes sooner or later; proceeds from new depositors no longer sufficed to cover payments to existing ones. To camouflage its alleged fraud, the company blamed computer error for clients’ inability to make withdrawals.

A few weeks before Chinese authorities began its investigations into the company, the PlusToken six filed applications to become Vanuatu citizens by investment in the Development and Support Program through Horizon Consultant, a licensed agent. The applicants’ documentation reportedly underwent the customary due diligence procedure with the Vanuatu Financial Intelligence Unit (FIU). Checks against the databases of Interpol and Chinese law enforcement, however, came up empty, showing no adverse results, because the Chinese investigation into the matter had either just recently been started or still remained secret.

In mid-May 2019, the Vanuatu Citizenship Commission approved four of the six applications, granting the citizenships, while – at the time of their arrest – two of the six still had applications pending. About a month later, Chinese police notified Vanuatu authorities of an ongoing investigation into the six, without specifying the charges.

Chinese authorities, furthermore, claimed the six had forged their Chinese police clearance documents. Upon learning of the purported document fraud, the Vanuatu Immigration Department ruled the four approved applications, as well as the two pending ones, to be invalid, and revoked their citizenships.

According to the Citizenship Act 14(2), Vanuatu authorities are perfectly within their rights to revoke citizenships if the basis for the granting of such is discovered, post-hoc, to have been forged. But questions were raised as to the legitimacy of the government’s subsequent arrest and expulsion of the defendants. According to the law, such revocation of citizenship shall not take place until thirty days following the discovery of the forgery, during which period the accused would, presumably, have a chance to learn of the criminal proceedings undertaken against them and to challenge the allegations.

Instead, the Vanuatu government immediately revoked the citizenships and allowed Chinese authorities to repatriate the six individuals. There is nothing to indicate the accused had a chance to get any legal counsel during or after their arrest. What the Vanuatu government terms a “deportation”, moreover, effectively amounts to extradition because the six were not merely ejected from “the world’s happiest country” but flown away, in chains, directly to China, whose justice system’s adherence to the principles of habeas corpus, presumed innocence, and impartiality is less than exemplary.

Chinese authorities, reports the Daily Post, did not provide an arrest warrant, but rather a “wanted” notice. Whether or not the PlusToken Six are guilty of the crimes Chinese law enforcement maintains they committed, questions will surely be raised as to the manner in which Vanuatu has treated its own citizens in this case.