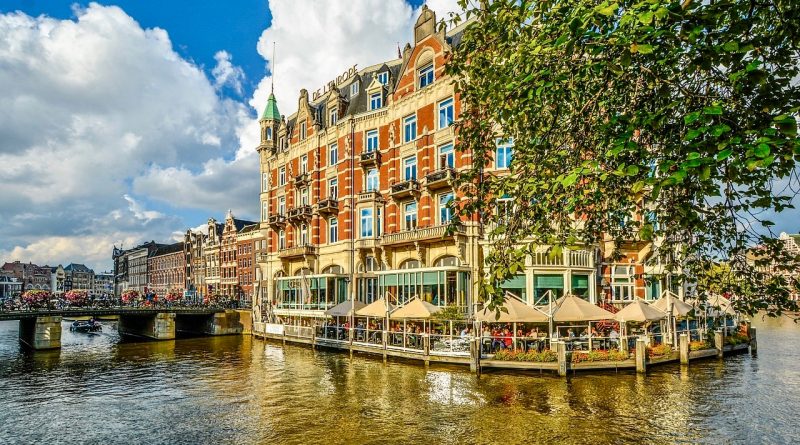 Could we soon see the rise of CIPs that apply to cities, rather than to whole countries? One progressive European city provides a template.

In an era where people are more mobile than ever and citizenship by investment programs (CIPs) are growing in number, the existence of the Amsterdam’s local residence permit generates new questions regarding the possibility of a “city-specific CIP”. Could that city’s approach to residence permits be a template for other cities to emulate and adapt to citizenship as well?

An Overview of Residency in Amsterdam

When first relocating to Amsterdam, a foreigner can (and must, depending on the nature and duration of their stay) apply for a residency permit. Initially, this may not appear very different from the paperwork foreigners encounter when settling elsewhere. Notifying your nation’s consulate or embassy you’re now residing nearby is a common step for any expat living abroad.

See also: E2-Shortcut to the US: The New Must-Have for Citizenship by Investment Programs?

However, Amsterdam offers a rare point of difference: allowing foreigners who reside in the city to obtain a permit to vote in local elections. If you’re a national of a European Union country relocating to Amsterdam, you can obtain a permit quickly. If you’re from a nation outside the EU, you must have been legally living in the Netherlands for 5 years before applying. Whether the process is speedy or slow, once a foreigner has a permit they can vote and participate in other ways in the city’s civic life.

This process provides all Amsterdammers – from lifelong residents to more recent arrivals – a connection to the governance of their city as well as an avenue to raise grievances and seek protection should problems arise. But Amsterdam is not the only European city looking to build a strong civic identity with a large expat base at its foundation.

Why Local Registration is Important

Following the Brexit referendum and the start of planning for the UK to leave the EU, the City began discussions to minimize the impact of the UK’s impending departure. In a post-Brexit relationship, the objective is to maintain the close ties that the City and continental Europe hold today.

There have been many twists and turns in the discussions but, ultimately, those episodes exemplify the power an individual city can wield at the international negotiating table, especially when the City is a cultural melting pot with inhabitants from all four corners of the Earth. Once (if) Brexit takes place, many expect the City to continue to operate semi-independently of the UK government, pursuing new business and commercial ties globally.

As cities exist within the borders of the larger nation-states, any future city CIP must consider the communities around it, particularly as any city CIP that prevents a citizen from travel outside its limits wouldn’t be appealing. What possible solution exists here?

See also: Citizenship by Investment as Insurance Against Statelessness

Migration is about movement, both international and domestic. This presents a unique challenge to governments seeking to encourage migration while avoiding potential downsides of it, like housing shortages and greater traffic congestion.

There are cases where migration interwoven with local residency requirements can work. Australia’s Designation Area Migration Agreements scheme is a leading example of this. The scheme has seen an agreement in place for five years between the government and an employer (who sponsors a worker’s visa) which provides a path to permanent residency for skilled workers who move to rural areas in Australia.

This is seen as a win-win for the Australian government as the plan eases pressure on many of Australia’s capital cities that have been struggling to keep up with population growth, although such growth isn’t exclusively owing to migrants but to urbanization trends in general. A further benefit is the injection of new employees into rural areas that are short of workers.

A city CIP that permits applicants to travel around the country but agree to live and work in a set location for a period could clear many hurdles otherwise in its path. It allows a city to draw new residents, and for neighboring communities – like bigger capital cities – to have peace of mind knowing the city CIP will not be used as a ‘backdoor’ to enter the country, followed by an instant relocation outside of the city.

The experience of Amsterdam and London shows the degree of autonomy powerful cities can hold independent of a state or federal government (or both). It is also clear that there is a growing capacity for cities and states to assert themselves on the world stage generally.

Two examples of this: In 2016, the new Mayor of Rome, Virginia Raggi, withdrew Rome’s 2024 Olympic Games bid despite Prime Minister, Matteo Renzi’s, prior support of it. Second, then-California governor, Jerry Brown, signed an agreement in 2017 for his state to pursue joint action with China to combat climate change. Brown defied the Trump administration and federal government in doing so.

See also: The Generation Game – Can CIP-Investors Really Pass Citizenship On To Their Descendants?

There are also many prominent examples of local governments declaring their communities ‘sanctuary cities’, and subsequently limiting their cooperation with national authorities when it comes to the search for, and extradition of, illegal immigrants.

Ultimately, rapid advances in digital communications mean borderless engagement between all levels of government is easier now than ever. The nature of globalization encourages the fostering of trade and cultural ties at all levels. It is, therefore, no surprise that in this new landscape cities are more assertive, and pursue new paths for greater flexibility in how they operate.

Despite this, the reality remains that federal governments almost always set migration laws and enforce border security exclusively. States and cities can fiddle at the edges but, for now, the bulk of power to make such change continues to reside in the national capitals.

Overall, it is unlikely that such a sweeping change to this dynamic will take place in the near future. That being said, the idea of Brexit occurring was unimaginable just a few short years ago.

In an era where political surprises have become ‘the new normal’, the growing nature of globalization means federal governments face new challenges in administering and maintaining migration flows.

Accordingly, they may increasingly look to cities for help and new partnerships, meaning Amsterdam’s experience is not a standalone example, but a template for the future.