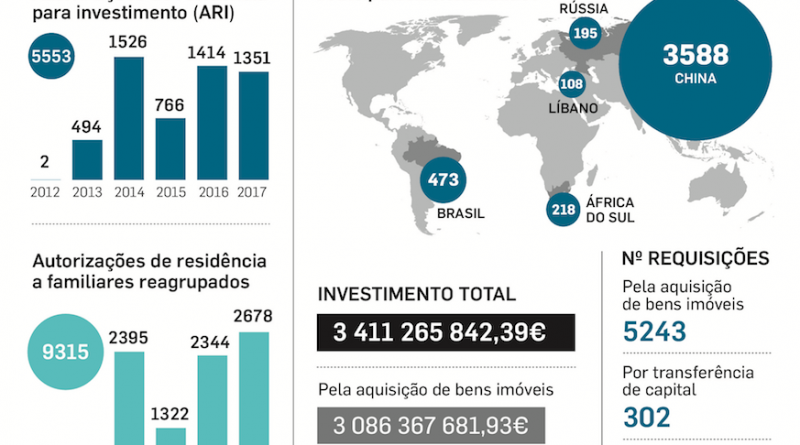 One of the criticisms most frequently levied against Golden Visa programs is that investors are merely out to obtain the documents, rather than taking an interest in the issuing country as such. In Portugal, at least, the data reveal this not to be the case. 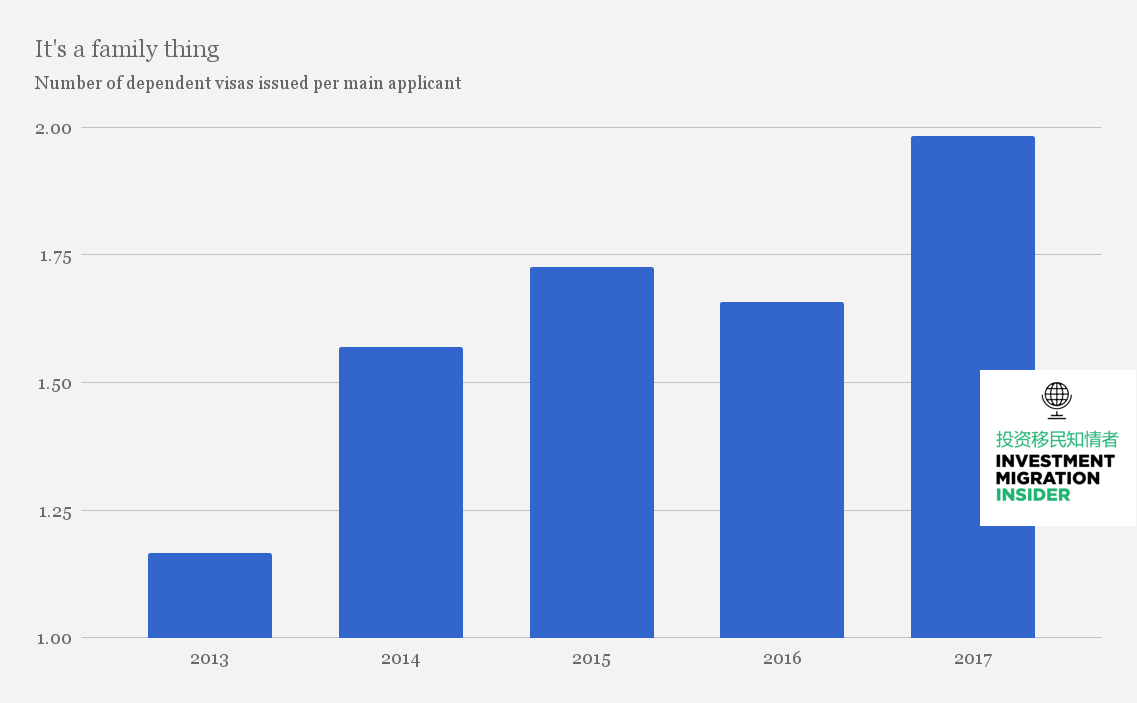 The average main applicant to Portugal’s Golden Visa program (PGVP) – Europe’s most popular such program – comes with two family members in tow, a ratio that’s been steadily rising since the program began five years ago. While in 2013 main applicants brought in just 1.17 family members on average, figures from 2017 show that average had risen to 1.98, which is to say that a single Golden Visa application now brings three new residents to the country.

There appears to be some lead-time for the permanent settlement of dependents in Portugal, with a single main applicant usually testing the waters at first, then gradually bringing in members of both nuclear and extended family. Accounting for some two-thirds of all applicants, the Chinese are the main drivers of the upward trend of dependent visas. 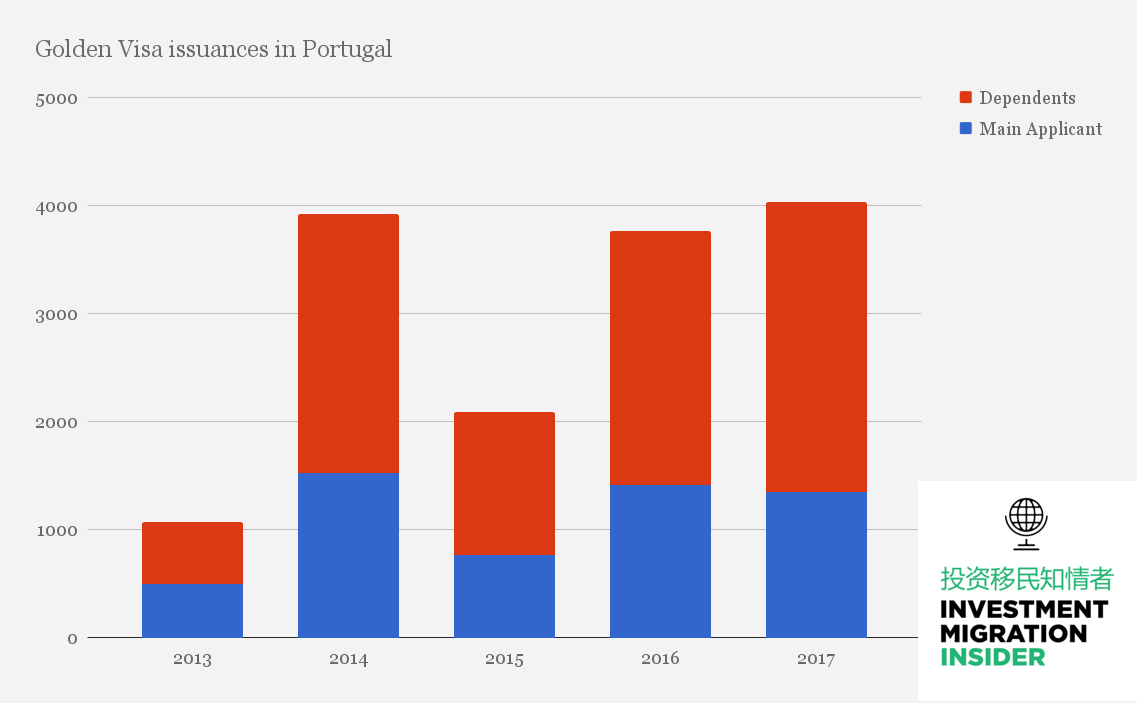 “(Golden Visa holders) come first and then bring their families. They stay here, develop other investments and interests. Often, the spouse and children arrive first and, if things go well for them, their parents and in-laws will want to move to Portugal too,” Y Ping Chow, president of the League of Chinese in Portugal, told Diário de Notícias.

[Liu Guanghui] was a journalist before exporting motorcycles from

China to the US, an activity that greatly benefited from a European visa. He arrived in Portugal in 2008 with his wife and children. The parents came later and lived here for nine months but did not adapt. “Unfortunately, they could not get used to the foreign environment.”

He bought a house in Alcabideche, Cascais, where he lives with his wife and children: a 9-year-old boy and a 12-year-old girl studying at the Salesian School in Estoril. He acquired two more houses, one in Alcabideche and the other in Sintra, which he offers on the Airbnb platform, serving as local accommodation. “What is better at this moment in Portugal is tourism, exporting is not going so well, so I am thinking of betting on tourism,” Liu explains.

This observation also rings true with immigration lawyer Vasco Esteves, who works chiefly with the program’s second largest nationality group, Brazilians. He thinks much of the increase in family members coming to Portugal is driven by the doubling of the number of Brazilians applying to the program since last year. Brazilians have larger families and a greater propensity to include them in the applications, he explains.

“Previously, these people asked for a residence permit because they were interested in having a Portuguese document to use for travel. Now, they come here to live, they want to live here and later to acquire Portuguese nationality, which can happen after six years of living here,” the immigration lawyer told DN.

The investment migration field as a whole has seen a drastic uptick in wealthy Brazilians availing themselves of residence and citizenship by investment programs in the last two years, not just in Portugal but also in the United States (EB-5) and the United Kingdom (Tier 1).

All told, 14,868 individuals – 5,553 of them main applicants – have obtained residence permits through the PGVP since inception in late 2012, raising close to EUR 3.5 billion in investments.

Asked why he prefers life in Portugal, Liu Guanghui offers an explanation no doubt shared by many of his countrymen:

“I live here with my family, the children feel good, they like Portugal, I want to stay here. The quality of life is much better than in China, the air, the beaches, the food, and the Portuguese sympathy is incredible.”

Read all our stories about Portugal’s Golden Visa program here.