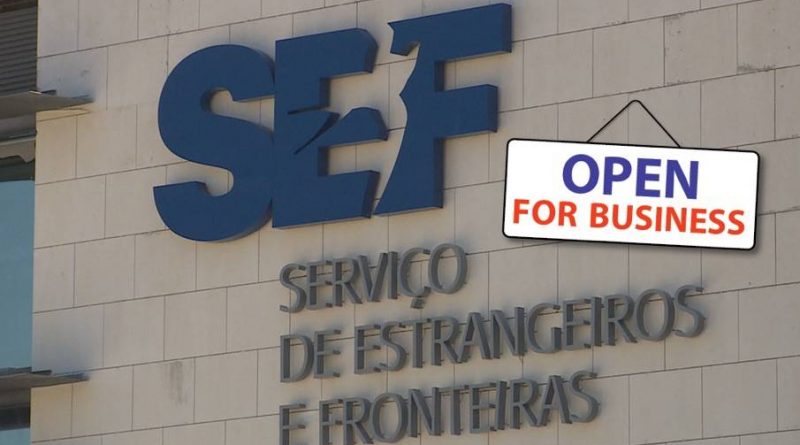 Portugal’s Borders and Immigration Service (the SEF) reports that its application backlog – which stood at more than 6,000 by the end of 2017 – has been reduced by nearly 80% over the last six months following procedural changes. Waiting times for SEF appointments in Lisbon have been cut from more than three months to just one day, reports the Portuguese media.

A spokesperson for the SEF said there had been “an extraordinary level of recovery” in golden visa processing, adding that the wait-list had been reduced from some 6,000 at the end of 2017 to just 1,300 today and that most of those 1,300 applications were pending “due to a lack of essential documents or the need to clarify or update them or to fail to collect biometric data,” which is to say that the remaining queue is not a consequence of a lack of capacity on the part of the SEF, but rather of incomplete applications.

Last year, Investment Migration Insider reported that the Portuguese Golden Visa program had accumulated a backlog of unprocessed applications amounting to more than 4,000 – a figure that would ultimately rise to more than 6,000 – and that prospective applicants were having to wait upwards of 12 weeks to get the initial appointment with the SEF needed to lodge an application.

The SEF, at the time, attributed the backlog to a lack of staff, as well as an extremely high concentration of applications in just a handful of SEF offices in the most popular investment destinations – Lisbon and Porto – due to a rule that required investors to submit applications at an SEF office in the same municipality in which the investment was made. This led to a situation under which SEF offices in some parts of the country had waiting times of several months, while others had no waiting time at all.

In what must be seen as a commendable move and remarkable display of flexibility and responsiveness, the SEF consequently changed its rules to allow applicants to file applications in any SEF office, irrespective of where in the country they had invested.

The SEF further reported that, on their online portal, only nine applications were still pending review and that “at present the availability for service is decentralized, that is, an investor/family investor can visit any bureau of the SEF from the north to the south of the country, by prior appointment,” and that in Lisbon, where investor interest is the greatest, “the availability for ARI service is for the next day and in most places at a national level availability is immediate”.

First applications and renewals are now “generally processed and completed within the time limits provided for by law (90 days for initial visa grants and 60 days for renewals),” wrote the SEF spokesperson. The SEF had also boosted capacity by significantly growing its staff numbers.

Portugal last year looked to be a victim of its own success as Europe’s most popular golden visa program and did suffer a slight drop in interest from Chinese applicants, perhaps as a consequence of the delays (see: Portugal’s Golden Visa Raises €103M in April, But Chinese Interest is Crashing). But with a handful of administrative and regulatory changes, Portugal now appears ready to take all comers and capture all, rather than just part, of investor interest in the country.