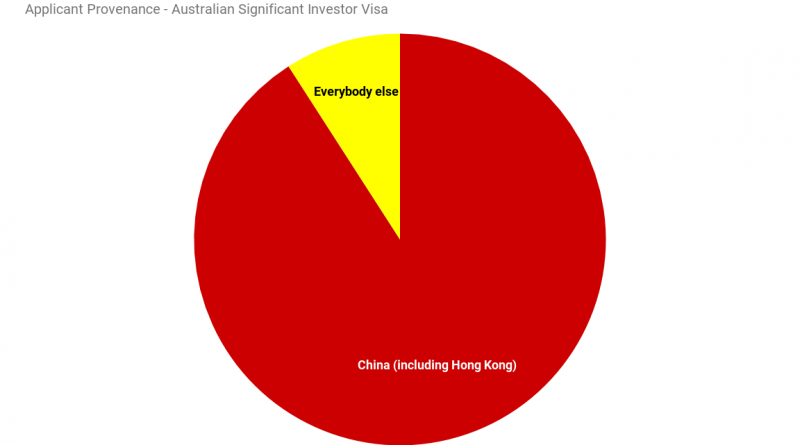 Fresh figures from Australia’s Department of Immigration and Border Protection show that since its beginning less than four and a half years ago, the Australian Significant Investor visa program has received capital investments amounting to AUD 8.89 billion.

Mainland Chinese applicants accounted for 88% of the 1,778 visas granted in the period from November 24th 2012 and March 31st this year, while 2.9% hailed from Hong Kong. Malaysians, South Africans and Vietnamese obtained 1.3%, 1.2% and 1% of visas, respectively.

Based on these numbers – and presuming the Chinese invest about the same, on average as, applicants of other origins – we may infer that mainlanders alone injected into the Australian economy some AUD 150 million a month through the program during its first 52 months.

The data further reveal that New South Wales and Victoria, home to cities like Sydney and Melbourne, attract the great preponderance of applications, receiving some 85% of all Expressions of Interest (EOIs) in the nine-month period leading up to March 31st 2017.