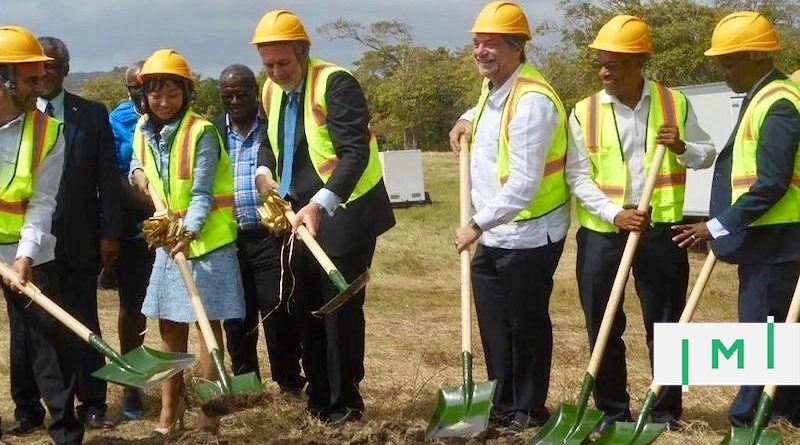 Representatives of government and Galaxy Developers gathered in Saint Lucia last week for the official groundbreaking ceremony of the Canelles Resort, the island’s first CIP-approved project. The developer indicates completion within “two to three years”.

Mr. Jiang Tang, Vice President of Galaxy Group, told attendees he looked forward to the expected completion in two to three years and said the project was sure to elevate the local community by providing employment. The project will consist of two luxury-branded all-inclusive resorts, set on a 160-acre site in the Canelles area of Micoud. AMR Resorts, a US-based hotel group that, according to its website, is the “fastest-growing luxury leisure company in all of North America”.

International Trade and Investment Minister Bradley Felix expressed optimism about the project and highlighted the role he hopes it will play in providing work to locals.

To see which CBI-developments are actually being built, visit CBI Real Estate Watch, our watchdog-page for CBI projects.

“While the government continues to ensure that we preserve the serene beauty of Fair Helen,” said Felix, “we must not be hypocritical about the fact that we have a growing community of young people seeking employment opportunities. We must, therefore, ensure a delicate balance of development alongside our heritage.”

The minister also stated that the developer, Galaxy, had been rigorously screened and that they had a proven track record within the region and internationally.

That second statement, along with the 2022-23 opening date, may raise eyebrows among CIP-practitioners; Galaxy’s Ramada development in Saint Kitts, on which construction began six years ago, has yet to open for guests. A few weeks ago, a group of Chinese construction workers was recorded blocking the road running past the project, reportedly in protest over non-payment. The project gained some notoriety last year, when an investor in a competing CBI-development company offered to bet Galaxy EC$5 million that they wouldn’t open their resort within the promised September 2019 date. Galaxy, at the time, dismissed the offer.

Saint Lucian opposition MP Ernest Hilaire has previously questioned the judgment behind granting CIP-approval to the developer, considering its checkered record elsewhere in the region.

Want to know more about the Saint Lucia CIP? To see recent articles, statistics, official links, and more, please visit its Program Page. To see which firms can assist with an application to the program, visit the Residence & Citizenship by Investment Company Directory.