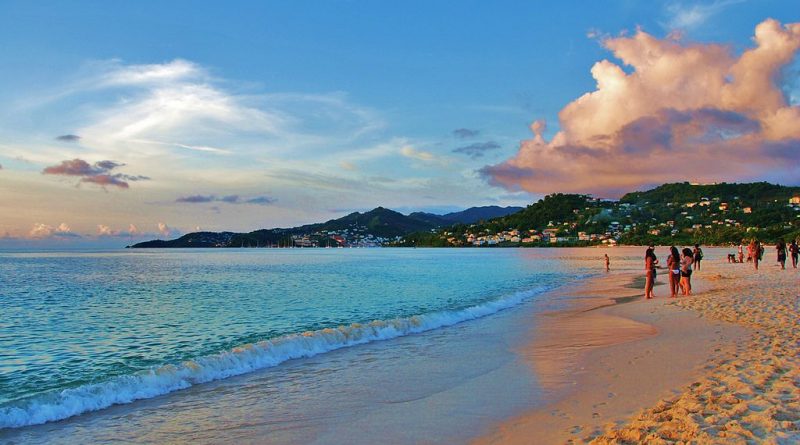 Although Grenada’s passport offers the unique features of granting visa-free travel to China as well as access to the United States via the E2 treaty program, interest in the country’s Citizenship by Investment Programme for many years remained sluggish, its potential somehow untapped. In the last year, however, the number of applications to the Grenada CIP have soared to heights previously unseen; Official figures for the first half of 2017 showed application volume had tripled compared to the same period last year, with investors lodging 189 applications by the end of June this year.

The surge in interest, if it holds the rest of the year, would provide the small island nation with an additional US$ 150 million in CBI-related revenue in 2017, a whopping 15% of GDP and likely around a third of all government revenue.

Perhaps even more impresssive, the Grenada Citizenship by Investment Committee (CBIC), has been managing this growth even as they’ve been without a CEO for a very long time. Thomas Anthony, former head of the Antigua & Barbuda CIU, was offered the job but eventually turned it down following prolonged negotiations, opting instead to take a post as Global Deputy Head of Exiger’s new Immigration, Citizenship and Visa division.

Prior to 2016, international marketing of the Grenada CIP was the remit of CS Global Partners, a London-based citizenship consultancy. Last year, however, the government of Grenada, anxious to see the program fulfill its potential, enlisted the help of Henley & Partners to “to advise on, improve, and relaunch the program globally.” Investment Migration Insider has learned that CS Global are contesting the government’s decision to hand over the mandate to H&P.

While declining to reveal how many of the 189 applications in H1 2017 came through her company, St Bernard indicates it’s a number with which they’re very pleased. “Although we do not release the number of applications submitted by our company, we are very happy with the interest which has been generated by our global network of offices. In 2017, the Grenada CBI program has achieved the most success of Caribbean programs for Henley & Partners […]”

Robert Martin, of NTL Immigration, thinks Grenada was always going to have a successful program, but that certain decisions early on gave it a slow start.

“The programme had many changes after its initial launch in 2013, but it corrected the missteps and has been stable now for a few years. The longer the programme is in place the more it will be trusted and, in turn, the more investors will choose Grenada,” says Martin and adds “We think that the Grenada initiative is one of the best, and people are just now starting to realize this. Grenada is relatively quick with processing times and is open to all nationalities.”

Martin attributes some of the growth in interest to the island’s CBI-real estate sectors finally finding its feet.

“For the first few years, the real estate investment options were extremely limited, and weren’t necessarily crafted with the best interest of the investor in mind. In the past year there are new projects, like Levera Nature & Beach Resort and Kawana Bay, that are actually in construction and have significant potential returns for CIP investors. As these projects advance, and Grenada is better known, the Grenada programme will continue to grow.”

Both St Bernard and Martin believe markets in Asia have played a big part in Grenada’s upsurge.

“We have seen particular activity in a number of key markets, including several countries in South East Asia, and the Middle East. We are also notably seeing increasing interest from countries with typically less active CBI markets, such as South Africa,” says St Bernard.

“China continues to be a huge segment, but we have seen a good amount of interest in the CIS and the Middle East continues to increase demand,” says Martin, adding he expects demand for Grenadian passports to increase globally in the years ahead. St Bernard agrees: “We believe that the CBI industry, in general, will continue to grow. Grenada offers a very competitive option with unique features when compared to Caribbean alternatives. While we are currently seeing increasing interest from traditional areas, there are also less established markets which offer exciting potential for additional volumes of applications.”