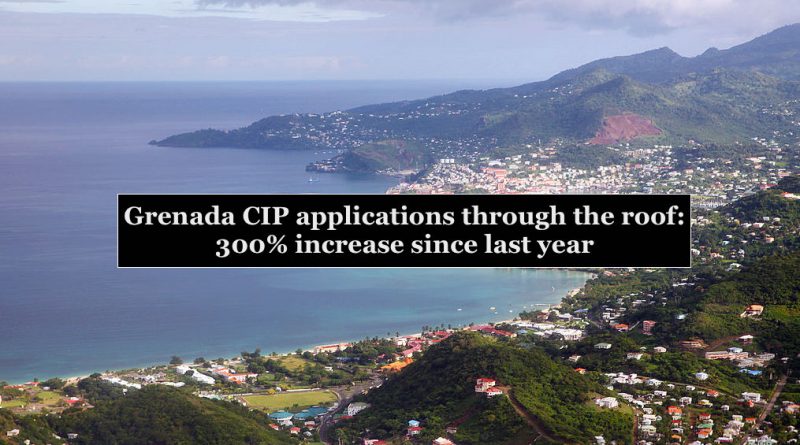 Official statistics from Grenada’s Ministry of Finance and Energy show the number of applications to its Citizenship by Investment Programme have tripled since this time last year.

During the first half of 2017, the program received 189 applications, 125 of which have been approved so far, compared to 62 applications (39 approved) during the same period last year.

In all, some 449 individuals (counting dependents) had received citizenship under the scheme by the end of June this year, up from 159 in the first half of 2016.

What’s changed markedly since last year is the investment option preference; while last year 58% of applicants opted for real estate investment, contributions to the National Transformation fund have been, by far, the more popular choice among program participants in 2017, with 89 of 125 deciding to donate cash rather than purchase real estate in order to qualify for the citizenship.

The combined revenue from property investment, NTF contributions, and CBI fees, amounted to US$74.9 million by the end of June this year, which would indicate the small island nation could see US$150 million in CBI-income for 2017 as a whole, or a staggering 15% of its GDP.

Passport investment’s outsized contribution to the economy is far from unique to Grenada; Citizenship by investment has become the main source of growth in virtually all the jurisdictions that have such programs, and some countries would undoubtedly be in the doldrums without them.

Image credit: By Drkreative (Own work) [CC BY 3.0 (http://creativecommons.org/licenses/by/3.0)], via Wikimedia Commons