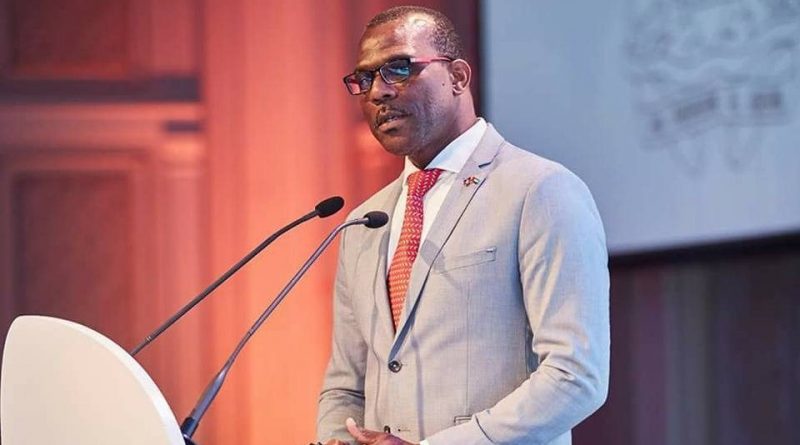 Following his tenure as Deputy CEO – and brief stint as acting CEO – of the Antigua & Barbuda Citizenship by Investment Unit, Mr. Thomas Anthony has become a well-known figure in the world of investment migration, and a frequent fixture and speaker at CBI-conferences from London to Dubai. After resigning from the Antigua & Barbuda CIU this winter, little has been heard from Anthony. Investment Migration Insider has learned that Grenada gave him an offer to head their CIU, but that Anthony eventually turned this down following drawn-out negotiations.

For Mr. Anthony, the choice of where to best put his unique experience to use eventually fell on Exiger’s new Immigration, Citizenship and Visa (ICV) Practice, where he is now the Global Deputy Head, as well as Director of the Caribbean Region. Investment Migration recently caught up with him to get his views on matters like CIP harmonization, the tax residency trend and the political pressure on CIUs in the Caribbean.

How will you bring your CIU-experience to bear in your new job at Exiger?

TA: The past four and a half years at the Antigua Citizenship by Investment Unit, as Project Development Officer, Acting CEO and Deputy CEO, have allowed me the opportunity to develop an appreciation of the industry from a senior level. From outside the industry, one would be forgiven to view the role as a regulatory one but it really is more akin to immigration and the attending issues. Additionally, I have gained significant knowledge about local documentation and legal requirements in various source countries. Having visited most of these countries and interacted with Agents, potential applicants and government officials I believe that I am able to discern more quickly, likely ineligible applicants. Additionally, as far as I am aware, I am the only former CIP professional working the diligence space where I am physically located in the Region. As a service provider to the industry, it provides me with a unique perspective.

What’s your view on the proposed harmonization of DD standards among the Caribbean programs?

TA: My own view is that harmonization of DD standards is essential for the sustainability of these programmes; inconsistencies provide opportunities for applicants to ‘shop around’. The passports issued by member states are CARICOM passports, which allows right of settlement in any country in the region. Also, I believe that standardization will lead to more transparency and accountability of these programmes. Agreement on minimum standards should ensure that all new citizens of these Caribbean states are vetted through the same process and therefore deserving of becoming a citizen of CARICOM or at least the OECS.

How has your work in the CIU prepared you for conducting due diligence?

TA: I am not a researcher; my role is more about assisting regional CIUs employ the right technology and DD best practices to arrive at the best decisions. Additionally, having been in a senior role in a CIU, I have knowledge about how these Units can operate more efficiently and effectively. It was once my job to read and interpret the reports produced by private DD firms, and determine whether a subject should be denied or approved. Given that experience, I am fully aware of the issues that are important to Unit Heads. I am engaged with the idea of ensuring that only deserving individuals receive citizenship of these island states. Regional countries do not, on their own, have the resources and capacity to thoroughly vet these individuals.

Exiger’s ICV arm, to the best of my knowledge, is the first dedicated investment migration due diligence practice. Do you expect more firms specializing in this area of DD will appear soon, in light of the rapid growth of the CIP-market?

TA: It is important to note that Exiger is a highly regarded diligence, compliance, risk and financial crime firm with over 400 professionals and three dedicated research centers. Exiger has invested significant resources in technology, creating five different proprietary platforms all of which can be applied to helping to improve overall diligence quality in the industry. I believe Exiger is uniquely placed to lead the charge in improving the integrity and thereby the reputation of the industry, real and perceived. The industry is indeed growing rapidly however, comparatively still small. My own view is that for new private DD entrants to the space, it would be a challenge to match the investment made by Exiger and earn enough by focusing solely on the ICV space to justify their existence. In any event, Exiger will be focused on leading the industry improvement charge.

There’s been a lot of talk recently of harmonization of vetting practices and information sharing within OECS countries that have CIPs. Is this a development you consider feasible in the near term? What could slow down or accelerate this harmonization?

TA: I am aware that Unit Heads have been committed to harmonization. I am also aware that some prime ministers have spoken publicly about the need to agree and adopt minimum standards. However, nothing happens very quickly in the Caribbean. I fully support harmonization. As I mentioned earlier, passports issued by CARICOM member states gives the holder the right of settlement in other member states. Therefore, applicants for citizenship, CIP or otherwise, should go through a process created after consultation with CARICOM.

Les Khan, head of the Saint Kitts & Nevis CIU, spoke to me about the political pressure to which CIU heads are sometimes subjected in the Caribbean. Do you share his view that Caribbean governments are not always able to keep a “Chinese wall” between themselves and ostensibly independent CIUs? And is this something you yourself have experienced?

TA: It makes good sense, political, economic and otherwise, to have independence between the CIU and the government. Of course, the structure will allow for proper reporting lines to the political directorate, through a board. The structure should also have built-in, adequate separation of operational activities, policy and strategy development. This is not to suggest that politicians should not be involved; rather it advocates for the ideal separation of roles. Politicians are responsible for policy (laws), the board with responsibility for strategy and management of the implementation of policy, and responsibility for the day-to-day operation of Units.

How do you expect the introduction of tax residency programs as an auxiliary offering to impact the competitive balance among Caribbean CIUs? Will it impact DD work in any way?

TA: A Residency option is the next natural step for Caribbean countries given the challenges created by CRS and the increased market demand; it is just a matter of time before all the CIP islands offer their own version of a tax residency programme. However, for these offers to be accepted by host countries they must be well thought out and designed. For example, the number of days residing on island must be substantial enough to be regarded as legitimate. The global benchmark is somewhere between 90 and 180 days. Too few residency days will only serve to perpetuate the tax haven perception. I would support a properly designed residency programme with requirements common to all OECS member states. The level of due diligence conducted should be equal to that of CIP applicants.

I understand you were offered a position as head of the Grenada CIU. Which factors influenced your decision to work with Exiger instead?

TA: I believed, and still do, that with Exiger I am better placed to contribute to industry-wide improvements. I am an avid supporter of standardization; it is vital to the sustainability of Caribbean programmes. Exiger allows me the opportunity to participate in the regional harmonization process as an independent facilitator. As such, I am able to help move the entire industry forward. Also, I am excited to be afforded the good fortune to work with banks in addressing the correspondent banking challenges faced by regional banks, in collaboration with Exiger’s Advisory professionals.

I am impressed by Exiger’s technology-driven platforms, and convinced that they will play a role in both improving research outcomes and the move to regional standards. DDIQ, the tech-driven research tool provides far more relevant information than other tools, from open and proprietary sources, on subjects. This will assist the Units to more efficiently arrive at decisions on applications including potentially requiring agents to pre-screen applicants before submitting them to a CIU. In addition, Exiger’s Insight platform will allow Units to more efficiently move applications and DD orders through a cost effective automation process and with other functionality, including analytics, will further help to derisk the entire population of passport applicants and holders.

If it were up to you, which structural changes would you make to the way in which Antigua & Barbuda’s CIP – and the Caribbean CIP’s in general – receive, process and approve/reject applications?

TA: I have no difficulty with the way CIUs operate; for the most part, the processes meet accepted global standards. However, from a structural perspective, there needs to be some changes. The Units should become statutory corporations with a board comprising a mix of senior civil servants and private sector members. Examples of civil servants serving on the board would be the immigration and police chiefs, Heads of the FIUs, Permanent Secretaries of the Ministries of Foreign Affairs and the Solicitor General or his/her designate.

This structural change, in my view, would address the issues of accountability and transparency; thereby, earning the public’s trust. Additionally, all of the Units should be allowed to manage their own budgets and not rely on government dollars to meet their operational costs. Removing the direct responsibility of CIPs from politicians will likely lead to buy-in by more members of the public, as the programmes will no longer be seen along political lines.