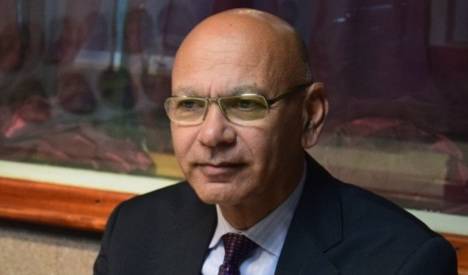 The Citizenship by Investment Programmes Association (CIPA), a club for CIP-brandishing countries in the Caribbean, has appointed Les Khan, CEO of the Kittitian CIU, as their chairman, according to a press release (below). Les Khan – who gave an exclusive interview with Investment Migration Insider this summer – is perhaps the most obvious choice for the job, considering he is the most experienced CIU-head in the region.

The other CIU-CEOs are Charmaine Quinland-Donovan in Antigua & Barbuda, interviewed on Investment Migration Insider earlier this year, Emmanuel Nanthan in Dominica, and Nestor Alfred in Saint Lucia, an interview with whom we will release within the next few days. Grenada’s CIU has not had a CEO for many months, but not for lack of trying.

“At the sixth meeting of the Citizenship by Investment Programmes Association (CIPA) on September 1, 2017, the Association elected Les Khan, to be its chairman for the forthcoming year.

Mr. Khan is the CEO of the Citizenship by Investment Unit in St Kitts and Nevis and has been in post for just over a year. He is a member of the Project Management Institute and is a certified Project Management Professional (PMP).  In addition to being a member of the Association of Certified Anti-Money Laundering Specialists, his career spanning over twenty years has taken him to the United States, Canada, India, Australia and the Far East, working for global brands such as HSBC, JP Morgan, National Australia Bank, Bank of America and the global risk management group of IPSA.

The Association was established to drive up and maintain standards within the industry and to establish a stronger regulatory framework with the hopes of becoming more effective and competitive on the global market. It comprises five founding member countries: St. Kitts and Nevis, Antigua, Grenada, St. Lucia and Dominica.

At the meeting in his role as new chairman, Les Khan talked about the importance of training in developing best practice across the region. It is envisaged that at every session they will devote half a day to training on a topic of the moment.

Of his appointment, Mr. Khan said:

“My career has been devoted to maintaining standards in the financial sector on a global basis. This post will be an exciting opportunity to put the Citizenship by Investment Programmes of St Kitts and Nevis and fellow Caribbean countries on the map for being well managed, for undertaking high standards of due diligence and for delivering credible programmes of integrity. I am looking forward to doing more over the coming year.”