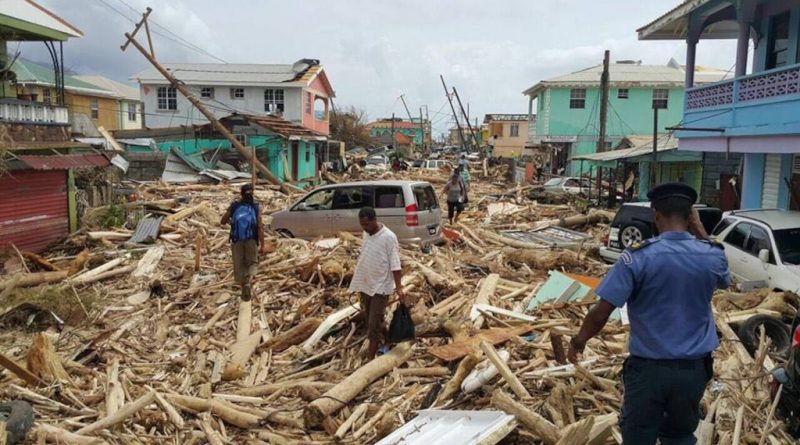 The Kittitian political opposition, the Antiguan ambassador to the United States, and the head of a CIP-consultancy in Dominica, have reacted with condemnation to Saint Kitts’ decision to drastically reduce their contribution requirement, introduced on Saturday in conjunction with a Hurricane Relief Fund, and suggesting that what drove the decision was economic opportunism rather than a desire to help those harmed by hurricanes Irma and Maria.

“Today, September 23, 2017, the government of St. Kitts and Nevis led by Dr. Timothy Harris has sunk to the lowest low in a manner that is most unconscionable and calculated to undermine the desperate recovery efforts that are underway in Dominica and Antigua and Barbuda to restore those countries’ operations and the lives of their citizens to a state of normalcy as quickly as possible,” said Dr. Denzil L. Douglas, head of Saint Kitts & Nevis’ parliamentary opposition, according to South Florida Caribbean News.

“This dishonest and extremely selfish conduct on the part the Prime Minister can do nothing but serve to woefully undermine confidence of the international community in any information coming from official sources in our country. This, dear citizens and residents is emphatically abhorrent and reminds me of the story of the little boy who cried wolf. But as if that were not enough, to add insult to the injury of both Antigua & Barbuda and Dominica, Prime Minister Harris, as revealed in the Press Release of September 23rd, has decided to undercut and undermine the desperate recovery efforts of these two countries by reducing the value of the investment contribution to the Foundation option in the St. Kitts and Nevis CBI programme by 50%, bringing it to US$150,000 – the same level as that of Dominica and Antigua & Barbuda. This, fellow citizens and residents is what many people in the region and beyond who have seen the Press Release have called unconscionable, unfriendly, selfish, uncaring and reprehensible. This is a blatantly opportunistic move by Dr. Harris,” Dr. Douglas said.

“This is a truly shameful move by St Kitts. This is simply a ploy, a blatantly opportunistic move to improve the competitiveness of the St Kitts and Nevis CBI program at the expense of their Caribbean neighbours,” Mahdi Mohammed, CEO of Guide Consultants, told Caribbean News Now.

“What offends me more than anything is that St Kitts and Nevis is fully operational, having escaped any major damage from the two recent hurricanes, whereas having been in Dominica during Hurricane Maria I have witnessed firsthand the complete and total devastation of the island, with its people wandering amidst the ruins of their lives trying to find the basic necessities to survive – food, water and shelter. It truly resembles a scene from an apocalypse movie,” said Mohammed.

Sir Ronald Sanders, Antigua & Barbuda’s ambassador to the United States, using a more diplomatic choice of words, also voiced concerns over the move, saying “putting it mildly, this is a most unfortunate development. If it is implemented, it will hurt the relief and rebuilding efforts for Barbuda and Dominica, both of which were devastated. What is needed now is solidarity and joint action, not opportunism. It is to be sincerely hoped, that the decision will be reviewed and overturned in the interest of solidarity with neighbouring states that are truly struggling in the wake of these monstrous hurricanes and need every cent they can get.”