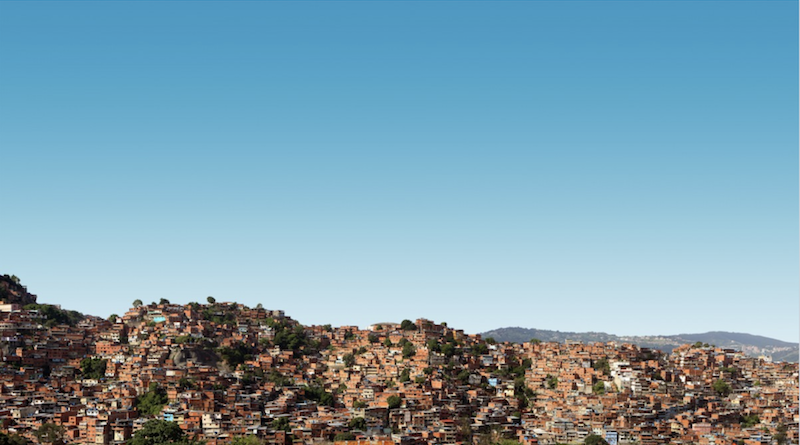 In a recent presentation, I advanced the view that in the decades ahead, citizenship will be the key to one’s survival if conflict increases, especially at a time when western countries are closing their borders to people, especially the poor, and in the age of populism, Trump, Brexit, and increasing American and European nationalism.

I publicly stated that in an age of global turmoil, citizenship may be the difference between life and death. This is a statement which, unfortunately, may prove prescient in the years ahead.  As someone who came of age in the 70s and 80s in the Caribbean, I am well aware that just to the south and south-west of my region, in Central and South America, outside of a few countries like Belize and Costa Rica, civil war, political unrest and military governments were the norm and the order of the day, especially during those two decades.

Today, for millions of people around the world, the situation remains the same. For some however, the tragedy they face, such as the people of Venezuela and Syria, two countries which have collapsed spectacularly after years of relative stability with some measure of prosperity, is compounded by the fact that perhaps if they had a plan B, a second citizenship or residence, their fates might have been different.

How many persons in these two countries had wealth prior to civil war and political conflict but never thought or saw fit to secure a second passport or residency before it was too late? This question is even more poignant in the case of Syria, which suffered a more rapid decline caused by civil war, as opposed to Venezuela, which had a gradual decline over nearly two decades of misrule by Chavez and now Maduro.

There are many lessons to be learned here, especially in the case of Syria since it is unlikely that any other western country will ever repeat what German Chancellor Merkel did by letting one million people, essentially Syrian refugees, into their borders.

The main lesson is this: in good times, all HNWIs and those who can afford it, from unstable or potentially unstable countries, should seek a second or third citizenship or residence as an insurance policy.

This is not easy to accept but history is clear: when trouble begins, western and more stable countries, despite all the international agreements and laws regarding the rights of political refugees, begin to close their borders for fear of importing migrants and the attendant economic, social and political problems that may arise.

Despite this and the criticisms of some on the political left, CIP and residency programmes play and can play a positive role in saving lives by providing, beforehand, a plan B or insurance policy for HNWIs.

While this may offend some in that those with means can buy their way to safety while the poor can’t, this doesn’t change the situation at hand in that people will be able to escape dangerous situations.

CIP and residency programmes provide a faster, smoother, and legally certain pathway to provide an exit route for persons in need of one. These programmes are underpinned by domestic legislation whereas asylum and refugee routes are often provided by treaty obligations which may not be as easy to access for those wanting to take advantage of the laws of a foreign country for which they are seeking entry.

Further, CIP and residency routes also allow for extensive due diligence checks on applicants, which may not exist in the case of asylum seekers and refugees. A case in point is the registration process that was conducted in Trinidad and Tobago just last month. Under pressure from international bodies and individual countries for it to live up to its treaty obligations under the 1951 Refugee Convention and the 1967 Protocol, the government provided a pathway to legality for the estimated 40,000 plus Venezuelans living legally and illegally there.

The process also covered those Venezuelans, most of whom are considered political refugees and asylum seekers by the UNHCR, who entered the country illegally via boat along the country’s south-western tip, which is very close to Venezuela geographically.

All that these persons needed to do was to provide the following pieces of information after registering online: Birth Certificate, Cedula/Identification Card, Passport, 2 Passport-sized Photographs, Proof of address, Marriage Certificate (if applicable), Legal Guardian documents (if applicable) and biometrics such as fingerprints. The Venezuelans who registered received a Registration Card which authorized the holders to work legally in Trinidad and Tobago for one year. The holder of the permit will be assessed every six months.

Granted the political pressure it faces and its obligations, however, I think it highly unlikely that any of these persons who have been registered will ever be deported back to Venezuela even if they commit certain criminal acts.

Compare this situation to what an applicant under a CIP or residency programme would have gone through to get the legal right to work and live in any of the jurisdictions offering one of those programmes. CIP and residency programmes, therefore, provide a much better system of background checks compared to that undertaken in Trinidad and Tobago to achieve the same goal.

See also: Antigua PM: Are Caribbean CIPs Under Assault Because They Compete With European Ones?

It is unfair and incorrect to seek to destroy CBI and residency programmes just because they favour those with greater means, especially when other routes exist for refugees and asylum seekers to escape harm’s way during times of crisis.