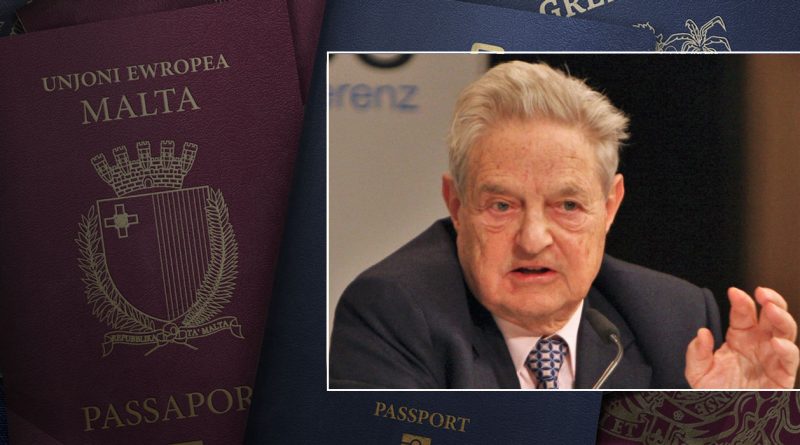 Yesterday, a deluge of anti-RCbI headlines suddenly inundated my keyword-alert feed. “Europe to be flooded by millionaire criminals due to lax EU visa schemes” and “Golden visa scheme poses major corruption risk”. Articles with similar titles have appeared in my feed about 150 times in the last 24 hours. This could not be a coincidence, I concluded.

So I followed the links, and then the links within the links, and soon discovered the articles all sprang from the same source, an organization named the Organized Crime and Corruption Reporting Project (OCCRP). They had produced a whole series of articles about residence and citizenship by investment – all drawing the wrong conclusions – and had spread them far and wide. “Visas for Gold” was the report’s name, and it included articles like “Russian Billionaire linked to Trump, Manafort has New Cyprus Passport”.

The stories were re-packaged and published in other mainstream outlets, with titles like “The Murky World of Golden Visas Puts EU at Risk of Corruption” (Pro-writer tip: “Murky” is an excellent adjective to use if you want to make people suspicious of a subject without presenting any actual evidence of wrongdoing).

Why do I have a feeling of déjà vu?

A “grassroots” consortium of investigative journalists writing anti-RCbI stories. The specious arguments, the subtly sinister headlines, the half-truths and embellishments, the “revelations” that don’t include any actual crimes but only vague aspersions, the pandering to common prejudice, the careful planting of a seed of moral suspicion in the fertile ground of modern man’s headline-reading subconscious. Now, where have we seen these rhetorical techniques and agenda-driven articles before?

Well, there was that time the Guardian released two reports in quick succession in which they listed a variety of HNWI’s with ominously oligarch-sounding names who had “ties” to people you’re not supposed to have “ties” to – or worse; “links” – who had obtained residencies and citizenships by investment in the “secret passports-for-cash market” (I’m not making this up). The only problem was, nobody had actually committed any known crime at the time of application or naturalization. It was all smoke and no fire, but it probably did the trick to program certain presumptions into the hindbrains of laymen.

Here’s what I wrote about the Guardian reports at the time:

At least 20 of the articles referring to the original story are calling Golden Visa and CBI programs a “secret”. If so, they are the worst kept secrets I’ve come across in a long time; Several hundred companies market them online and in person. Hundreds of thousands of people have taken part in such programs; in China, last year alone, at least 20,000 did.

Yesterday, another story appeared, this time about a corrupt Brazilian who had acquired a Golden Visa in Portugal. Again, the man in question was not charged with any crimes until after he had already obtained his Golden Visa in Portugal. In other words, there was no reason for Portuguese authorities to reject his application. The case is, therefore, no indictment against the program, yet is presented as such by the duplicitous journalists.

Then there was the farce they dubbed Paradise Papers (not a very creative epithet, frankly) in which it was revealed that – shockingly – companies and individuals park much of their capital in jurisdictions where it’s legally allowed to multiply in a more or less unmolested manner. I dealt with that story here.

I clicked through to the OCCRP’s Supporters section. Well, well, what do you know:

OCCRP is supported by grants by the Open Society Foundation, Google Digital News Initiative, the Skoll Foundation, the Sigrid Rausing Trust, Google Jigsaw, the National Endowment for Democracy and the Knight Foundation.

At the top of the list of donors, we find the Open Society Foundation (OSF).

What do the OCCRP, the ICIJ (Panama and Paradise Papers), and the Journalism Fund (abovementioned Guardian reports) – as well as Black Lives Matter and Antifa rioters – all have in common?

They all derive a big chunk of their funding from the OSF.

And who is the founder and financier of the OSF? Who other than the fomenter-in-chief, everybody’s favorite leftist billionaire, George Soros.

I don’t believe this guy! He’s like a Bond-villain caricature, sowing divisions and funding riots around the world, pitting groups against each other, and rabble-rousing by proxy to pave the way for his megalomaniacal vision of a different future.

The guy is a cliché but he’s a dangerous cliché. He treats international relations like a game of Risk; he finances politicians, revolutions, and journalists and moves them around like pieces on a board.

But what’s this guy’s problem with investment migration, exactly?

Weak Q3 Expected for Greek Golden Visa, But Flurry of Reforms May Bring a Roaring Q4

May 18, 2020 Editor Comments Off on Weak Q3 Expected for Greek Golden Visa, But Flurry of Reforms May Bring a Roaring Q4
Editor's Picks Ten On The Weekend

May 17, 2020 Editor Comments Off on 10 on the Weekend – Hakan Cortelek: “Build a Team and the Rest Takes Care of Itself”
Editor's Picks Industry Trends Opinion

“Migration by Investment” in the Era of Deglobalisation

May 15, 2020 Editor Comments Off on “Migration by Investment” in the Era of Deglobalisation
Editor's Picks Industry Trends

May 6, 2020 Editor Comments Off on The Coming Sovereign Debt Crisis Will Give Birth to New Investment Migration Programs
Editor's Picks Europe

May 5, 2020 Editor Comments Off on Two More Projects Approved For Montenegro CIP, Also These in Ski-Town Kolašin

10 on the Weekend – Nestor Alfred: CIP Harmonization Still a Priority

May 23, 2020 Editor Comments Off on 10 on the Weekend – Nestor Alfred: CIP Harmonization Still a Priority
Editor's Picks Ten On The Weekend

May 17, 2020 Editor Comments Off on 10 on the Weekend – Hakan Cortelek: “Build a Team and the Rest Takes Care of Itself”
Ten On The Weekend

May 9, 2020 Editor Comments Off on 10 On The Weekend – James E. Harris: “Demand for Vanuatu CIP Can Explode if New Govt. Takes Action”
Ten On The Weekend

10 On The Weekend – Yakof Agius: “Firms Try to Set up a Self-Regulating Body With Limited Success”

April 25, 2020 Editor Comments Off on 10 On The Weekend – Yakof Agius: “Firms Try to Set up a Self-Regulating Body With Limited Success”
Ten On The Weekend

10 On The Weekend – Dr. Hussain Farooq: “I Firmly Believe Turkey Will Outperform”

April 18, 2020 Editor Comments Off on 10 On The Weekend – Dr. Hussain Farooq: “I Firmly Believe Turkey Will Outperform”

May 7, 2020 Editor Comments Off on Investment in Portugal’s Golden Visa Stable Despite Pandemic, Interest in VC-Option Gathers Steam
Intel & Data

Which RCBI-Countries Have Handled COVID-19 Best So Far?

April 22, 2020 Editor Comments Off on Which RCBI-Countries Have Handled COVID-19 Best So Far?