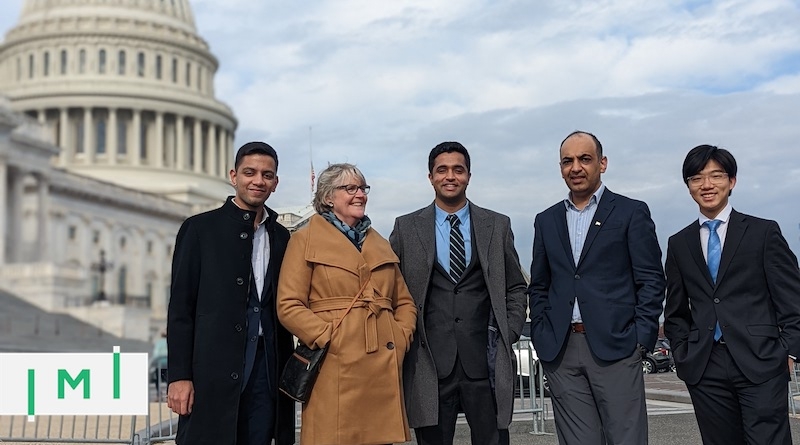 Yesterday, the United States Congress voted on an Appropriations Bill, commonly referred to as the “Omnibus” spending bill, which will allocate discretionary government spending to a broad range of issues. Among the many provisions included in the Omnibus is a bill to reauthorize the EB-5 Regional Center Program, which will be effective 60 days after President Biden signs it today.

Omnibus, roughly translated, means “for all.” And the Omnibus legislation was created to help allocate money for all discretionary government spending. Simply put, it is a collection of budget measures and policy changes for a range of broad issues. And rather than voting on each bill separately, the omnibus bill is passed as a single piece of legislation.

Why did the EB-5 Regional Center program lapse in the first place? Simply put, it lapsed because Congressional leadership and different factions of the EB-5 Regional Center industry could not come to an agreement regarding the future of the program. Shortly before the program’s sunset date, Sen. Chuck Grassley made a final attempt to reauthorize the program by seeking unanimous consent in the Senate for his EB-5 Reform and Integrity Bill. When this failed, he blamed moneyed interests that have long blocked EB-5 reform: Grassley Unanimous Consent Request on EB-5.

So where does my organization, the American Immigrant Investor Alliance (AIIA), fit in? We started this advocacy organization as a grassroots movement in April 2021 with the goal of fighting for investors and representing our voices as the “consumers” of the EB–5 Program. As people who entered into this agreement with the US government, we have rights. AIIA was created because we felt that investors did not have a seat at the table in legislative discussions. Each member of AIIA is in various stages of the EB-5 process, and, as a result, has lived and experienced the issues that enable them to understand what is at stake.

We, the investors, have lost so much due to the continued delay of the EB-5 Regional Center Program, which we put our faith in and utilized to invest in the American economy and pursue our dreams of US residency. Our investments create economic opportunities and jobs in parts of America that are often overlooked.

This delay or lapse has caused over 80,000 immigrant investors to become stranded in the middle of their immigration process. AIIA’s mission started on July 1, 2021, to become an advocate for investors who put money into the program before June 2021, as well as for those who were unable to proceed with their visa application when the EB-5 Program lapsed. AIIA drafted the Foreign Investor Fairness Protection Act, a bill that would enact a technical fix to relieve tens of thousands of investors from an unknown Green Card status and allow them to move forward with their application process. AIIA met with legislators last winter in Washington, D.C. not only to introduce this draft legislation but to help AIIA gain support from Congress members as they shared the experiences of those impacted by the lapse of the EB-5 Program. And these meetings were a success. It is VERY rare that an issue of immigration receives as much support across the aisle as AIIA was able to gather during these meetings.

Our ask to these members of Congress was for the U.S. government to fulfill the contract they made with thousands of foreign nationals who had invested their hard-earned money into projects that benefit the U.S. and create thousands of jobs. At a minimum, they should ensure that the investors who have already fulfilled their side of the bargain are protected by the inclusion of grandfathering language in a must-pass Appropriations bill.

In the last few months, as EB-5 reauthorization negotiations in Congress ramped up, AIIA concentrated its effort with Sam Rodarte (Immigration Legislative Assistant from Schumer’s office), Drew Robinson (Senior Counsel of the Senate Judiciary Committee from Grassley’s office) and Yasser Killawi (Majority Counsel of the House Judiciary Committee) to ensure that the grandfathering text in the EB-5 Reform bill was up to our standard, similar to what we had initially drafted with Foreign Investor Fairness Protection Act. Now, our grandfathering text can be found in Section 108 of the Regional Center reform bill (or page 2723 of the Omnibus). The new text is unambiguously in the interest of investors and will ensure that all existing EB-5 Regional Center investors will be grandfathered and will have their petitions processed and their Green Cards issued even if the program lapses in the future.

A comparison of the new EB-5 bill (finalized as of March 2022) with S.831 (introduced in March 2021) shows that 90% of S.831 remains unchanged. The focus of lobbying efforts is revealed in what did change. S.831 was revised to add the grandfathering language drafted and promoted by AIIA (Section 108). The bill was also revised with the following new sections that reflect industry lobbying: Reserved Visas, Targeted Employment Area Designation, revised Investment Amounts (Section 102), and Capital redeployment (Section 103.F.v).

The March 2022 bill provides a new authorization for the regional center program until September 30, 2027, revises the minimum investment levels to $800,000 and $1,050,000 as of the date of enactment, limits contiguous census tracts in high-unemployment TEA designation, and reserves 32% of visas for immigrants investing in defined categories (20% for rural areas, 10% for DHS-designated high unemployment areas, and 2% for infrastructure projects). The bill retains the Grassley/Leahy integrity reforms. For new investors, the most beneficial reform is a provision that allows for concurrent filing of I-526 and I-485. This will allow investors in the United States to avail their immigration benefits much sooner than previous investors in the same position. The bill also encourages USCIS to move towards improving EB-5 form processing times.

Unfortunately, the bill includes no visa backlog relief. None of the industry proposals were accepted: no derivative relief, no advance parole, and no generally-available age-out protection. Depending on how it’s implemented, the signature industry win on the March bill – reserved visas – can negatively harm existing investors, by setting aside 32% of the EB-5 quota in categories that are not available to anyone in the backlog who did not invest in a rural area or DHS-designated TEA as defined under the new rules. The reserved visas will particularly impact the China backlog, if they are used and thus reduce the annual supply of “unused” visas left for the oldest priority dates.

This bill retains a provision from S.831 that is entirely bad for investors: limit on judicial review. With this provision, an petitioner must exhaust all administrative remedies (i.e. USCIS’s own lengthy and self-serving internal appeals process) before being allowed to go to court over a denial.

In conclusion, as an EB-5 investor myself and as a member of the EB-5 industry, I am not happy about how this has all turned out. Yes, my organization achieved the main objective we had, which was grandfathering of existing investors, but this lapse all came at the expense of investors in line. This reform bill is not that different from S.831, the bill that was introduced in March 2021 and might have passed as-is before June 30, 2021 if the industry hadn’t blocked it, hoping for better. What did anyone gain from nine months of pain and lost visas? In the end, industry only won the compromises of visa reserves and redeployment discretion, which are actively negative or neutral for investors. The compromise investment levels and TEA definitions in the reform bill are not better for industry than S.831, which would have left us in June with the pre regulation rules and $500,000 investment levels. In my opinion the Regional Center lapse proved a monument of miscalculation by the industry.

The new EB-5 law does not end AIIA’s efforts, but marks the start of a new battle to protect investor interests. Over the next 60 days USCIS will study the law and create policy manuals based on the laws and come out with rules and policies to follow. AIIA will strive to continue our lobbying efforts administratively to push USCIS and DOS for better treatment of existing investors under the law, including with respect to visa allocation, judicial review, and redeployment. Legislatively, we will continue to raise awareness about the tens of thousands of existing investors trapped in backlogs, and the EB-5 interests in visa relief.

Ishaan Khanna is the co-founder and president of the American Immigrant Investor Alliance.