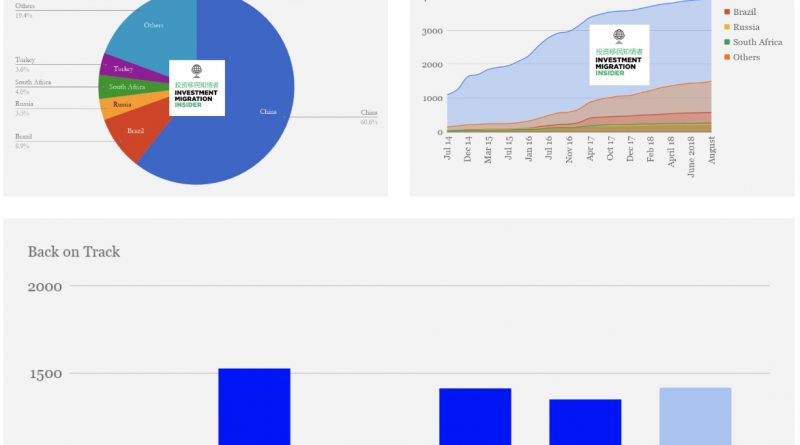 Once Europe’s undisputed leader, Portugal’s golden visa program has seen its style cramped by high-performing competitors in Greece, Malta, and Ireland over the last year, with application numbers steadily slumping in 2018. But a fresh set of figures from the country’s immigration authorities gives cause for optimism.

August saw golden visa approvals rise by 74% compared to July as 82 main applicants invested EUR 46 million (an average of EUR 561,000) in the country.

91.3% of investments came in the form of real estate, with the remainder in capital deposits. Altogether, the program has raised direct investments in the country of EUR 3.97 billion since opening in late 2012.

Chinese nationals, who in the program’s early years accounted for more than 80% of all investors, made up only 29% of total applicants in August, a record low. Overall, Chinese nationals still hold 60% of golden visas issued since inception.

Application volume from Brazilians, on the contrary, has been in the ascendancy for the last two years, now accounting for nearly one in ten investors, while Russians, Turks, and South Africans together account for some 11% of golden visa holders.