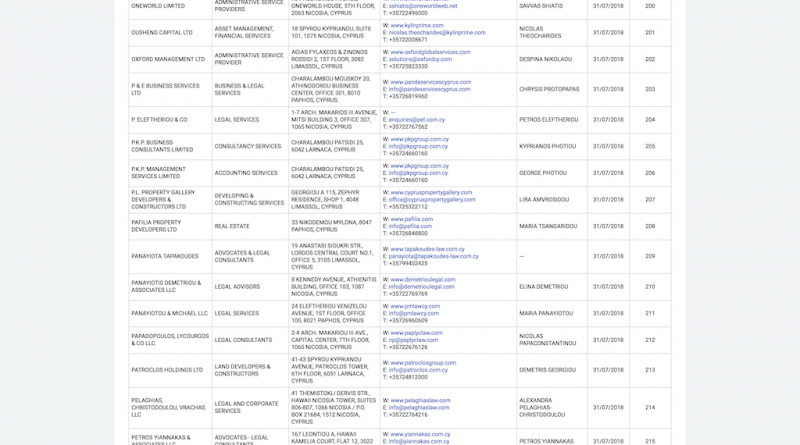 Cyprus’ Committee of Supervision and Control for the Cyprus Investment Programme yesterday published the official list of licensed service providers. Populated chiefly by law firms and citizenship consultancies, it also contains the names of the large property developers on the island, a decision some have criticized as representing a conflict of interest.

The registry lists the 255 licensed service providers. All submissions of applications to the Cyprus CIP must henceforth go through these.

Vice President of Arton Capital, a large citizenship consultancy, Akis Kyradjis, last week cautioned against permitting property developers – who sell the real estate that allows applicants to qualify for citizenship – on grounds that having sellers of investments also act as investment advisors would constitute a conflict of interest that would deliver a “huge blow” to the program’s reputation.

“This is like allowing the producers of medicines to act as doctors as well,” said Kyradjis last week.

Of course, while Kyradjis may be correct in identifying a conflict of interest, he cannot himself be presumed entirely impartial; If property developers are not permitted to process applications, that task would fall to law firms and citizenship consultancies – of which Arton Capital is one.