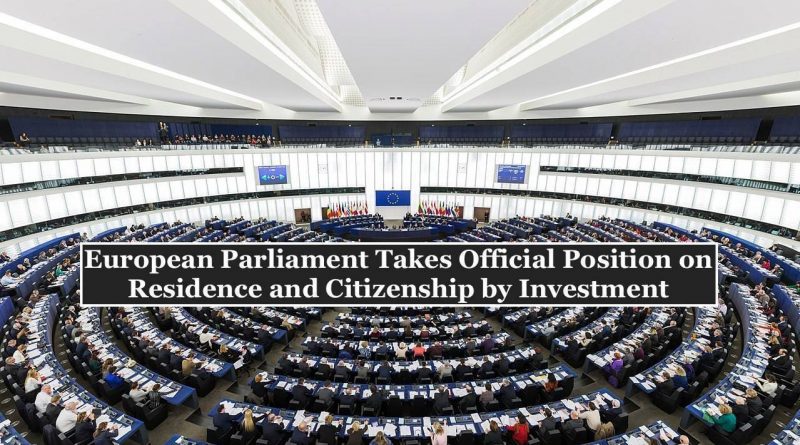 The European Parliament (EP) has issued a formal position on the matter of residence and citizenship by investment programs in which it acknowledges EU member states have self-determination as regards the awarding and revocation of citizenships, but that “member states should use their prerogative to award citizenship in line with international and EC [European Commission] law” and that the EC is “monitoring” such programs, reports MIL-OSI.

As regards citizenship investor schemes, it is for each Member State to lay down conditions for the acquisition and loss of its nationality, subject to due regard for Union law. It is in the interest of the Member State concerned, but also of the EU in general, that such conditions include background checks on applicants for citizenship. It is the responsibility of Member States’ authorities to perform such checks.

The Commission contributed to the discussions on the Organisation for Economic Cooperation and Development (OECD) consultation referred to by the Honourable Member. The goal of the exercise was to ascertain the dimension of the problem and identify any regime that has potential for misuse. The Commission will assess the outcome of this consultation with a view to ascertaining the extent to which existing regimes in EU Member States may pose a problem for the effective implementation of the directive on Administrative Cooperation(1).