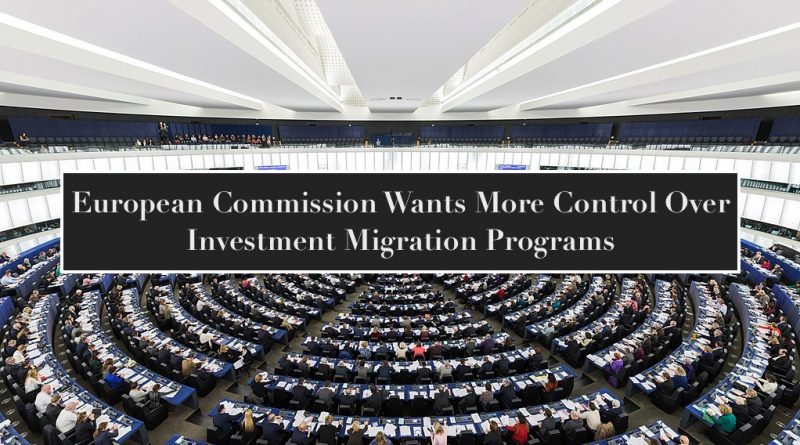 Note: This article is sprinkled throughout with comments in bold. They represent the personal opinions of the editor only.

Several European lawmakers are calling for “regulation” of citizenship by investment programs among EU-member countries. Once again, CIPs are protested on the basis of an ideological opposition to the acquisition of nationality through monetary contributions:

“If you look around on the internet you will find adverts for yachts, watches, luxury villas and then, with the same language, you have adverts for citizenships. It’s not just the problem of some states. You earn citizenship by making an effort, not with some money [ed: As if earning the money needed to qualify for the MIIP did not amount to “making an effort”]. We want clear proposals and not just a report,” said Greens MEP Sven Giegold, according to Times of Malta.

Dutch MEP Sophie in ‘t Velt, indicated the regulation of citizenship by investment programs should not be left to independent and sovereign countries, but rather to lawmakers in Brussels.

“Saying that this is national competence is not good enough anymore. We need harmonized [i.e. centralized] laws and we need more transparency. We need to stop double standards. Those who come here to work are treated like criminals but those coming here to park their money are treated like kings,” the MEP said to applause from her peers.

Maltese Nationalist Party MEP Roberta Metsola said “I come from a country where importance has always been given to both local and foreign investments. But we should never expect European countries to be used for dubious reasons like money-laundering and corruption. We cannot turn a blind eye to this.” [The editor would like to know exactly which instances of money-laundering and corruption this eurocrat is referring to. As far as we are aware, there are no examples of this occurring under the MIIP.]

Portuguese Socialist Ana Gomes, an anti-investment migration crusader whose name will be known to regular industry observers and who has stated she finds the industry “totally immoral and a mechanism to facilitate corruption”, again called for investment migration programs in Europe to be shut down, insisting that the “race to the bottom” had to end.

[Note that this is the same Ana Gomes who threatened to sue the European Council because they turned away illegal migrants who didn’t apply for asylum (and certainly did not go through a four-tiered due diligence process), saying “Europe needs immigrants”. What she means is, Europe needs immigrants who vote for the left, which is to say not people who already have money, but people who arrive in Europe specifically to collect state handouts.

Why, with socialism’s incontrovertible historical record of death and decay, and even current examples in Venezuela, is it still acceptable to be a socialist in 2018? It is not surprising to see, again, leftists insisting that the centralized authorities of the EU should interfere with the sovereignty of its member states and further centralize power at the top; socialists hate freedom of choice and oppose a population’s ability to make their own decisions. ]

Maltese Labour Party MEP and former Prime Minister of Malta, Dr. Alfred Sant, called the protestations against citizenship by investment “hysterical claims by some whiter than snow” and demanded opposing MEPs present actual cases of abuse rather than make blanket statements of money laundering. He pointed out that the due diligence process was rigorous and that the programs were “legitimate tools of policy”, according to Malta Today.

Meanwhile, the European Commission announced during the same European parliamentary debate that it would be preparing an analysis on European citizenship by investment programs, according to TV Malta:

European Commissioner Violeta Bulc announced this during a debate at the European Parliament which discussed the IIP run by various EU members, including Malta.

Bulc said that by the end of this year, the Commission will publish a report about these schemes.

Commissioner Bulc, however, also had to acknowledge that the Commission’s remit on the matter of CIPs was limited. [Thank God! Can you imagine what an authoritarian monolith Europe would be if MEPs had free reign and didn’t have to operate within the political limits imposed on it by national sovereignty?]