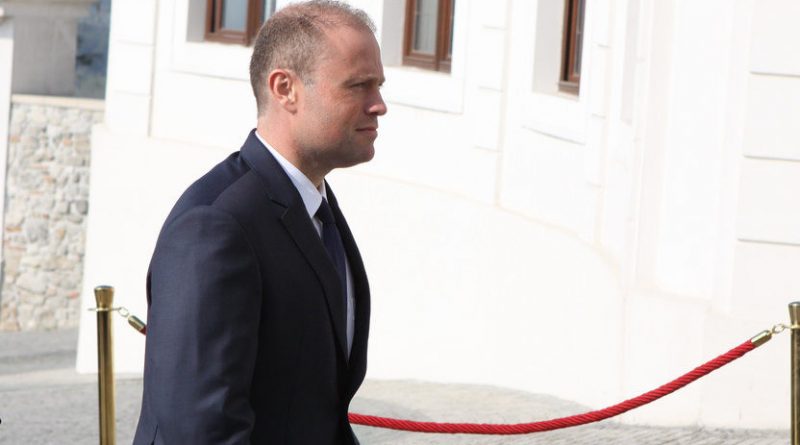 Maltese Prime Minister Joseph Muscat’s attendance at a citizenship by investment seminar in Dubai just a week after the assassination of Daphne Caruana Galizia offends the sensibilities of the country’s opposition. It shouldn’t.

“Unbelievable. The country is in an unprecedented crisis and our Prime Minister is off to sell passports,” wrote Simon Busuttil, a former leader of the Nationalist Party discarded following his resounding defeat in the general election this summer.

“It is unbelievable that Prime Minister Muscat is still actively advertising the Golden Visa Programme. The Maltese Government has a very questionable reputation anyway these days, and the Prime Minister’s behavior a few days after the death of Daphne Galizia Caruana is simply appalling”, said Werner Langen MEP, a pearl-clutching eurocrat decidedly opposed to the notion of national sovereignty, as evidenced by his declaring he would “call on the European Commission to take action and put an end to citizenship for sale in the EU.”

Being offended is not an argument. Nearly all the criticism levied against Mr. Muscat’s decision to fly to Dubai rests on a foundation of indignation and perceived violations of the “sanctity” of citizenship. I only saw one possibly valid argument against Muscat’s attending the conference, in an editorial in the Malta Independent, which held that he should have been in Parliament acceding to a discussion of demands that “called for the removal of the police commissioner and the attorney general, and for the government to replace them with two other nominees approved by two-thirds of Parliament.”

But couldn’t he have done both? Couldn’t he have “acceded” to such a discussion over the phone, or via email, while still attending the conference in Dubai? I’m not sure exactly how the parliamentarian system works, but they have one in Antigua & Barbuda too, and PM Browne showed he was perfectly able to conduct affairs of state while on the road as he fired his minister of tourism during a stop-over in Jordan this week.

Opposition figures and Galizia’s family made it clear that Muscat would not be welcome at the national demonstration for justice staged in the wake of the murder – the prime minister duly announced he would stay away so as not to provoke anyone –  and also decried the involvement of the incumbent Maltese government, police, and judiciary in the murder investigation, on the grounds that they were all, at some point, targets of Daphne’s scrutiny and criticism, and therefore could not be relied upon to remain impartial.

Until recently, I paid very little attention to current events in Malta, so I shan’t speak to the validity of these claims. They may be correct, for all I know, and perhaps the executive, legislative and judicial branches of power should all recuse themselves and hand over the investigation in its entirety to the Scotland Yard, or the FBI, or the Daily Mail. But if the opposition thinks Joseph Muscat a) should not participate in demonstrations commemorating Galizia and b) should have nothing do with the investigation, how can they complain that he distances himself from the situation by more than 2,000 miles?

If I stay there will be trouble…

Consider Muscat’s dilemma: If he eschews the Dubai conference in favor of getting involved with matters back home, the opposition will waste no time in accusing him of nefarious interference in the investigation of the murder of someone who was an unyielding thorn in his side. If he does go to Dubai, the opposition will castigate him with equal fervor. I mean, the guy can’t win!

I have no idea of whether Joseph Muscat committed the transgressions of which Galizia accused him. Like politicians everywhere, he is probably no saint. But I don’t see that Malta should be canonizing Galizia either. While her demise was an unmitigated tragedy, an assault on journalists everywhere, and an injustice of continental proportions, the savage manner in which her life was ended does not automatically validate her views. She may have been correct about a great many things, and she was without question a woman of tremendous courage but, at least in the case of her crusade against the MIIP, she misapplied it.

Damned if he did and damned if he didn’t, Muscat picked what to me seems the most rational option. While speaking at the Dubai seminar, he said the IIP is just one of the components of Malta’s strong economy and indicated the country would do well even without.

Mr. Muscat is right. MIIP-related investment and contributions account for a little over two percent of the country’s GDP and about four percent of the government’s revenue. Malta is by no means dependent on CIP-revenue, unlike its Mediterranean neighbor. Malta is a highly diversified economy, and the IIP is far from its biggest contributor; Online gaming, financial services, and tourism are the mainstays of this Mediterranean Tiger economy, which sported a 6.4% growth rate last year, the fastest in the EU.

Though a small share of the economy as a whole, the program has been instrumental in helping the state balance its budget; In 2016, the MIIP constituted the difference between black and red fiscal figures, and the €112.9 million surplus compares favorably to the €104.1 million deficit recorded in the previous year.

What’s more, Malta’s economy grew at a clip one-third higher than it would have without the program. The prime minister’s presence at conferences and his endorsement of the MIIP lend credence and gravitas to the program, playing a critical role in attracting substantial, high-quality investment to the islands. If, by speaking at a handful of conferences each year, the PM can raise Malta’s GDP by several percentage points, then doing so is a wise course of action. In fact, a strong argument could be made that not doing so would be negligent.