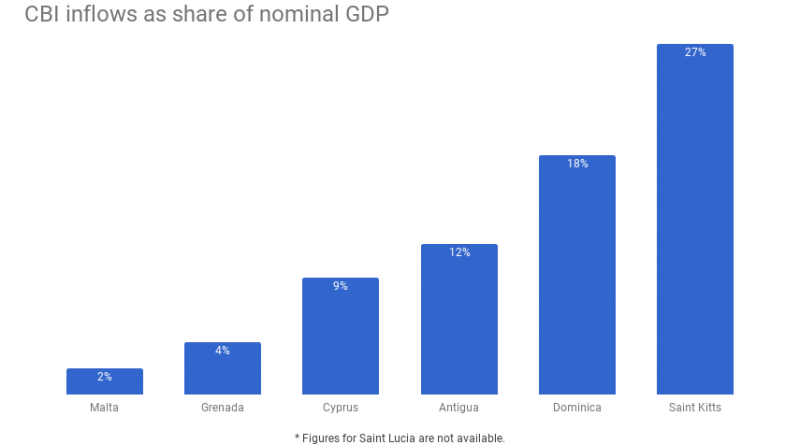 It’s difficult to overstate the significance of citizenship by investment programs to Carribean economies. While there’s no way to measure with any degree of accuracy the indirect contribution CBI has on a country’s GDP – such as the employment created by new real estate developments and the added disposable income spent by those hired to erect them – even ignoring such trickle-downs, the story told by the readily traceable sums alone is one in which CBI is a mainstay of Caribbean economies 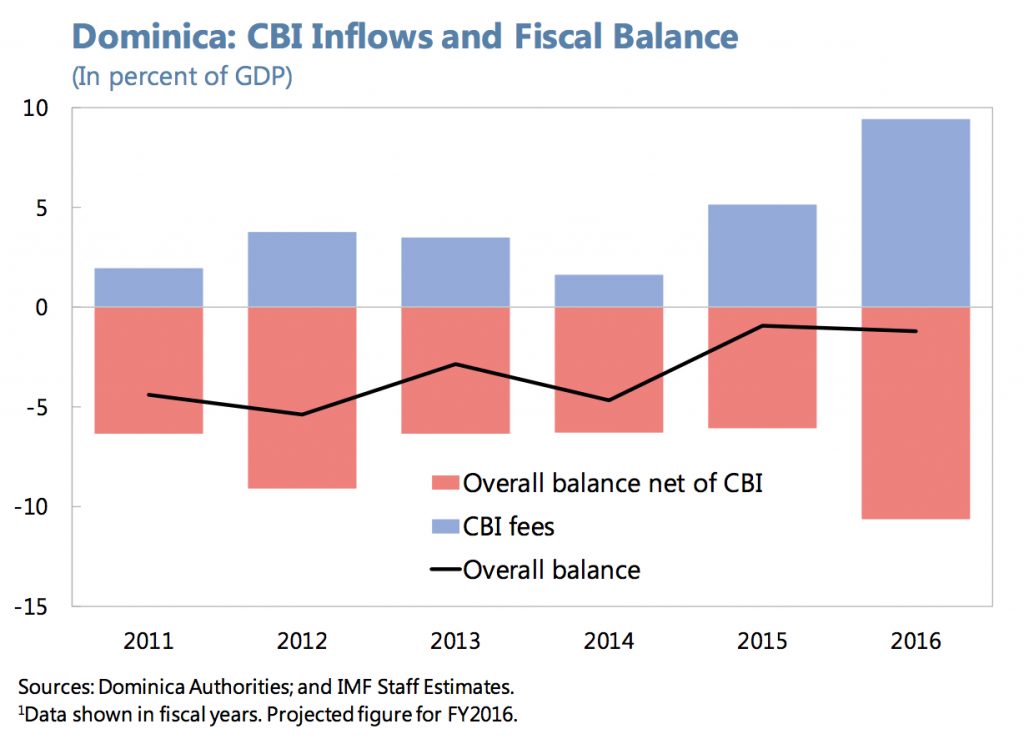 In 2015, Tropical Storm Erika decimated (in the literal sense of that word) Dominica’s economy, reducing commercial activity on the island by nine-tenths. The country’s CIP played, and still plays, an integral part in rehabilitation efforts and is the main source of funds in the construction of housing projects designed to resettle hundreds of Dominicans who lost their homes in the disaster.

Gaston Browne, Prime Minister of Antigua & Barbuda, said in 2015 that CBI-funds represented about a quarter of his government’s revenue. For every 25 applicants who choose the program’s real estate option – which 47 of them did last year – the Antiguan economy grows by one percent.

Already by the CIP’s second year of operations, Grenada made twice as much selling passports as it did selling all its other export goods – nutmeg, cocoa, bananas and so on – combined. 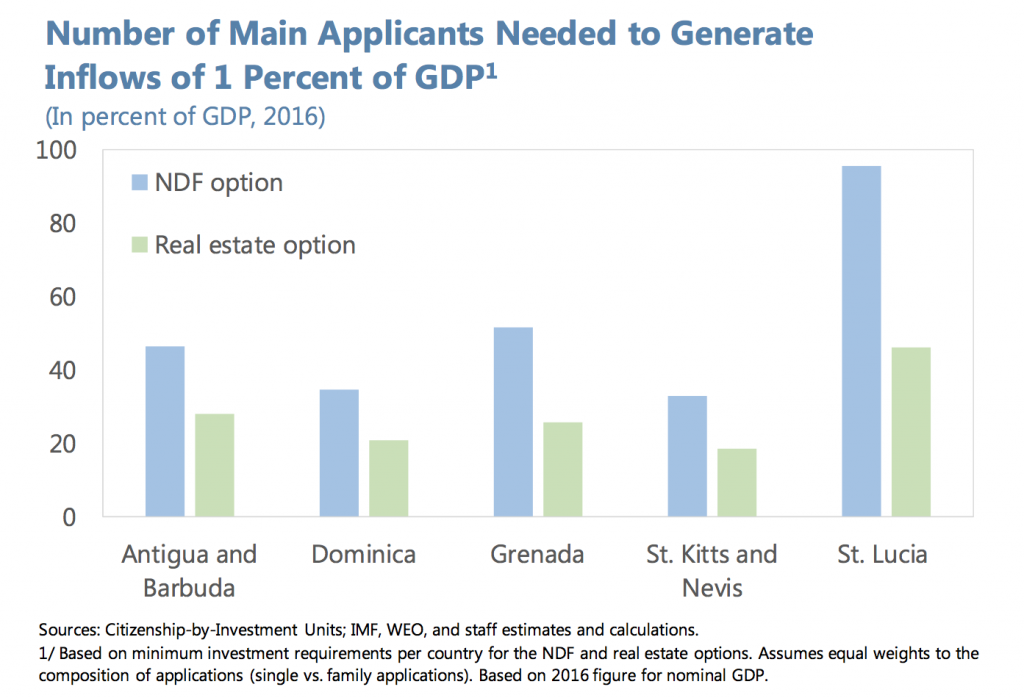 In Saint Kitts and Nevis, passports are the new sugarcane. At its peak in 2013, before the entry of fierce competitors Grenada, Saint Lucia and Antigua, CBI inflows (directly) accounted for close to half the country’s GDP. Even today, nearly a third of the economy is directly attributable to the program.

Investment Migration Insider recently reported that the Cypriot economy is altogether dependent on its CIP to maintain positive GDP growth and that without it, the country’s economy would be in the doldrums.

Malta is perhaps the only country that could wean itself off its citizenship program with relative ease. The economy grew by EUR 650 million last year (a rate of some 6%) and only about a third of that arose directly from the IIP. 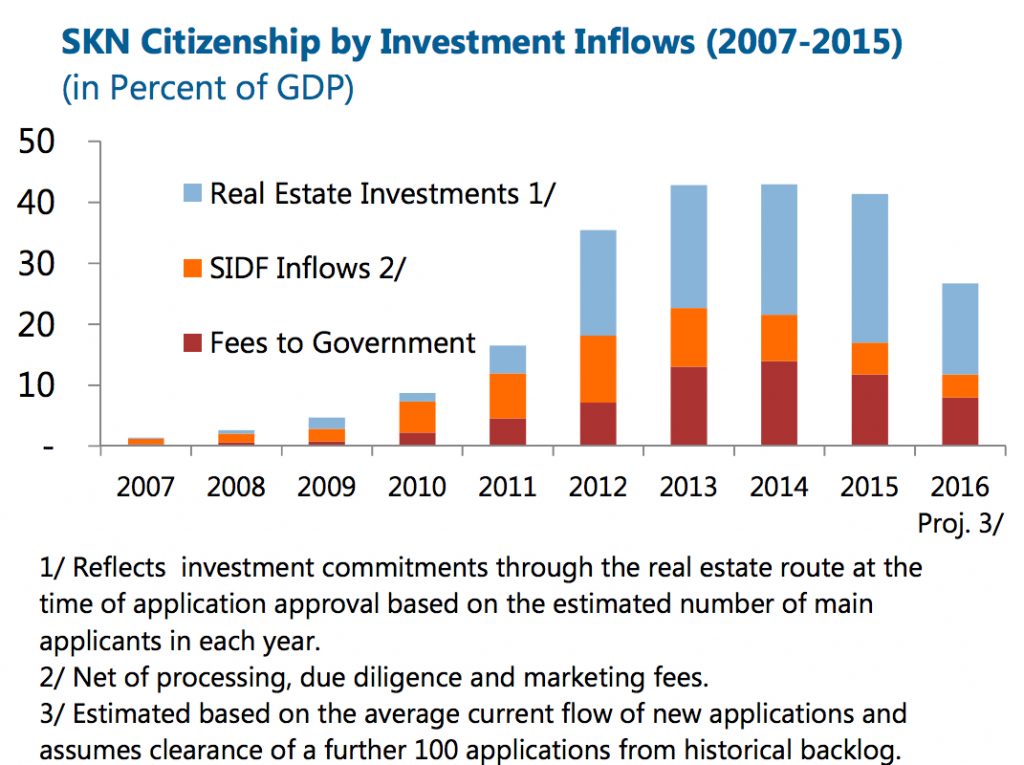 Selling, as they are in essence, visa-free access to other jurisdictions (chiefly Schengen), CIP-countries are perpetually at the mercy of capricious rich-world governments and supranational organizations like the EU. The Caribbean states, along with Cyprus, should be wary of becoming reliant on passport sales for growth, for that is a rug that may all too easily be pulled from under their feet at the drop of a hat.

Many thanks to Mr. Trevor Alleyne, Chief of the IMF’s Caribbean Division, for providing estimates.