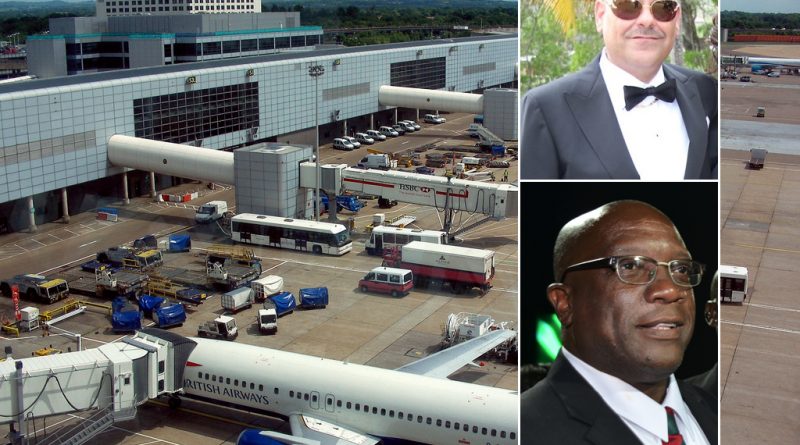 In an email (seen by the editor) sent from Patrick Reilly head of the UK’s Foreign and Commonwealth Office’s Caribbean, Central America & Mexico Department and addressed to Antigua & Barbuda’s High Commissioner in London, Karen-Mae Hill, UK officials have elaborated on the background for Asot Michael’s arrest at London Gatwick earlier this week.

Until his arrest and sudden dismissal by Prime Minister Gaston Browne, Asot Michael was the Minister of Tourism and Investment in Antigua & Barbuda and had special oversight over the real estate element of the CIP. According to one commentator, “Asot Michael was effectively responsible for all real estate projects intended for the Citizenship by Investment Programmes.”

In a statement to the media, the Democratic National Alliance, a newly formed political party in Antigua & Barbuda, said the arrest had dealt “another blow” to the reputation of the country, and also indicated that the Prime Minister’s immediate reaction – relieving Michael of his duties and portfolios – was perplexing.

That sentiment is echoed in an editorial in Antigua Observer, which described the PM’s reaction as a puzzling “departure from the slow-moving response to previous allegations of wrongdoing by other officials,” and cited a number of cases in which the Browne administration had adopted a wait-and-see attitude when faced with criminal charges against its cabinet members, rather than taking the approach of summary dismissal as was the case with Mr. Michael.

The scant information regarding the context in which the arrest was made, as well as the Prime Minister’s curiously decisive action on the matter, prompted a variety of hypotheses.

“Was Prime Minister Gaston Browne aware that the net was circling on Michael? And was this why he recently reduced the price of the country’s citizenship, reducing the cost for a family of four to US$100,000? While neighbouring countries such as St Kitts & Nevis and Saint Lucia cried foul, PM Browne was adamant that desperate times called for desperate measures,” speculated Victoria Ashby, a freelance journalist based between London and the Caribbean, in an email to the editor, and went on to suggest that industry commentators were “certain it was a last-ditch attempt to raise capital through citizenship before Asot’s arrest.”

Also worth noting is that Prime Minister of Saint Kitts & Nevis, Timothy Harris, has now suddenly and without explanation canceled his trip to the very same conference – the International Emigration and Luxury Property Expo in Cannes – at which Asot Michael was scheduled to speak before he was arrested in transit at Gatwick. Harris was, likewise, scheduled to transit at Gatwick.