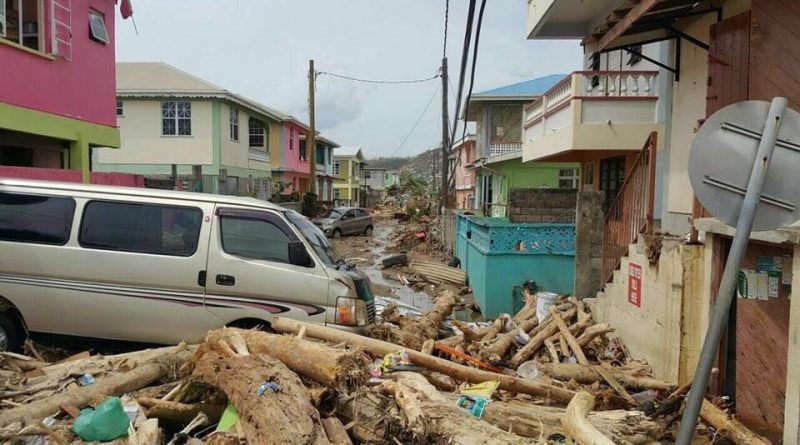 Prime Minister Roosevelt Skerrit of Dominica has declared a State of Emergency and instated a curfew from 4PM to 8AM. The BBC reports that at least 15 individuals have suffered fatal injuries, while a further 20 are missing.

PM Skerrit, who is slated to address the UN General Assembly in New York later today, has said that his island will need all the help it can get and that the last few days had been “brutal”.

Addressing a community of Dominicans evacuated to Antigua yesterday, Skerrit said “it is my hope that we do not have any more deaths. Farmers recount to me they were at their homes, their roofs went, they went to shelter somewhere else and that roof also went, so there was very little escape.” and further explained that, thankfully, most Dominicans had heeded the admonitions to seek shelter and that most of the shelters had been able to withstand the onslaught of the Hurricane.

“We’ve never seen such destruction. It’s unprecedented,” a dewey-eyed Skerrit told ABS TV on Thursday. “Everywhere in Dominica has received a serious beating. Every part. If it was not by the wind, it was by the river.”

The country’s main hospital is without electricity, and even the backup generators are out of commission due to flooding. Communications to most parts of the country are impossible.

Dominica is now in urgent need of:

You can help by visiting www.dominicarelief.org to send a personal or corporate donation.